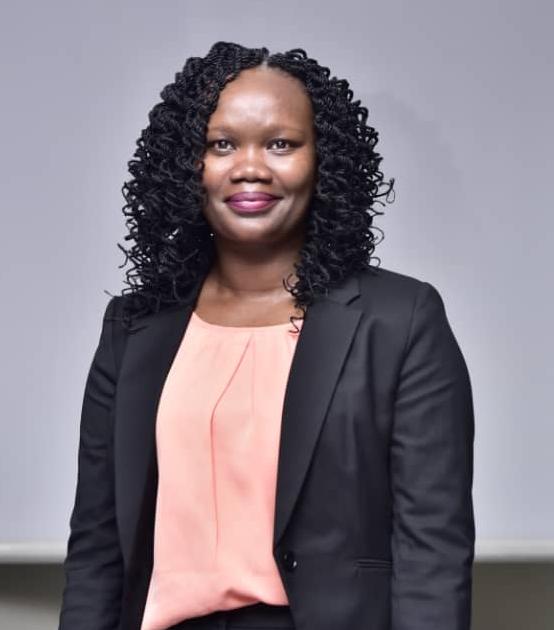 We interviewed trustee Cathy Anite to learn more about what has inspired her work and her achievements thus far.

Can you tell us a little about yourself?

I am a passionate Human Rights advocate and freedom of expression enthusiast. In 2018, I founded the Freedom of Expression Hub to promote and defend freedom of expression in Uganda and Africa. We achieve this through research and documentation, advocacy, strategic litigation, strategic collaborations and capacity building initiatives. Most importantly, we would like to see a favourable environment for the media and citizens. It is crucial that judiciaries and quasi-judicial bodies respect the role of the media, especially when bringing citizens closer to the justice system.

I am currently a Trustee at Media Defence. The organisation has done an incredible job in providing legal assistance to journalists and independent media across the world. I have previously been an Advisory Council member at the International Center for Not-For-Profit Law. More recently, I joined their Board of Directors. In Uganda, I sit on the Board of the Media Challenge Initiative. They work to empower young journalists with skills that will enhance their work – especially in the digital era.

I also work as the Global Programmes Director of the UPROAR project at Small Media Foundation. We champion digital rights in over 30 countries across Africa, MENA and Central Asia. In July 2019, Lord Neuberger, the former Supreme Court President of the UK, and Amal Clooney, former UK Special Envoy on Media Freedom, appointed me to the international High-Level Panel of Legal Experts on Media Freedom. The remit of the Panel is to advise governments on preventing and addressing abuses of media freedom. Our work can be accessed here.

What motivated you to become a lawyer in the Freedom of Expression space?

My time volunteering at the Human Rights Commission, which was basically tackling human rights in their broad perspective, inspired me. One day, a journalist walked into the Commission to file a complaint against violation of media rights by security forces. I recorded their complaint and, in the process, a conversation ensued on the lack of specialised legal support for media practitioners. This despite the enormous work-related challenges and constant violations of their rights by both state and non-state actors.

Like they say, the rest is history! I then decided to join a newly formed organisation – the Human Rights Network for Journalists where I founded the Legal Department and became Chief Legal Officer. We provided pro-bono legal services to hundreds of journalists and media houses within the country and became the go-to organisation for media legal support. We managed to pursue judicial and administrative remedies for several media practitioners. Moreover, we rallied support for media rights at different national, regional and international platforms.

What are the biggest challenges to Freedom of Expression in Uganda?

The space to enjoy freedom of expression is closing as the state fosters unnecessary legislative and policy restrictions. There is a plethora of laws and practices that are inimical to freedom of expression. These include the Press and Journalist Act that severely restricts the practice of journalism through an onerous registration regime. Note that the legislation fails to institute the bodies mandated to register journalists. In addition, authorities have invoked the Uganda Communications Act and its ambiguous minimum broadcasting standards to inhibit expression. The vaguely worded provisions on offensive speech and cyber harassment under the Computer Misuse Act have been used to silence critics. Finally, many journalists have also been charged with criminal defamation under the Penal Code Act.

There is a worrisome trend of violence against journalists, alongside arbitrary charges, arrests and detentions, and destruction of equipment. Blocks on accessing news scenes and regulatory overreach have only compounded matters. Mostly this arises from criticism of the regime, and reporting on opposition activities. This has contributed enormously to the difficult operational environment for freedom of expression. The advent of the internet has also exacerbated arbitrary control of online communication, including internet throttling and shutdowns.

What have been your biggest achievements to date?

Contributing to the realisation of the right to freedom of expression locally, regionally and globally.

I believe that my appointment to international bodies or Boards of reputable organisations is a result of my contribution to advancing the right to expression.  The work I’ve engaged in over the years – be it capacity building initiatives for journalists, media workers, lawyers and judicial officers on different freedom of expression issues, or public interest litigation in national and regional courts, pro bono representation for journalists, or advocacy at national, regional and international platforms – has been very satisfying. Also, working with some of the most reputable freedom of expression experts across the world, being selected for the inaugural Mandela Washington Fellowship, and meeting President Obama are defining moments.

Who has inspired you in your work?

When I started advocating for freedom of expression and media rights, Media Defence played a crucial role in honing my skills. Ms. Nani Jansen and Mr. Peter Noorlander held my hands and introduced me to resources and people who have along the way inspired me enormously. Through Media Defence, I became an expert at the Global Freedom of Expression Project at Columbia University in New York. There I met inspirational people like Dr. Agnes Callamard, now the Secretary General at Amnesty International. I’ve enjoyed working with her, and most recently co-authored a great book with other experts entitled “Regardless of Frontiers: Global Freedom of Expression in a Troubled World.”

I’m also inspired by Advocate Pansy Tlakula, the former African Commission Special Rapporteur on Freedom of Expression and Access to Information, and Justice Mbuyiseli Madlanga of the Constitutional Court of South Africa. The latter supported my research on comparative law standards on freedom of expression in Africa. Lastly, Justice Mulenga (RIP) of the Supreme Court of Uganda still greatly inspires me for his resolve to uphold human rights, especially normative freedom of expression standards.

We would like to thank Cathy Anite for taking the time to be interviewed.