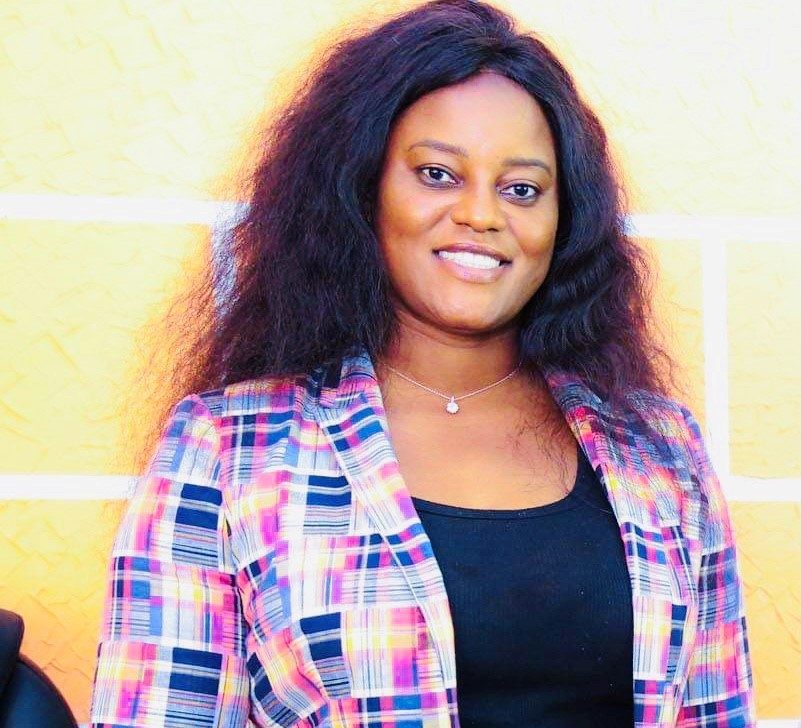 Fatou Camara (otherwise known as Fatu) is an impressive journalist. Working under a dictator, she established Gambia’s first talk show, which quickly became the most watched show in the country. In 2013, she was detained by the Gambian Security Agency. Following her release, she fled to Senegal and has since lived in exile in the US. Concerned for her family remaining in Gambia, she worked with other members of the diaspora to support the election campaign of Jammeh’s opposition, Adama Barrow, who became President in January 2017. Now, she continues her media work from the US, running a news website for the Gambian diaspora.

Fatu told us that Oprah Winfrey inspired her to start her own talk show. Growing up in Gambia, Fatu studied media and communications at the University of Birmingham. When she went back to the Gambia, she began working at radio stations, before working at the Gambia state television and twice working as President Jammeh’s press officer, in 2011 and 2013.

“When I said I want to do the show in Gambia, Gambians were like ‘oh no no no! This is not going to work. We have a dictator. If you have a TV show here you will be arrested.’ So I decided to change my topics. I started talking about marriages, divorces, and if famous people came to the country I would interview them. Suddenly, every Thursday at 7 o’clock everybody rushed to watch it. It was the biggest show on Gambian television from 2008 to 2013. When I was arrested it was Jammeh who said they should yank it off air. That was when it stopped. It was a great show.”

Federation of African Journalists (FAJ) and others v. The Gambia

On the 10th October 2013, Fatu was charged under the false news provisions of Section 59 of the Criminal Code 2009 and Section 173a of the Information and Communications Act 2013. In total, she was held in detention for 25 days. After her release, she was forced to flee the Gambia, through Senegal and to the US.

Not giving up, Fatu was brave enough to challenge the government on their treatment of journalists. In December 2015, Media Defence worked with a team of international lawyers to file the case on behalf of Fatu and three other exiled Gambian journalists. The Gambian authorities has arrested and detained them, and violated their rights. The Federation of African Journalists (FAJ), acted as a representative of all the Gambian journalists, bringing the case on their behalf.

In February 2018, The Court of Justice of the Economic Community of West African States (ECOWAS) delivered a landmark judgment finding that the Gambia had violated the rights of the four journalists through laws criminalising speech and the action of the Gambian authorities. The ECOWAS Court expressed, in the strongest terms, the crucial role that the media play in society and unequivocally condemned the enforcement of criminal laws against journalists for carrying out their jobs.

Fatu explained that the culture under Jammeh terrified journalists and forced many  into exile. Some of those that stayed were under obligation to report Jammeh’s news whenever he requested it, and failure to do so could lead to jail.

“Following the case, journalists no longer fear violence in Gambia. Without this case, I think the new president would also try to treat the media in a certain way. So I think this really helped in getting them to understand that the media should be allowed to do their work. In that they also have a stake in development, and that they are partners with you. So, they must be allowed to do their job.”

It is well documented that critics and opponents attack female journalists both on and offline for their work. They are increasingly using the threat of sexual violence and murder. Unfortunately, Fatu is no exception to this and has found herself the target of hate campaigns for her reporting. What’s more, these attackers have even photoshopped her face onto explicit images.

“It’s tough. Being a woman, trailblazing and not married. So when you are like that in Gambia, that’s when you are called all kinds of names. Because they don’t like strong women. That’s a big challenge. They keep boxing us in. I’m always labelled as something. So now I understand that it does not really matter. All that matters is that I do the right thing, do my job and not worry about what they’re saying.

Life beyond the case

Now, Fatu Camara runs The Fatu Network, splitting her time between Florida and The Gambia, managing an international team of journalists. Importantly, she is now able to talk openly about politics, encouraging fellow Gambians to learn about the significance of voting, and understanding the different political parties.

“We’re bringing shows called Know Your Candidates. We write about the candidates and their policies, then we present it to the people. After this, they can make a decision on who they want to vote for. Most of the politicians want me to endorse them, but I will not do that.”

Fatu has worked in media all her life and has no intention of stopping. Now, along with her team at Fatu network, she is focussing on the upcoming elections.

“I was fighting for my country because we had a dictatorship. I said our democracy may not be perfect, but it is a democracy. Let the politicians work it out between themselves. All we need to do is read their policies and manifestos, see what they can do and make sure we bring it to the public.

Now I can write what I want without fear.”

We would like to thank Fatu Camara for her time, as well as supplying the images.