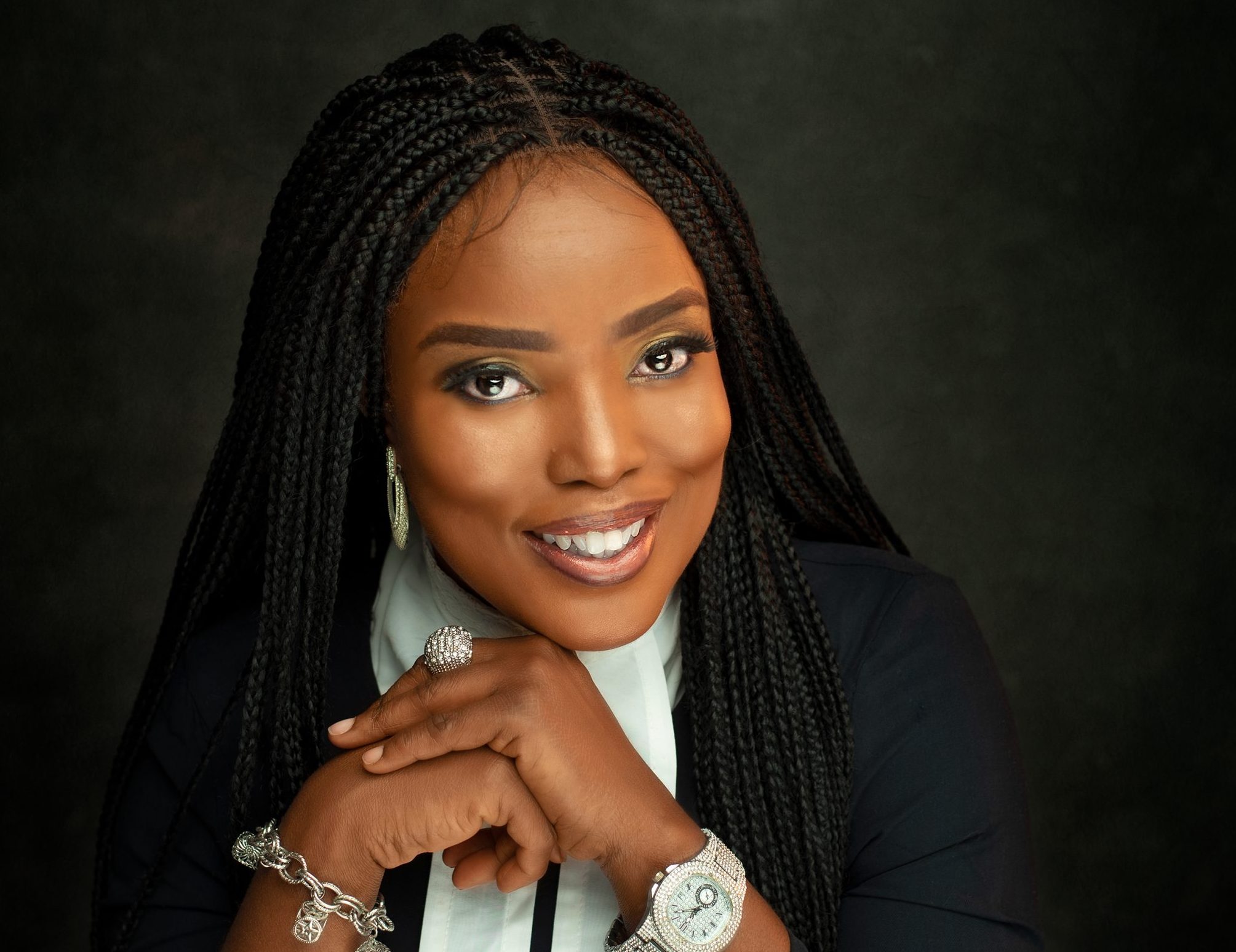 Mojirayo Ogunlana-Nkanga is a prolific human rights lawyer working in Nigeria. She successfully applied to attend the 2018 Media Defence West Africa Litigation Surgery. Since then she has worked on several major cases with Media Defence including the Twitter Ban case in Nigeria, the Internet Shutdown case in Togo, and the Guinea Internet Shutdown case.[1] She specialises in defending journalists and gender rights, and is currently the General Secretary of the Abuja branch of the International Federation of Women Lawyers (FIDA).

What impact has the relationship with us had on your work?

Defending the media is something I’m passionate about. So to find an organisation which makes it seamless and offers support all the time is great. A lot of journalists that come to me do not even have money to fund their legal defences, so with Media Defence there, it has been very good. It has also opened the horizons of digital rights and allowed us to identify new and emerging issues. It’s been a wonderful ride, really.

Can you tell me more about your work in gender rights?

Gender is another passion I have. At the ECOWAS court, I was able to represent some organisations such as Amnesty International Sierra Leone, defending girls’ rights in Sierra Leone. Some of those girls were being kept away from school because they were pregnant or they had given birth. The government was trying to discriminate against them and I am happy that we were successful in that case and in so many cases like that. Last year I got a judgement in a case where women were picked up at night and tagged as prostitutes. That was in 2019. We finally got a judgement in the courtroom. In six cases a judge stated that the Nigerian government had breached their right not to be discriminated against. They were awarded between 2 million and 4 million Nigerian naira (CK) depending on the gravity of each of the cases.

Apart from litigating cases, I still volunteer for an NGO operating in Nigeria and internationally, The International Federation of Women Lawyers (FIDA). They educate women and children on their legal rights. I’ve been volunteering with FIDA since 2014 and I’m presently the general secretary for the Abuja branch. My term runs from 2022 to 2024. I totally believe in an equal world. And we have not gotten anything close to equality in Nigeria. Right now, I’m looking at how many female lawyers in Nigeria have been called to become Senior Advocates of Nigeria. I’m almost at the middle of the list and I’ve only been able to find 22 women. Compared to over 100 men. So it really fuels my passion.

What are the issues your face?

Well, being a woman lawyer is not easy. I really found that we do more work to prove that we are good. I worked in a law firm at some point where the men were being paid more for the same job. Until today, you still see women being treated that way and it’s unfortunate. I know that women lawyers who put their heart to doing a particular thing do it well. They do it better in fact.

In the court room you face discrimination too. You want to announce your appearance and then the judge is asking you, ‘are you a Miss or a Mrs?’. And I feel it’s very discriminatory. You don’t tell me whether I should be a Miss or a Mrs. What you should be concerned about is that my name is Mojirayo Ogunlana-Nkanga. Simple as ABC. Because you don’t ask my male colleague if they’re a Mister. Then, for the people who have sat on the bench, we have a limited number of women judges. In fact, I’m just realising that we’ve never had a female Attorney General of the federation. That’s also painful. There’s a lot of politics, you always get screened out, never in.

And how do you challenge this?

We’ve found out, of course, that when it comes to finances, it’s men who hold the economic power – but we try to challenge this is in our careers. We just keep doing our best, keep pushing. Keep advocating. Keep sensitising. We have been trying to break that ceiling. In the Nigerian bar association, as a body of lawyers, we try to run for positions, and the women gather around other women to give them support, so that she can get to where we want to go. We’ve only ever had one bar association president who is a female, they are always male. So, there’s so much we’re contending with.

How did you find the training of trainers through Media Defence? What did you enjoy? What was useful?

I’ve never seen a time that I’ve joined a Media Defence training and it has not been useful. There’s always something new to learn. Because Media Defence is actively partnering with lawyers and litigating cases, so it’s always active. This makes it easier for you to understand a particular topic. Rather than the topic being abstract, they can show you the case and how it was applied and it becomes more alive. At the Training of Trainers, I enjoyed putting the segment about presentation skills into practice. I used those notes when I was organising my own. I really took a lot away and I used it, and it worked, it was a successful litigation surgery. As I said, there’s always something useful.

What’s the long-term impact of the litigation surgery?

The participants stay in touch. We do not collaborate yet in court litigation, but we will if possible. All of us share knowledge, information and resources. We have a community, and sometimes we come in and give opinions on a particular matter which might have been filed elsewhere. With whatever we’re doing individually, we’ve gotten to the point where we can invite each other to our individual programmes. Another member of the DRAP network invited me to come and be a facilitator. So that’s another way we work together. Then, when I was doing the digital rights surgery, I invited two of the Media Defence alumni to be facilitators. So we work together like that.

Can you tell me about a case that’s important to you?

For now, it will still be the Togo case[2]. I like it because it more or less says that we have the right to the internet. We are hoping to firm that up in the Guinea case. Stamp it directly, pushing the court to say it: the right to the internet is sacrosanct to humanity. If we get to that point, it’s easier to sue a lot of governments for shutdowns. I love it because I personally believe that the internet is our life. No one should take that away from us.

What are the biggest issues you see facing freedom of expression in Nigeria right now?

The Nigerian government itself. There are a lot of governments all over the world having issues with freedom of expression, no government wants to hear you tell them what they’re doing is not right. But when you have a government that can be brazen enough to shut down Twitter for more than 200 days and not care, it is really bad. And when the judgment is about to be given, the court adjourns the case every time. It makes me worry that the government is more powerful than the people themselves that are supposed to be the power. This is where my main challenge is.

Do you worry about your safety when you speak out against them?

Yes, I do have moments when I’m worried. Of course I believe that Media Defence have always put me through the right networks. That they can always find a safe place for me. That does stop my mouth from running! But I will not be frightened. If we can’t keep it up, then what will disenfranchised people do? We have to just be strong and keep pushing and doing the best we can. Even at the cost of thinking about our lives

We are grateful to Mojirayo Ogunlana-Nkanga for her time and for participating in this interview. If you would like to read more from participants of our Digital Rights Advocates Project, you can read also our interviews with Gosego Rockfall Lekgowe, Michelle Mwiinga, Louis Gitinywa, Mercy Mutemi, Tonny Kirabira and Solomon Okedara.

[1] This is on hold due to the recent military Coup d’État in Guinea.

[2] On June 25th 2020, the ECOWAS Court handed down an important decision for freedom of expression, digital rights, and press freedom, finding that Togo, by shutting down the Internet in 2017, violated the rights of the plaintiffs – seven Togolese NGOs and a journalist. The Court awarded damages to the plaintiffs, and ordered Togo to put in place a legal framework protecting freedom of expression that is consistent with international human rights law standards. The Court also ordered Togo not to shut the Internet down again.