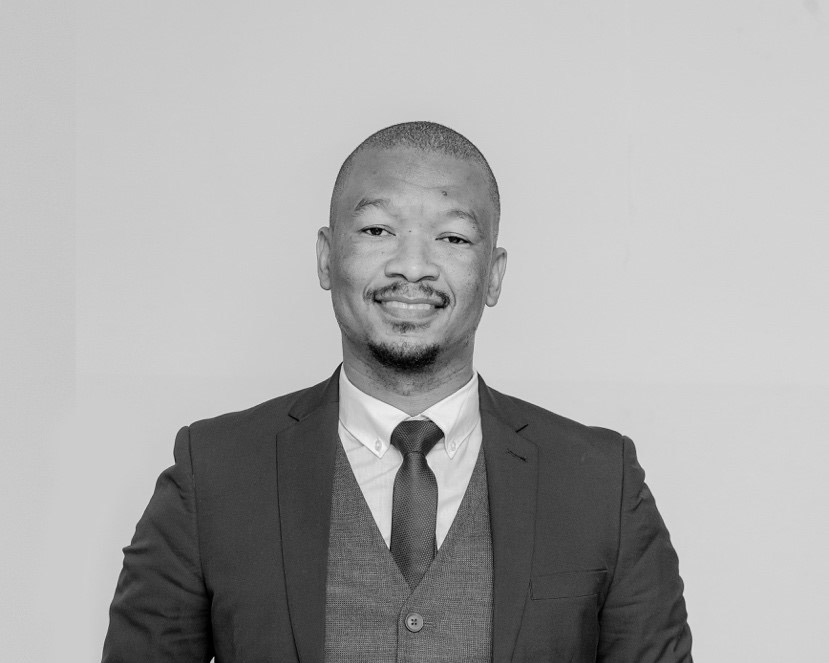 Gosego Rockfall Lekgowe met Media Defence through a client and journalist whom he was assisting with a defamation case. He attended the Southern Africa litigation surgery in 2019, and since then has continued to collaborate by attending the Internet Governance Forum, and our recent peer to peer learning event for lawyers in Sub-Saharan Africa.

Gosego Rockfall Lekgowe graduated from law school in 2010 and started practising. He worked in law firms for five years and, in 2015, opened his own law firm in Botswana, The Rockfall Lekgowe Group. He has a clear passion for human rights, and it was this law firm that handled Motshidiemang v The Attorney General, in which the High Court of Botswana held that sections of the Botswanan Penal Code criminalising same sex relationships was unconstitutional. The law firm is also handling Mathe V The Attorney General, a case in which a mother is challenging provisions of the Citizenship Act that prohibit her children from holding dual citizenship. Alongside practising law, he also teaches at the University of Botswana. Additionally, Lekgowe is now undertaking a PHD at the University of Birmingham.

What did you learn at Media Defence’ litigation surgery on digital rights?

The first training I attended was in Johannesburg. That was when I was first introduced to digital rights. The idea of looking at these rights as a specialised type of human rights. I believe that most developing countries, including Botswana, introduced cybercrime legislation due to coercive ‘persuasion’ from developed countries. The citizenry was not adequately educated and consulted on the laws. Even universities were not involved. So the digital rights workshop placed me in a better position to look at these laws and to be able to see and understand what was happening. We had one case where we thought of challenging a provision of our cybercrime act. I presented this idea at the surgery and we discussed it with colleagues who attended. Then, after, I happened to have a client who had a related issue. Now, we are challenging it but we are still at the magistrate’s court.

The thing with the surgeries is that they will invite experts in the field. I remember in one of them, there was a lawyer from one of the top law firms in South Africa who came and presented on defamation cases that he had handled. Media Defence gave us training materials for free and I use these at my law firm when I work on my arguments. They summarise everything. It makes the job of legal research easier.

The problem is that we aren’t litigating many of these cases in Botswana. In South Africa and Kenya there is much more litigation around human rights issues. I learnt from Media Defence surgeries with colleagues from Kenya and Nigeria. They litigate many more cases. That is the reason why I formed Section 18 – Human Rights Forum. I want these cases to go to court.

I was actually inspired by Media Defence. I always attended Media Defence events and they would talk about these organisations who litigate big cases. Because there is funding and support, such as Media Defence, which makes it inexpensive for the lawyer and the litigant, I knew that litigating some of these cases was easier. It is named Section 18 because it is the section of our constitution that allows you to challenge human rights violations. The focus of the organisation is litigation but we will also consider advocacy campaigns.

The organisation is run by a combination of law students and lawyers. Currently, we have a lawyer from my law firm in the board of governors. I have also invited a lecturer from another university specialising in media law to join the board, as well as my colleague from the Media Defence training. I’m still building the board to make sure the skill set is diverse.

What are your plans at Section 18 – Human Rights Forum?

We are considering one case now. Access to the internet is very important. Unfortunately, during Covid, the government terminated access to E-Laws. This is the only facility in Botswana that has legislation and court cases online that the public had been accessing for free since 2013. All of a sudden it was terminated. The government didn’t say anything, just stopped it. People don’t have access to cases now. We issued a press release on it and are planning to serve notice to sue the government for terminating it.

What are the biggest challenges to freedom of expression in Botswana?

Defamation suits. Our laws allow a plaintiff to easily win a case against a media company. If I decide I have been defamed, and file a suit, there is a presumption that it was done deliberately. From there it becomes difficult to defend the suits as we don’t have freedom of information laws. So when newspapers report, its highly likely to be speculation. Or, if it’s true, they are unlikely to get the material evidence. The government doesn’t give out such information. It’s also tricky to call in government officials, who provide the media with information secretly, to testify in court. If there were freedom of information laws, newspapers would have access to this information.

What are the penalties for defamation?

You also have the courts granting these high awards in defamation suits. Some of these awards are too much. These guys are not making money, you know? This is one issue I feel strongly about. I have already discussed it with the legal team at Media Defence. For example, in the UK there is a Defamation Act. In South Africa, the awards are much smaller. In the USA when you sue, you need to show that there is malice. This is not there in our law. If you prove the newspaper mocked you, the newspaper goes bust. In the cases I’m talking about it is public officials: ministers, judges. But it never mattered that they were public officials who should anticipate such. I will be writing a paper on this soon.

We handle many of these cases at the law firm. It saddens me. In Botswana, if you are unlawfully detained, you will not be awarded a big settlement in terms of damages. It could be around 5,000 BWP (around £340 GBP). However, the amount awarded for defamation may be around 200,000 BWP (around £13,300 GBP). Politicians and ministers in the ruling government launched most of these cases. So that’s one of the issues I want to look at. Looking at the decisions of the defamation suits and understanding the motivation behind such large awards. We are probably the most exorbitant country in terms of the size of financial penalties the courts order. We don’t even give such large awards in employment suits.

Are the courts receptive to your arguments?

The courts are becoming receptive. You will always have judges who do not fully appreciate some legal issues. If you fail at the High Court at least you know there is the Court of Appeal. There, we have this system of inviting foreign judges. The Judge President looks at the matter and if he thinks there is need for expertise from outside he will call in a judge from South Africa, or another country. When I was a student, it was presided 100% by judges from South Africa. I hated that. Now I’m starting to understand why it’s important to have these foreign judges because you know they have experience in different types of cases, and will give good judgements. So we benefit from that. When you read the decisions these judges are involved in, you can see the direction of the law.

In a recent judgement written by a judge from Australia (I believe) you could see some infusion of a more liberal approach to defamation law. He gave the defence of reasonable publication and the way he crafted it was interesting. So the courts are becoming receptive. It’s an interesting topic; how these judges have promoted dialogue of norms from other jurisdictions.

Currently, those who draft bills in Botswana are very powerful as there is no active public participation in intensely researching or engaging over bills. Civil society organisations with the backing of Media Defence are helpful because if we have a bill, we can always talk to Media Defence and discuss it in surgeries and offer and opinion paper. This is likely to improve public participation in such matters.

We are grateful to Gosego Rockfall Lekgowe for his time in  participating in this interview. If you would like to read more from participants of our Digital Rights Advocates Project, you can read also our interviews with Michelle Mwiinga, Louis Gitinywa, Mercy Mutemi, Tonny Kirabira and Solomon Okedara.