COVID-19: Governments Must Protect Freedom of Expression During the Pandemic 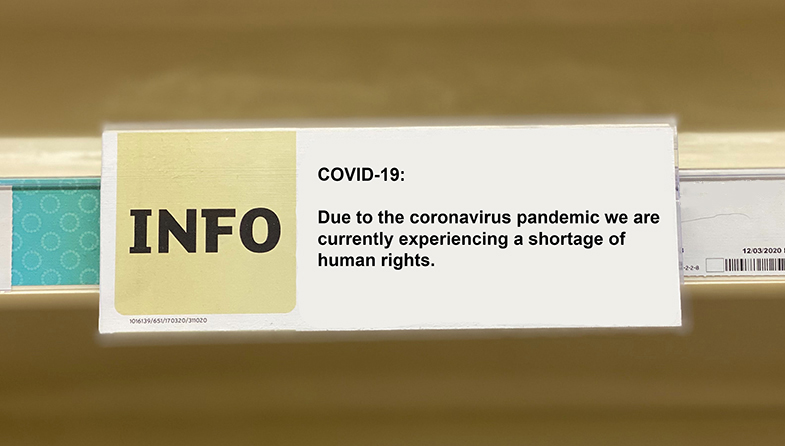 Independent media has never been so important. The work of journalists and media outlets around the world during this crisis enables the general public to stay informed about statistics, the evolution of the pandemic, and the measures being taken by governments and other international bodies. This information is vital for people’s ability to protect themselves and each other.

It is evident, however, that under the guise of fighting COVID-19, some governments are working to stifle freedom of expression and crack down on legitimate dissent.

In Thailand and Niger, journalists have been arrested after they reported on the spread of the pandemic or criticised their government’s response. In Cambodia, the Committee to Protect Journalists has documented the arrests of at least 17 people for sharing information about the virus. Some of those arrested were members or supporters of opposition political parties. In Venezuela, Iran and Gaza, journalists have also faced arrest, detention, threats and assault after reporting on the pandemic.

Even as the transmission of accurate information becomes increasingly vital to combat the spread of the virus, countries continue to shut down access to the internet. In January 2020, Ethiopia shut down the internet in its Oromia region. India, Myanmar and Bangladesh, as well as many other countries in the Middle East, Asia and Africa, continue to throttle or restrict online access. These measures impede access to information when it is vitally necessary.

In other regions, the spread of misinformation through the web has been rife, stressing the need for accurate fact-checking and the protection of fact-checkers in this digital age.

Many states are now implementing emergency measures to combat the spread of the virus. While some of these measures are necessary and justified, others grant nearly unlimited powers with no clear cut-off dates. In Hungary, proposed legislation would suspend all elections indefinitely and make it an offence to publish “distorted” facts, punishable by up to five years in prison. In Honduras, the constitutional right to freedom of expression has been suspended. Even in times of crisis, emergency measures must not function as a cover for repressive action.

Around the world, journalists remain in prison as a result of their reporting. In Egypt, hundreds of journalists, activists and human rights defenders are currently in pre-trial detention, after a widespread crackdown on government critics last year. In the name of fighting the virus, all access to these prisoners has now been shut off. There are growing concerns that those held in detention will be at particular risk of contagion and death.

On 19 March 2020, the Special Mandates for freedom of expression jointly called on governments to promote and protect access to and the free flow of information during this pandemic. Media Defence strongly echoes this call. We recognise the critical need to defend journalists and media outlets throughout this crisis. We will continue to provide assistance through emergency legal support, strategic litigation and local capacity building.