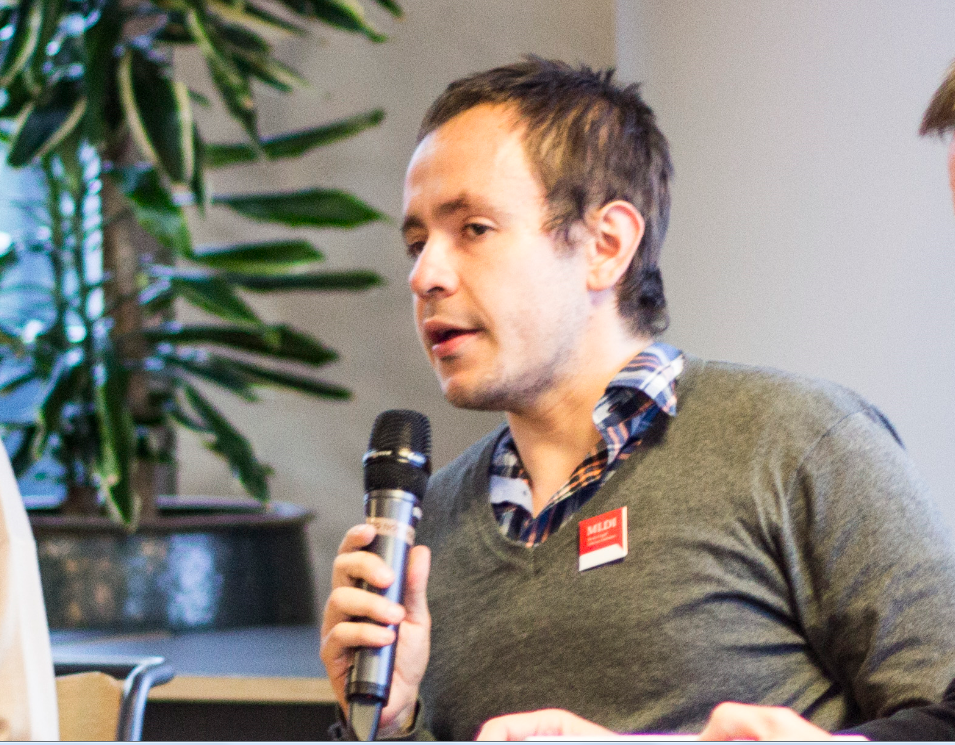 On 5 July 2017, Pedro Vaca, director of Foundation for Press Freedom (FLIP), MLDI’s partner in Colombia, gave a presentation during a hearing at the Inter American Commission on Human Rights (IACHR) on press freedom in Colombia. That same day, State’s officials responded to some of FLIP’s observations. Below, our  guest blog by Emmanuel Vargas Penagos* shares Highlights from the presentation:

Although the murder of journalists has reduced in recent years, there are other problems for press freedom in the country, including physical violence. Between January 2016 and July 2017, FLIP reported 373 cases of attacks against the press. Among these are six kidnappings in the El Catatumbo region. Despite the favourable progress of the peace process with the Revolutionary Armed Forces of Colombia (FARC), other illegal actors such as organized criminal groups, the National Liberation Army (ELN), and the Popular Liberation Army (EPL) guerrillas are violating press freedom in the Colombian regions. There is also a protection mechanism in Colombia established since 2000, but the government’s protection mechanism responds to threats instead of preventing them. Moreover, the different agencies involved in responding do not work communicate, for example there is no link between the work of the National Protection Unit (NPU) and the General Prosecutor’s Office.

There is a high level of impunity for violence against the press: Since 1977, there has been a 99.7% and 100% rate of impunity in 153 murders and more than 1000 threats, respectively; furthermore, the statute of limitations expired in 47.7% of the murder cases.

The peace process with FARC has also brought challenges for journalism. FARC, the UN and the Colombian Government all give favourable treatment to mainstream media and to those with a positive view of the peace process. Gaining access to special areas for relocation of FARC’s ex-militants, limited for the general public, has been difficult for smaller media groups and for those who have been critical of the peace process.

The Colombian public servants tend to fail in their basic obligation to guarantee a favourable environment for freedom of expression. For example, ten senators from different political parties requested the imprisonment of a journalist during a debate. This was a reaction to an alleged physical attack by a cameraman of the TV news program Noticias Uno against the Senate’s secretary. Minutes before, this public servant simulated being hit by a camera while being asked about issues related with his job.  Another example is the attitude of current President, Juan Manuel Santos, who usually refers to his past as a journalist in order to criticise the work of journalists. Moreover, during a meeting, President Santos encouraged businesses to call media outlets requesting more favourable coverage on economic issues.

In the same line, Radio Cadena Nacional (RCN), a radio and TV outlet which often criticizes the government, has been subjected to legal threats, including a military court forcing one of their journalists to reveal a source and also legal threats from two ex-ministers who are implicated in a corruption scandal.

Colombia also has challenges with online freedom, particularly related to surveillance legislation and a one year blocking of a webpage critical to a government education programme.

According to FLIP’s research ‘Cartographies of Information’, which has evaluated the media landscape in 13% of the 31 regions in Colombia, at least 83 municipalities do not have any kind of local media. In other places, media are dedicated to broadcasting music. Furthermore, there are areas in which the radio stations are owned by the armed forces. The study concluded that, due to the unfavourable environment for press freedom, a significant part of the country is silenced.

The peace process will bring opportunities for improvement in issues that are critical for press freedom in Colombia. The agreements between FARC and the Colombian government include the allocation of new radio licenses and the development of a normative adjustment in the allocation of public advertisement resources.

State’s officials responded to FLIP during the hearing, NPU’s Director explained that his agency has worked in establishing new protocols and in training its risk assessment analysts.

The General Prosecutor explained during the hearing that it has worked on prioritising cases, creating context analysis reports and training detectives and prosecutors with support of the Special Rapporteur for Freedom of Expression of the IACHR.

At the end of the hearing, the Special Rapporteur for Freedom of Expression of the IACHR recalled his interest in supporting public policy processes such as the proper implementation of press freedom issues in the peace agreement. He also expressed his interest in continuing the training of detectives and prosecutors. Furthermore, he recommended that the NPU create special procedures for the protection of journalists in the ex-militants’ relocation areas. One of the Commissioners, Jose de Jesus Orozco, noted the alarming rate of impunity and the need to improve the protection of journalists.

The State was represented by officials from the General Prosecutor’s Office, the Ministry of Foreign Affairs, the National Protection Unit (NPU) and the National Unit for Victim’s Reparation and Attention (NUV), who explained some of the actions that are being undertaken to mitigate some of the problems explained by FLIP.  The hearing’s recording can be found here. The Foundation for Press Freedom (FLIP) is a non-governmental organization that promotes press freedom in Colombia and oversees the right of citizens to be informed. Since 1999, FLIP has assisted more than 1000 Colombian journalists at risk. Click on this link for more information about FLIP.

*Emmanuel is the Advisor of the Executive Director of FLIP and is currently undertaking a fellowship with MLDI.