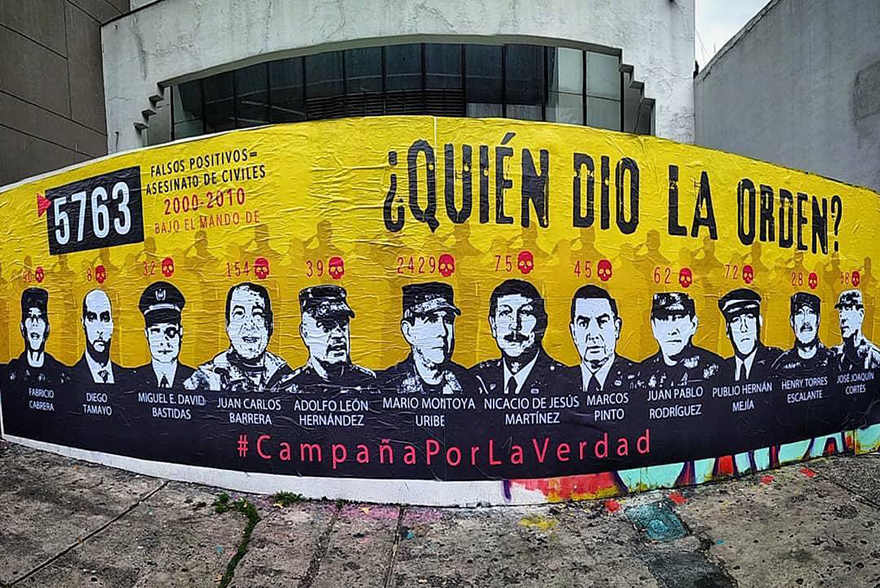 Media Defence has filed an intervention before the Constitutional Court of Colombia, in the case of Marcos Evangelista Pinto v. National Movement of Victims of State Crimes (MOVICE). The case concerns a mural painted by MOVICE activists in Bogotá, which referred to the magnitude of extrajudicial killings carried out by the Colombian Army from 2000 – 2010. The mural featured pictures and names of high-ranking officers, including the army’s Chief Commander, and the question “Who gave the order?”. The army quickly showed up and painted over the mural. MOVICE then publicised this act of censorship and was sued by one of the commanders pictured in the mural.

The case raises important questions around the protection of the right to freedom of expression of journalists and organisations who act in defence of the public interest, as well as the applicable international standards for the balance between this right and the honour or reputation of high-ranking public officials accused of the commission of crimes whilst in office in a democratic society.

The intervention draws on international and comparative legal standards to examine the following points:

Colombia currently ranks at 130 out of 180 in RSF’s World Press Freedom Index. Journalists in the country are often subject to state harassment and violence. The government has also been known to use force on journalists and peaceful protesters.

A Year in Review: Our 2021 Annual Report

The report Media Defence has launched its 2021 annual report, marking the end of a pivotal year for freedom of expression. The year 2021 presented us with unprecedented challenges. In response to their work, journalists faced abusive lawsuits, smear campaigns and an increasingly unsafe environment, both online and off. Over the last couple of years, […]

Media Defence, Abraji, RFK Human Rights and Cesar Klouri have filed a petition before the Inter-American Commission on Human Rights (IACHR) on behalf of Brazilian journalist Rubens Valente. The petitioners are asking the Commission to assess whether the outcome of the case against Valente before Brazil’s Supreme Court (Supremo Tribunal Federal, STF) violated his rights […]