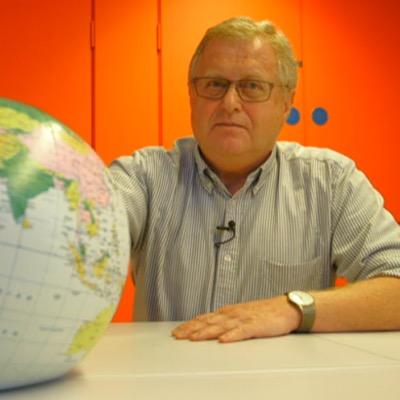 It was with great sadness that Media Defence heard of the death of its former trustee, the journalist, Olexiy Solohubenko.

Born and educated in Ukraine, Olexiy began his broadcasting career at Radio Kiev. In 1992 he joined the BBC World Service, helping to set up and establish the Ukrainian Service, which he led from 1996 to 2003. He later moved into senior management at the World Service, taking on the role of Executive Editor for Eurasia, before becoming the Executive Editor for the Americas and Europe Region. He held an MPhil in Government and Media Studies from Manchester University.

Olexiy joined Media Defence as a trustee in October 2014.  Astute and knowledgeable, Olexiy was very involved as a trustee and brought to the board a great deal of insight into the former Soviet Union. In 2017, Olexiy stepped down from his role as trustee on grounds of ill health. Media Defence remains grateful to him for his contribution to our work, and will continue to remember his commitment to defending journalists around the world.

Media Defence expresses its heartfelt condolences to his family, colleagues, and many friends.