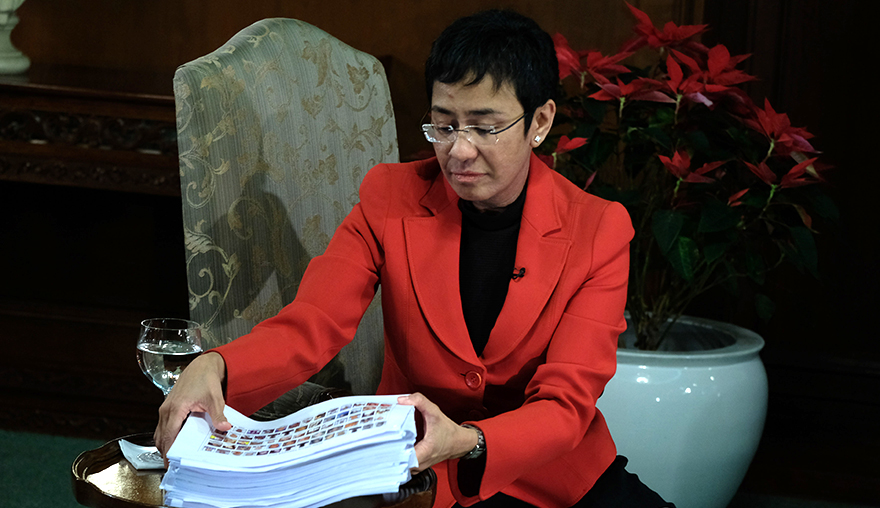 In a blow to press freedom in the Philippines, award winning journalist Maria Ressa is facing six years in prison after being convicted of cyber-libel on 15 June 2020. Media Defence have been providing support.

The case, which is widely seen as an attempt to silence independent media in the Philippines, concerns an article published in 2012 on the social news network, Rappler, one of the Philippines most influential news websites, about the former Chief Justice. Former researcher and writer for the website, Reynaldo Santos Jr, was convicted as well.

Ressa who was arrested and charged in February 2018 has vehemently fought against the unfounded “cyber-libel” charge. Ressa’s defence team argued that as the article was not authored by her and was made in good faith it should fall into the exemptions for libel under domestic law. In addition, it was highlighted that at the time of publication, the law under which Ressa has been charged, the controversial Cybercrime Prevention Act 2012, did not exist and it was in fact enacted four months later. The Cybercrime Prevention Act 2012, which among other penalties provides prison terms for those convicted of libel, has been heavily criticised by international bodies and human rights groups for being incompatible with Philippines’ obligation under international law.

Press freedom in the Philippines has seriously deteriorated under Duterte, now ranking 136 out of 180 in RSF’s index. The assault on the press, including government threats, media restrictions and the uptick of murdered journalists since Duterte took office in June 2016 puts Philippines as one of the most dangerous countries in Asia for journalists.

The “cyber-libel” case is just one in a series of legal cases aimed at silencing Rappler, which has scrutinised Duterte’s government and highlighted issues of corruption, extra judicial killings and government policy on the war on drugs. Ressa is also currently under investigation for a second “cyber-libel” case initiated in February 2020 which involves a tweet published on her Twitter account in February 2019. In addition, Ressa and Rappler are defending other criminal prosecutions including; allegations that Rappler violated domestic law in securing investment from a foreign fund, and deliberately evading tax payments as well as misrepresented its tax returns in 2015. Jointly, the cases could lead to around 100 years in prison.

Ressa’s arrest in February 2019 was widely condemned. The UN High Commissioner for Human Rights stated that it appeared to be the “latest element in a pattern of intimidation of a media outlet that has fiercely guarded its independence and its right to conduct in-depth investigations and to criticize the authorities”. Additionally, the International Press Institute strongly condemned the arrest stating it was  “an outrageous attempt by the Philippines Government to silence a news organisation that has been courageously investigating corruption and human rights violation in the country”.

“Maria Ressa has been convicted for a crime she did not commit, for simply doing her job of informing the public and holding power to account. Her conviction sets a dangerous precedent for press freedom in the Philippines and is likely to suppress any and all critical reporting of  government and public officials.”