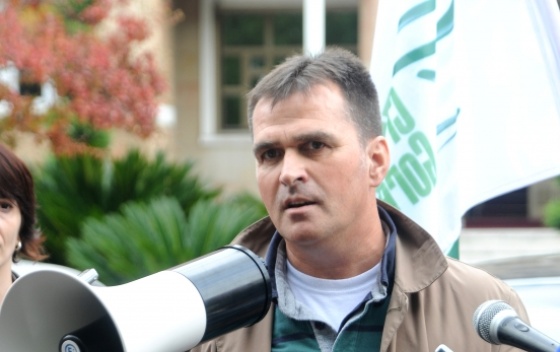 In a case supported by the Media Legal Defence Initiative and Human Rights Action, the investigative journalist Tufik Softić has been awarded €7,000 for the harm caused by the Montenegrin authorities’ failure to effectively investigate two violent attacks aimed at silencing him.

In November 2007, whilst working as a radio reporter for Radio Berane and as a correspondent for the daily newspaper Republika, Tufik Softić was seriously injured in a violent attack that took place outside his family home. The attack was alleged to have been related to the publication of an article detailing the criminal activities of a group involved in drug trafficking in northern Montenegro. Nearly six years later, in August 2013, Tufik Softić was again violently targeted by a bomb attack.

In the first judgment from a Montenegrin court where damages were awarded for lack of an effective investigation into attacks on a journalist, the Basic Court in Podgorica found that the authorities did not act expeditiously enough in hearing the victim, interviewing suspects, and collecting evidence. It was also critical of the fact that no perpetrator had been brought to justice. Judge Milena Brajović awarded €7,000 in compensation to Tufik Softić “in the name of incurred and future mental suffering due to violation of [his] personal right to [an effective] investigation and in the name of a threatened and future fear of renewed attempted murder.”

The first instance judgment in Montenegrin is available at: http://www.hraction.org/?p=13837.

Tufik Softić was represented by his lawyer, Dalibor Tomović, with the support of Human Rights Action and the Media Legal Defence Initiative. An appeal has since been filed regarding the amount awarded to Tufik Softić.