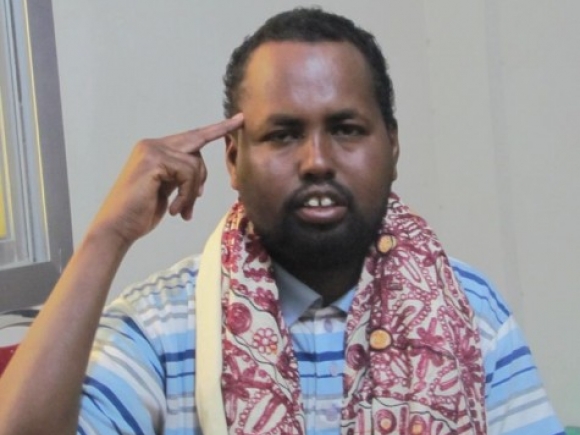 Early last February, Jama Jiir, a journalist based in Hargeisa, the capital of the Somali province of Somaliland, wrote an article headed “The Somaliland people demand better public sector services”. The article reflected complaints by local people about high unemployment and social problems faced by poor communities in the Hargeisa area.

Published in the Gufaan Times, the article said the ruling party had come to power promising zero tolerance of corruption and improvements in public services, but three years later the people were still waiting for these promises to be fulfilled. In other articles Jiir criticised what he described as the unfair and biased distribution of resources to those associated with the ruling party.

Two months later Jiir was arrested and detained by the police. He was denied bail and spent nine days in custody without being provided with proper legal assistance.

He was then charged with “insulting the state” and was led before the Hargeisa District Court where he was convicted and sentenced to six months’ jail and a fine equivalent to nearly US$500.

With financial assistance from MLDI, the case was taken up by a local human rights NGO and a local lawyer, Ahmed Horhor. Together they held a public meeting, which was attended by representatives of the media, the legal profession, civil society bodies and government officials, to protest at what they called politically motivated charges against Jiir.

A few days later an appeal took place before a jury at which Jiir’s lawyers pointed to procedural flaws in the original hearing, among them the fact that he had not been legally represented, and argued that the article in the Gufaan Times, which did not name any individuals or institutions, was not libellous. The appeal court agreed and Jiir was freed.

“The outcome of this case is very gratifying”, says MLDI senior legal counsel, Nani Jansen, who assisted the local law firm in preparing the appeal. “It also illustrates how MLDI can provide quick and effective assistance to victims of oppressive laws by exploiting their countries’ own laws and procedures”