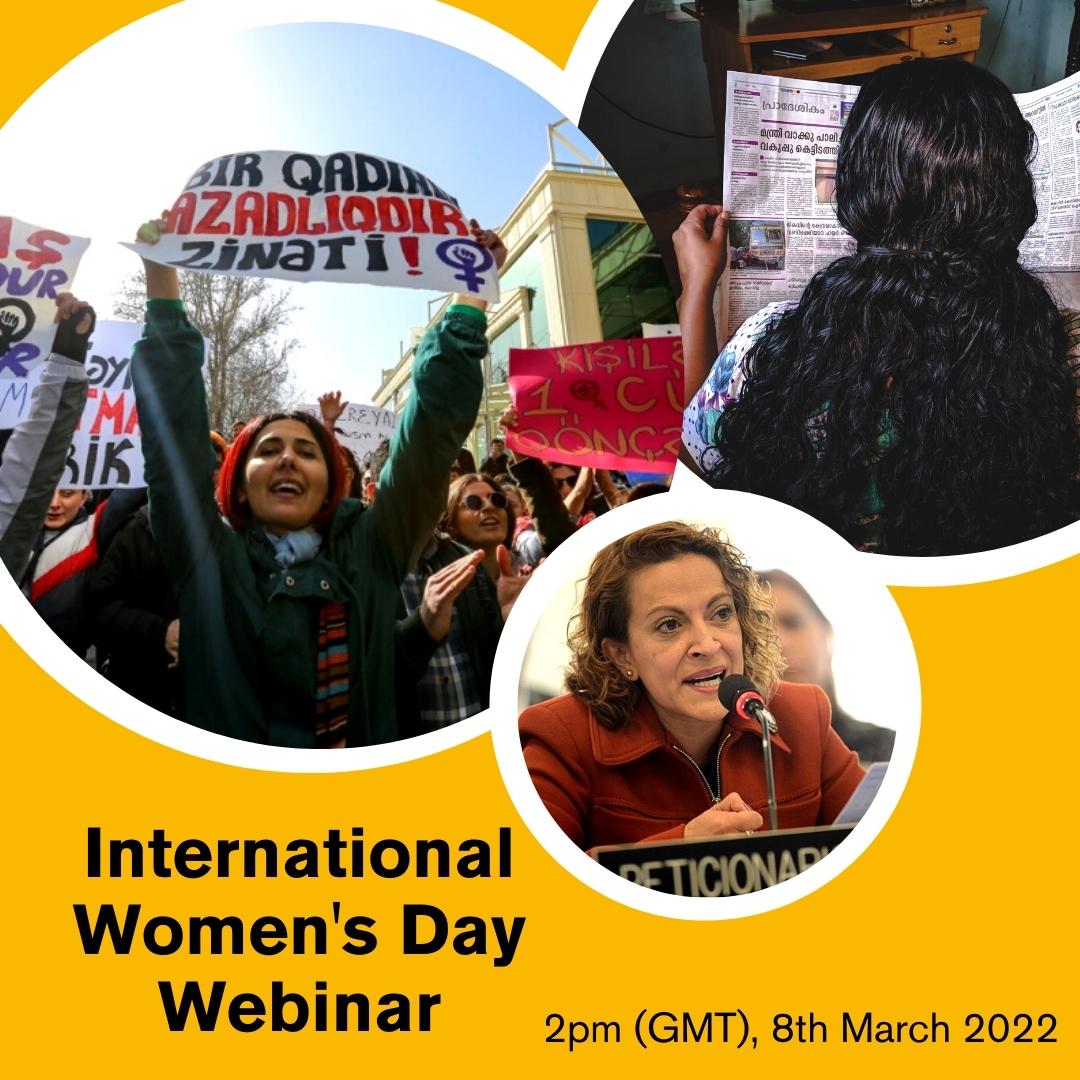 On 25 May 2000, investigative reporter Jineth Bedoya Lima travelled to Colombia’s infamous Modelo prison, intending to follow up a lead. Before she could enter the prison, however, Bedoya was abducted at gunpoint. Her attackers drugged, beat and raped her before tying her up and dumping hundreds of kilometres away. They did this, they said, to send a “message to the press”.

In March 2020, activist and journalist Gulnara Mehdiyeva organised a march to protest against increasing gendered violence in Azerbaijan. Three days later, Mehdiyeva was the victim of a cyberattack. The hacker used her social media accounts to gain access to closed groups. In doing so, they were able to uncover the identities of countless LGBTQIA+ individuals and domestic violence survivors.

We are committed to combating gender-based violence against women journalists. We pursue litigation that aims to ensure that states respond effectively to gendered violence, and that governments hold those responsible to account. It is essential that our society has access to a diverse range of voices and perspectives, and that women journalists can carry out their work free from threats or violence.

This event raised awareness of the distinct challenges faced by women journalists, both online and off, and share expertise on how best to counter them. Our panellists shed light on their experiences of gendered violence and the trends they are seeing in different regions.

The IWMF works to unleash the power of women journalists to transform the global news media. Our fellows and grantees — both freelance and staff journalists — become experts in reporting in underserved regions. They generate must-read stories, align with top outlets, and bring critical issues affecting women and others to light. We are the only organization that provides safety training, byline opportunities, and emergency support tailored to women journalists and photographers around the world.

We also recognize fierce women journalists and photographers whose courage sets them apart. And we research the factors that allow journalism to remain dominated by men — while advocating for inclusive practices that help propel women and minorities into leadership.

The IWMF believes that gender does not conform to one notion. We are inclusive of all women, non-binary and gender non-conforming journalists.

The Coalition Against Online Violence

The Coalition Against Online Violence is a collection of global organizations working to find better solutions for women journalists facing online abuse, harassment and other forms of digital attack. Founded by the International Women’s Media Foundation, the Coalition offers journalists collective support, bolstering their digital security and empowering the news media at large to keep their employees safer online.