Jineth Bedoya: a landmark judgment for the protection of women journalists 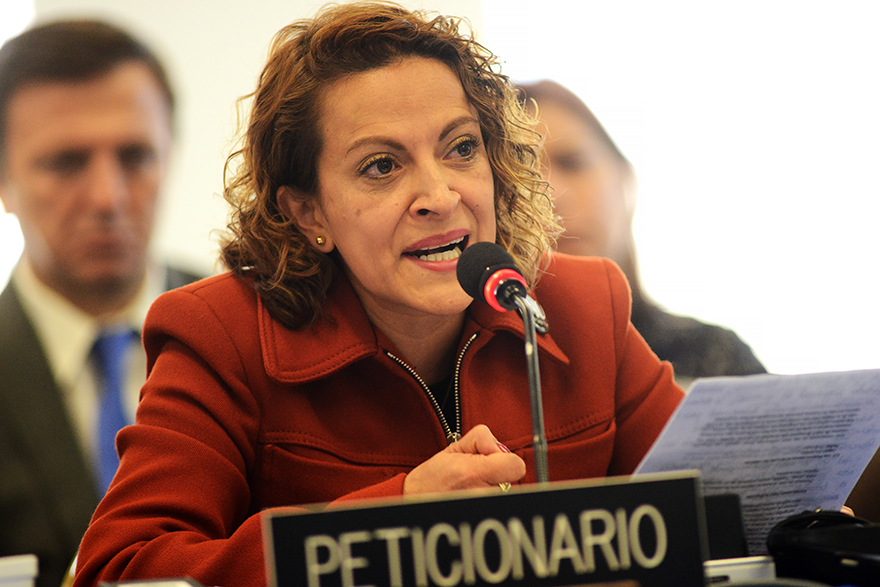 The Inter-American Court of Human Rights (the Court) issued a landmark judgment in the case of Jineth Bedoya Lima v Colombia. The case sets key standards for the protection of women journalists. Media Defence’s partner in Colombia, Fundación para la Libertad de Prensa (FLIP), and the Center for Justice and International Law (CEJIL) led on the case. Media Defence intervened as amicus curiae before the Court.

Jineth Bedoya is a well-known investigative journalist in Colombia. This case concerns her abduction and the sexual assault committed against her in May 2000. The attack took place on her way to visit the infamous Modelo prison in Bogotá to interview a prisoner.

Ms Bedoya brought her case to the Court because the government failed to carry out a serious investigation to establish what had happened, and how it was allowed to happen.

The Court considered that, at the time of the abduction and sexual assault, Jineth Bedoya faced a heightened risk as a woman and a journalist.

During the course of the trial, evidence was provided that indicated that the threats against Ms Bedoya were real and there was a high probability that she would be the victim of an attack. Further, the Court established that the government failed in assessing and implementing protective measures to address the specific risks she was facing as a woman journalist.

Against this background, the Court established that States must implement an adequate framework to prevent risks and strengthen institutions that are tasked with combatting violence against women. In particular, the Court ordered the Colombian Government to set up a fund to implement programs to prevent, protect and assist women journalists who are victims of gendered violence, as well as to guarantee the safety of women journalists facing risks when carrying out their work.

The Court recalled that States Parties’ general duty to respect and guarantee human rights under the American Convention on Human Rights (ACHR) is reinforced by the Belém do Pará Convention’s[1] obligation to put in place an appropriate legal framework to prevent violence against women.

The effect of violence against women journalists

According to the Court, freedom of expression was violated in two ways in this case: on an individual basis, consistent in Jineth Bedoya’s possibility to disseminate information or ideas, which was hindered by the abduction and torture; and a societal basis, referring to society’s right to receive such information and ideas. Attacks like those perpetrated against Ms Bedoya have the effect of reducing the information received by society and result in a chilling effect among other journalists, in particular women journalists. The voices and points of view of women in the public marketplace of ideas are reduced and the lack of gender diversity in journalism results in a decrease in pluralism.

Having regard to these factors, the Court ordered several reparation measures aimed at making the effects of gender violence against women journalists more visible, including through the creation of a memorial.

The Court recalled that, according to the ACHR, States have an obligation to afford an effective remedy within the judicial system, compliant with rules on due process, to victims of human rights violations. However, this duty is also heightened in the case of violence against women journalists. This is due to the obligations established in the Belém do Pará Convention for preventing and protecting against gender violence. As such, when crimes of this nature take place, investigative authorities are required to identify the specific risks and factors that can cause violence against women journalists on the basis of their gender and their work.

In this case, the State failed to comply with these obligations, particularly due to a series of failures in evidence-gathering by the authorities. In fact, because of these failures, Jineth Bedoya was compelled to collect and store evidence that she thought might prove relevant at a later stage.

The Court also noted that no effort was made to identify the organisers of the attack on Ms Bedoya.

This failure to investigate by itself amounted to discrimination on the basis of gender. Moreover, the Court emphasized that the lack of efficiency in cases of violence against women, alongside an environment of insecurity and distrust in the judiciary, facilitates and promotes impunity.

Impunity in cases against women journalists

The Court concluded that these issues, as well as the violence perpetrated against Jineth Bedoya, are likely to cause a chilling effect on other journalists. The Court, however, added that there is a specific gender element in the case: the lack of justice in attacks against a prominent woman journalist sends a dissuasive message to women journalists in general.

Violence against women journalists is a worrying and growing issue in several parts of the world. Press organisations and UN rights bodies have raised the issue, such as the Special Rapporteur on violence against women, its causes and consequences, the UNESCO Director General, the Human Rights Council and the General Assembly. The Court’s decision in this case is timely and welcome as it sets a binding precedent for Latin American states and an authoritative reference for other jurisdictions around the world.

The judgment (in Spanish) can be found here.

[1] Inter-American Convention on the Prevention, Punishment, and Eradication of Violence against Women.