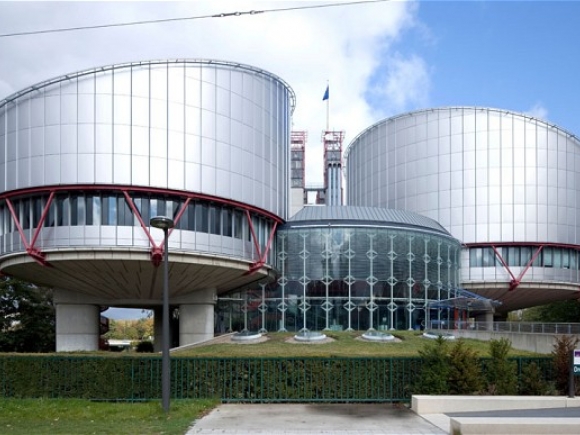 Haldimann and Others v Switzerland, a decision of the European Court of Human Rights (the “ECtHR”) published on 24 February 2015, backed the investigative methods of four Swiss journalists who had used hidden cameras to expose the malpractice of insurance brokers. The ECtHR found by a majority decision that the journalists’ criminal conviction by the domestic courts and an order to pay a number of small fines violated their right to freedom of expression as guaranteed by Article 10 of the European Convention of Human Rights. It was the first time the ECtHR examined the use of hidden cameras by journalists in a case where the person filmed was targeted as a representative of a particular profession rather than in a personal capacity.

Facts of the case

In February 2003, four Swiss journalists, Ulrich Mathias Haldimann, Hansjörg Utz, Monika Annemarie Balmer and Fiona Ruth Strebel, used hidden cameras in the filming of a documentary on the professional practices of those selling life insurance products. The documentary was prepared by Balmer, the editor of “Kassensturz” a weekly TV programme on consumer protection, as a reaction to the public dissatisfaction surrounding the tactics used by insurance brokers.

To prove the insurance brokers’ malpractice, Strebel, presenting herself as a costumer, met with a broker in a room where two hidden cameras were placed. The conversation was being recorded and transmitted to a neighbouring room where Balmer and an insurance specialist were present. At the end of the interview, Balmer entered the room, introduced herself and informed the broker that he had been filmed. When asked to comment on the taped meeting, the broker refused to do so. On 25 March 2003 “Kassensturz” broadcast segments of the interview, but camouflaged the voice and face of the broker.

The Federal Court, while recognising the public interest in securing information on malpractice in the insurance field, upheld the decision on appeal arguing that the journalists “could have used different means” for their reporting, which would have been “less damaging to the broker’s private interests.”

Assessment of the Court

In its judgment, the ECtHR reiterated its case-law on attacks on the personal reputation of public figures and the six criteria established in the 2012 decision in Axel Springer v. Germany in order to balance the right to freedom of expression against the right to private life: the contribution to a debate of general interest, how well-known the person being reported on is and the subject of the report, the person’s prior conduct, the method of obtaining the information, the veracity, content, form and repercussions of the report, and the penalty imposed.

Applying those criteria to the present case, the ECtHR specifically took account of the fact that the insurance broker was not a public figure. The ECtHR also considered that the documentary had not intended to criticise him personally, but instead sought to denounce specific commercial practices. The ECtHR noted that, even if the broker might reasonably have believed that the interview was private, the documentary had focused not on him personally, but on specific practices used within a particular professional category.

The ECtHR further observed that the subject of the documentary was a matter of public interest and that the report contributed to a public debate on the issue. The ECtHR asserted that the applicants deserved the benefit of the doubt due to their alleged desire to observe the ethics of journalism as defined by Swiss law, referring to the example of their limited use of the hidden camera footage in this instance. The safeguard afforded by Article 10 to journalists reporting on matters of public interest is subject to the condition that they are acting in good faith, in accordance with the ethics of journalism and have a sufficient factual basis for their reporting. The ECtHR noted that the veracity of the facts had never been contested.

As regards the manner in which the documentary had been broadcast and how the broker was presented, the ECtHR observed that the recording had been broadcast in the context of a report which was particularly negative in as far as the broker was concerned. The ECtHR noted that audio-visual media often had a much more direct and powerful effect than the written press. However, a decisive factor was that the applicants had disguised the broker’s face and voice. The ECtHR concluded that the interference with the private life of the broker had not been of sufficient gravity to override the public interest in receiving information on the alleged malpractice of insurance brokers in general.

Lastly, the ECtHR considered that despite the relative leniency of the penalties, such a criminal sentence could discourage the media from expressing criticism, even though the applicants had not been prevented from broadcasting their documentary. The ECtHR therefore concluded that there had been a violation of Article 10.

A dissenting opinion was written by Judge Lemmens who disagreed with the majority’s reasoning that there was a competing interest between Article 8 and Article 10 ECHR to be balanced; in his view the domestic law under which the journalists were convicted protected the confidentiality of all non-public conversations and not just those of specific individuals. The guiding principle should therefore be the protection of public order (ordre public) rather than the rights and reputations of others.

On the question of proportionality, the dissenting opinion states that, while the report concerned a matter of public interest and the right to freedom of expression should be given substantial weight, the protection of the confidentiality of private conversations also was of considerable importance. In balancing these interests, a margin of appreciation should be granted to the domestic courts and in this case, Judge Lemmens was of the view that these had weighed the competing interests adequately. Given that the interference was not disproportionate and served a legitimate aim provided by law, there was no violation of Article 10.

Media Defence, of which one of the authors of this post is the Legal Director, filed a third-party intervention, presenting arguments on the importance of the use of undercover techniques for not only investigative journalism, but also campaigning groups and whistleblowers. Used in an ethical and focused fashion, Media Defence argued, undercover techniques such as the use of hidden cameras are “tools of last resort to expose the true practices of the subjects of investigation, used to cast light on wrongdoing that cannot realistically be identified or proved by other means.”

Drawing upon comparative law examples from different jurisdictions on the ethical use of undercover techniques, the intervention argued, amongst others, that any criminal prosecution of a journalist, acting in good faith and in accordance with standard journalistic ethics, simply for the use of an undercover technique for gathering material or evidencing a story was a substantial interference with journalistic free speech that required careful justification under Article 10(2) ECHR and that any blanket ban upon either the use of undercover techniques to uncover a story or the subsequent use of the recorded materials obtained without considering the public interest in the story was necessarily a breach of Article 10(2) ECHR.

The ECtHR’s decision that the conviction of journalists for using hidden cameras to expose malpractices in the insurance sector – a clear matter of public interest – infringed the journalists’ right to freedom of expression is a welcome one. As the ECtHR reiterated, even relatively small fines can have a chilling effect discouraging the media from using certain journalistic methods for their reporting.

Until now, conducting interviews with the use of hidden cameras, a technique used mainly in undercover journalism, was considered unsafe due to the litigation risk. The ECtHR decision has made it safer for journalists to use hidden cameras, provided that certain criteria are fulfilled. However, the case has been determined based on particular elements and it is not clear whether the ECtHR would support the use of hidden cameras if there were alternative methods to obtain the information.

As noted above, in its decision the ECtHR has applied the well-established privacy test formulated in Axel Springer v. Germany.. Absent a referral to and subsequent divergent decision from the Grand Chamber, this decision would mark an extension of the second step of the Axel Springer test. In considering the question how well known the person concerned is, the ECtHR stated in Axel Springer that “a private individual unknown to the public may claim particular protection of his or her right to private life, the same is not true for public figures”. In Haldimann, the ECtHR found the infringement of the broker’s privacy justified, even though he was not a public figure. Since his face and voice had been disguised and the documentary focused not on him as an individual, but intended to criticise insurance practices, the interference had not been serious enough to override the public interest.

Another notable feature is that the ECtHR appears to hold on to the premise that a place of work should be considered a “private place” (see Niemietz v. Germany). This raises the question how the interests would have been balanced had the footage been recorded on what are considered business premises and what the implications for the protection of the Article 10 rights would have been.

By Flutura Kusari, Ph.D. researcher at the Human Rights Centre of Ghent University, and Nani Jansen, former Legal Director of Media Defence. This post first appeared on the Strasbourg Observers Blog and is republished with permission and thanks.