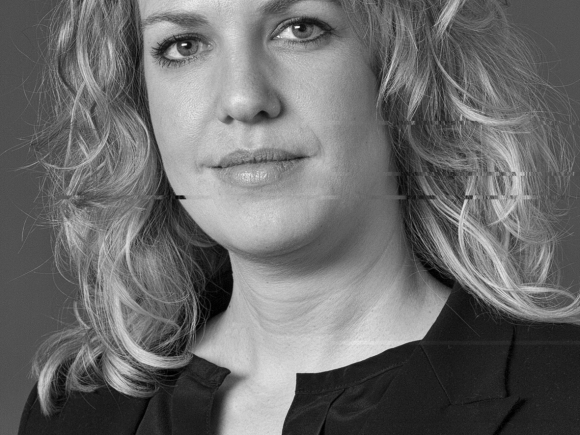 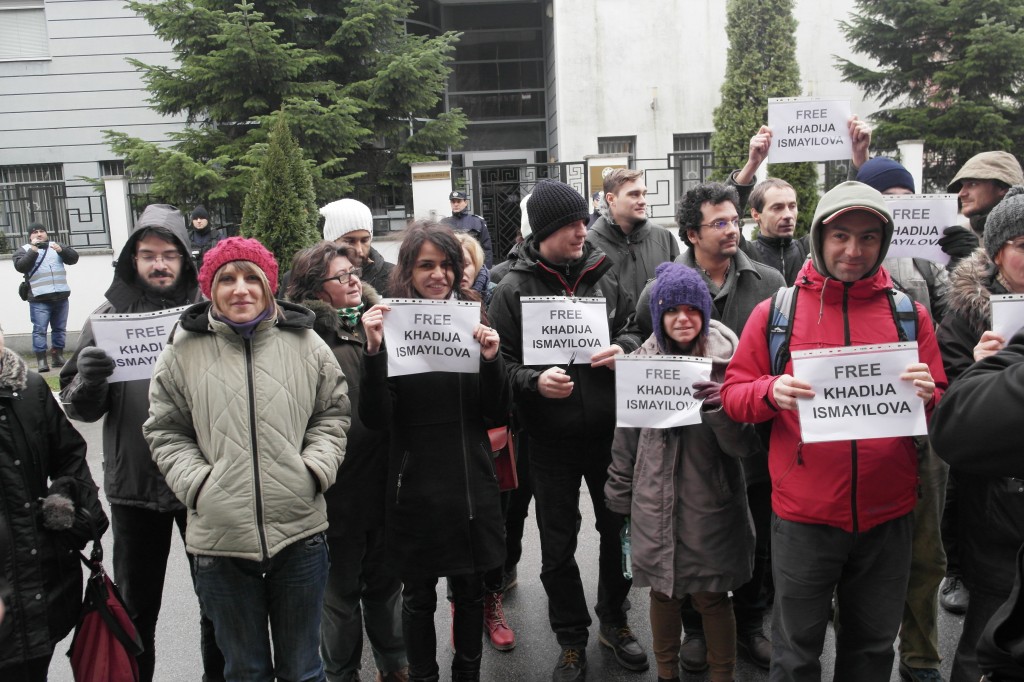 Three months after her arrest on 5 December 2014, award-winning Azerbaijani journalist, Khadija Ismayilova, remains in prison without trial or even a trial date in sight. On 24 February 2015, Ismayilova’s pre-trial detention was extended by another two months and it is expected that the detention will again be extended at the next hearing.

The Azerbaijani authorities claim that Ismayilova’s arrest and subsequent detention are based on the charges of driving a former colleague to attempt suicide. Human rights organisations worldwide have labeled these charges as bogus and fear that Ismayilova’s arrest and detention are politically motivated. When put against the background of the increasing crackdown on media, of the harassment and threats Ismayilova has been confronted with since she started reporting on government corruption, and of the fact that Ismayilova was taken into custody only two days after the head of the Presidential Administration published a 62-page paper in which – among other things – he accused Ismayilova of spreading “anti-Azerbaijani” material through her publications, it is indeed hard to believe that Ismayilova was arrested for reasons other than political.

Since Ismayilova’s arrest, the authorities have continued to raise an array of charges against Ismayilova, including embezzlement and tax evasion. All charges are denied by Ismayilova and have thus far remained unsubstantiated. Not coincidentally, many other political opponents, journalists, and human rights defenders are being detained on similar charges. Over the past two and a half years, Azerbaijan has brought unfounded criminal charges against at least 50 political activists, independent journalists and human rights defenders, most of whom remain in prison.

Ismayilova clearly belongs to that group. She is one of the few remaining independent journalists in Azerbaijan and has brought many cases of government corruption to light. For instance in 2012, Ismayilova published an article which uncovered that the daughters and wife of the President held senior management positions in Panamanian companies that had just been awarded a USD 2.5 billion mining extraction licence. During her research for the article, Ismayilova received a letter that blackmailed her into ending her investigations or else “she would be shamed”. Ismayilova continued her work and a week later a video was posted online that showed Ismayilova having intercourse with her boyfriend in her own bedroom. It turned out that Ismayilova’s entire apartment was wired and tapped, and that spy video cameras had been installed in her bedroom. After this first video, another was posted, Ismayilova’s house was again entered without her knowledge and consent, and government-run newspapers ran a smear campaign against Ismayilova.

Ismayilova relentlessly tried to have this violation of her home, her privacy, and her freedom of speech investigated and prosecuted. However, the Azerbaijani government failed to respond adequately. On the contrary, the prosecution authorities obstructed the investigations and released a joint statement, called a “Status Report”, which included Ismayilova’s contacts and other private details that should have remained confidential. And although, officially, the criminal investigations into the crimes committed against Ismayilova are still ongoing, since 2012 there has been no actual investigation.

Ismayilova has filed numerous complaints with the prosecution authorities and the relevant ministries, and has initiated legal proceedings before both criminal and administrative courts, including appeals and cassation, in which she asked to order that her case be investigated. All to no avail; no investigation was ever carried out and no court reviewed her case on the merits. All courts declared Ismayilova’s case inadmissible by raising procedural (jurisdictional) bars without proper motivation as to why those bars would apply in this case, sometimes by simply copy-pasting previous judgments despite the fact that new facts and arguments had been raised. Some courts declared not to have jurisdiction over the case and sent Ismayilova to another court that in turn sent her back again.

That is why, in September 2013 and July 2014, we* filed two complaints with the European Court of Human Rights on Ismayilova’s behalf. The first complaint was directed at the unjust release of the “Status Report” and the second complaint was filed after Ismayilova had exhausted all local remedies against the failure to conduct investigations into violations of her rights to her home and privacy and her freedom of speech. Both complaints also argued that Ismayilova’s right to a fair trial was violated, as none of the court decisions contained reasoned judgments. Additionally, the second complaint explained that Ismayilova had had no effective access to court.

Disturbingly so, since the submission of these complaints, the Azerbaijani government seems to only have stepped up its efforts to harass Ismayilova and make her end her journalistic endeavours, culminating in her current detention. If convicted for the crime “incitement to commit suicide”, Ismayilova could be sentenced to 5-7 years’ imprisonment. The other charges come with penalties of up to 12 years’ imprisonment.

Thus, not only has it been impossible for Ismayilova to seek recourse from the courts and protection from the prosecution authorities against the blatant violation of her human rights, but now she faces the possibility of being unfairly convicted and sentenced to serious prison time by those same institutions for crimes she did not commit because, as a journalist, she tries to exercise her right to freedom of expression.

*Lara Talsma, Jacqueline Valk-Starmans LL.M., and Douwe Groenevelt, all at the time attorneys at De Brauw, together with the Media Legal Defence Initiative, filed the two complaints with the European Court of Human Rights.