Authoritarianism and Digital surveillance: Has the internet become a new battleground for monitoring public dissent in Rwanda? 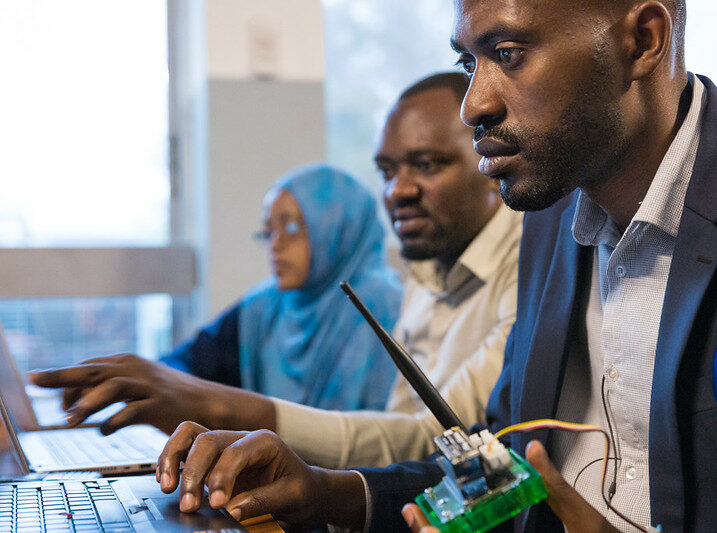 Rwanda prides itself amongst Africa’s hubs. The country has received global recognition for its expansive mobile network and 4G network coverage, as well as for its local smartphone manufacturing. Although the data should be accepted uncritically, the number of internet users in the country seems to have steadily increased to almost a quarter of the population.

This trend has shown wider impact on the country. Rwanda is one of the top three African countries with a relatively functional (yet fragile) e-government infrastructure. Also, Rwanda’s financial sector has been influenced by digitalization through extensive use of mobile money and internet banking transactions.

The final aim is to become a regional innovation hub in East Africa creating the conducing environment for African technology start-ups to flourish.

Is the internet a new space to tighten the noose around public dissent?

Despite these developments, Rwanda has a conflicting relationship with the internet and technology more broadly. This becomes particularly obvious when looking at the current policy approaches that have been implemented by the Rwandan government. Civil society and human rights organisations have specifically challenged the patterns of technological social-governance: mass surveillance and use of spyware against political opponents, online censorship and the blocking of social media content.

Since the genocide against the Tutsis, the government of Rwanda has remained wary of resurgence in violence and political upheaval. As part of establishing the state’s control over all sectors of society, the Rwanda Patriotic Front (the ruling party) embarked on a series of measures to ensure security and stability. This included setting up an effective and suitable security apparatus, including a nationwide community policing system where ICT acts as an enabling tool for online surveillance and where digital policing became a familiar practice in the country. Similarly, this surfaces regularly in the rhetoric, when the Rwandan government had to justify measures of limiting freedom of expression or stifling political debate in the country.

In 2013 and 2018, the government passed two restrictive pieces of legislation. The first one is the law on interception of communications,[1] which expanded the surveillance powers of the State security services. It enables security operatives to tap communication, and to monitor online activity of individuals considered as potential threats to “public security”. At the same time, the law doesn’t provide for the basic legal threshold that justifies surveillance as necessary and proportionate to a legitimate aim as required by international law.  The second law, no. 68/2018, establishes offences and penalties[2] which prohibit the dissemination of “grossly offensive” or “indecent message” or “content”. Since the adoption of this law in 2018, we have observed how the COVID-19 pandemic has reshaped how social, economic, and political power is created, exerted and extended through technology. The Rwandan government used the pandemic as an opportunity to consolidate its power by channelling considerable resources towards monitoring online content, political dissidents, journalists and members of civil society. Some journalists and bloggers have been detained for reporting on the plight of Rwandans during the lockdown.

With all these recent developments considered, it is apparent that the internet has been turned into a battleground where state security services advanced their surveillance practices, almost unnoticed to pre-emptively crack down on public dissent.

Since independence, paternalistic policies with limited public participation have characterised successive Rwandan regimes. The post-pandemic context has reconfirmed these practices and the policies of surveillance. Consequently, censorship and the lack of genuine public debate will continue to challenge internet freedom in the country.

This is especially true given the overall lack of accountability and critical voices in the country. This means that Rwandans are unable to meaningfully and sustainably benefit from the digitisation of the social contract with their government.

Louis Gitinywa (Twitter handle: @tatabomoko) is a Rwandan human rights lawyer based in Kigali, Rwanda. He is a member of Media Defence’s legal network.

He is also a 2021 Fellow at the Centre for Intellectual and Information Technology law CIPIT at Strathmore University, Nairobi, Kenya. Louis also writes commentaries for publications like Rwanda Today, Global Voices, Friedrich Ebert Stiftung and others.

His research interests include Constitutionalism and Human Rights with a special focus on digital rights, Privacy & data protection Law, and freedom of expression online in East Africa.