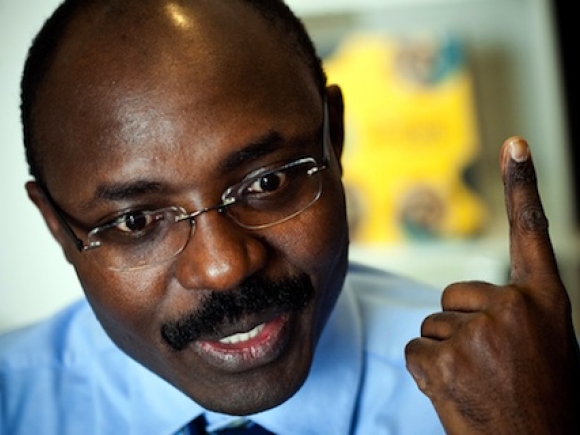 Rafael Marques has described Angola’s diamond mining industry as being plagued by murders, beatings, and arbitrary detentions and filed a criminal complaint against top generals. In response, a criminal libel case was brought against him.

In 2011, Angolan journalist and human rights activist Rafael Marques published a book exposing the exploitation and violence that is common in Angola’s multi diamond mining industry. Angola is the world’s fifth largest producer of diamonds, but according to Marques, the industry is plagued by murders, beatings, and arbitrary detentions, and he has called on foreign countries to boycott Angola’s ‘blood diamonds’.

While human rights campaigners have lauded Marques’s work – he has won the Civil Courage Prize, which is awarded to human rights defenders who put themselves in grave danger, for his work – the Angolan authorities see him as a thorn in their side. When Marques filed a criminal complaint with the country’s Attorney General seeking the prosecution of powerful figures in the country’s armed forces for complicity in human rights abuses, they responded by filing a libel complaint against him in Portugal and when that failed sought a criminal prosecution against Marques in Angola.

The Media Legal Defence Initiative will be assisting Mr Marques in the defence of this complaint, and with fifteen other media freedom and human rights groups, has formally written to Angola’s Attorney General urging him to drop the defamation charges. Should the prosecution nevertheless go ahead, MLDI will be supporting Marques’s defence.

This is not the first time Marques has been pursued in the courts. He was previously convicted of defaming the President of Angola in 2002, a conviction which was later found to be in violation of the right to free speech by the United Nations Human Rights Committee. The Committee ordered Angola to take steps to ensure such malicious prosecutions did not occur again.

A criminal prosecution has now been brought by the Angolan authorities. MLDI and other media freedom and human rights groups have filed a complaint with the UN and African Commission Special Rapporteurs on Human Rights Defenders and Freedom of Expression, claiming that the prosecution breaches Mr Marques’s right to freedom of expression.