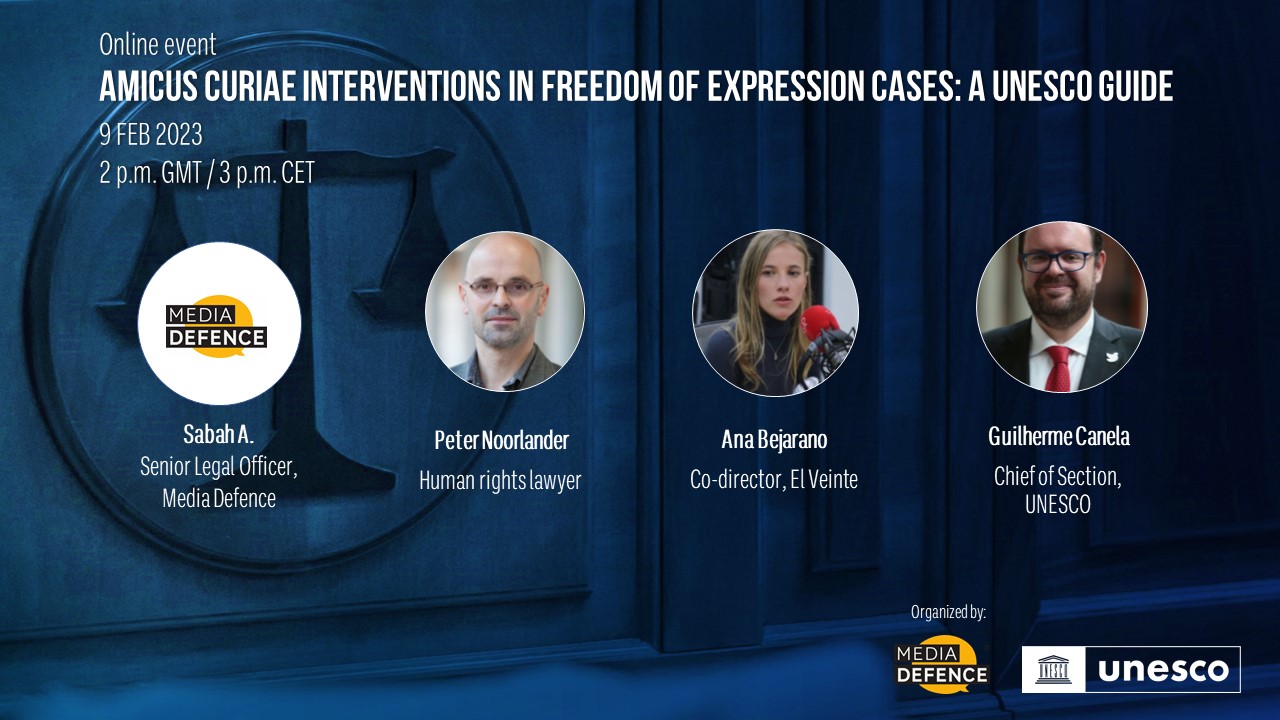 UNESCO and Media Defence are hosting a webinar about UNESCO’s guide on amicus curiae interventions in freedom of expression cases.

The event will be held in English and Spanish, with simultaneous translation to French, Spanish and English available to attendees.

The UNESCO guide aims to provide practical information and guidance to civil society organisations who consider intervening in cases before national or international courts as a so-called ‘amicus curiae’ or ‘third party intervener’. The guide focuses on cases concerning freedom of expression and the safety of journalists. However, the information it provides is broadly applicable to other human rights cases as well.

We will hear from the author of the guide, international human rights lawyer Peter Noorlander. He will be joined by Media Defence’s senior legal officer, Sabah A, who will speak about Media Defence’s work intervening in freedom of expression cases around the world. We will also hear from Colombian lawyer and co-director of El Veinte, Ana Bejarano. The discussion will be introduced and moderated by UNESCO’s Chief of Section for Freedom of Expression and Safety of Journalists, Guilherme Canela.

Watch our previous webinar, during which we spoke about freedom if expression in a time of war, here.