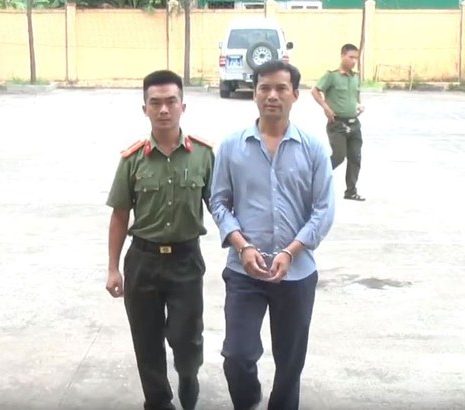 The UN Working Group on Arbitrary Detention (UNWGAD) has published an Opinion finding the deprivation of liberty of journalist Nguyen Nang Tinh to be arbitrary and in contravention of international law.

Nguyen Nang Tinh was arrested in May 2019 and charged with ‘spreading information, materials and items for the purpose of opposing the State’. In November 2019 he was convicted and sentenced to 11 years in prison. His trial lasted a few hours.

In its Opinion the UNWGAD notes that Mr Tinh’s conviction and sentence were in retaliation for his online commentary and reporting of human rights abuses in the country. Prior to his arrest, Mr Tinh used his social media accounts to highlight public interest issues in the region. This included criticism of the Government’s response to the Formosa disaster in April 2016, urging the authorities to do more for those who had been economically affected.

The UNWGAD found that Viet Nam had failed to establish any legal basis for Mr Tinh’s arrest and detention. Importantly, it held that the charge on which Mr Tinh is detained is so vague that he could not have foreseen that using his social media would amount to criminal conduct. It further noted that Mr Tinh’s detention resulted from the peaceful exercise of his rights to freedom of expression and association and that he was targeted because of his journalistic activities. Among several key findings, the UNWGAD found a significant denial of Mr Tinh’s fair trial rights. He was not afforded adequate time to prepare his defence, have access to an independent and impartial tribunal, or able to instruct his lawyer properly. On this last point, the UNWGAD notes that Mr Tinh’s case is one of many where legal representation is denied or limited, suggesting there is a systemic failure in Viet Nam to provide access to a lawyer during criminal proceedings.

The UNWGAD Opinion concludes by finding Mr Tinh’s detention arbitrary and recommends that he should be immediately released. It also recommends that a full and independent investigation be undertaken into the circumstances of his detention and that appropriate measures be taken against those responsible for the violation of his rights. Mr Tinh’s case has also been referred to the Special Rapporteurs on the promotion and protection of the right to freedom of opinion and expression and the situation of human rights defenders for appropriate action.

This case is one among many brought before the UNWGAD concerning arbitrary detention in Viet Nam. As identified by the Working Group in its Opinion, these cases follow a familiar pattern: of arrest that does not comply with international norms, lengthy detention pending trial with no access to judicial review, denial or limiting access to legal counsel, incommunicado detention, prosecution under vaguely worded criminal offences for peaceful exercise of human rights and denial of access to the outside world. It indicates a systemic problem with arbitrary detention in Viet Nam.

Media Defence represented Mr Tinh before the UNWGAD and welcomes its findings. Legal Director Padraig Hughes noted that: “Mr Tinh’s situation is common in Viet Nam in that the authorities convict those critical of Government policy and sentence them to inordinately long jail terms. The Working Group’s findings are clear – Mr Tinh is being held unlawfully and should be immediately released”.

Find the Opinion in full here.

Image of Nguyen Nang Tinh courtesy of Báo Nghệ An.