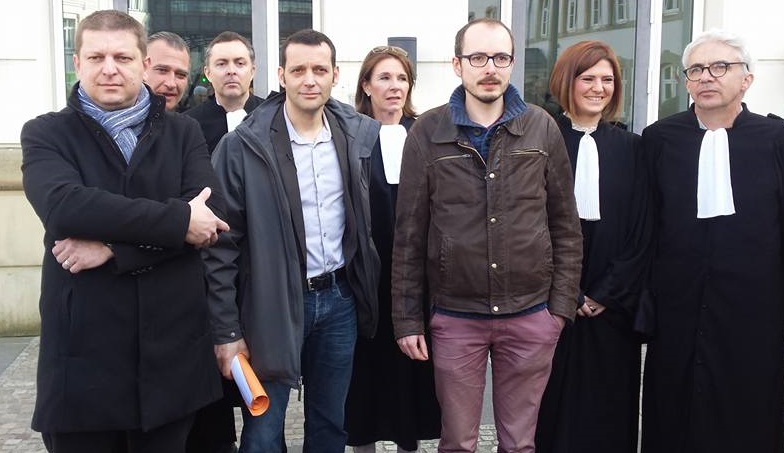 Media Defence has filed a third-party intervention in the case of Halet v Luxembourg (also known as the ‘Luxleaks’ case) at the Grand Chamber of the European Court of Human Rights (ECtHR). The applicant, Mr Halet, was one of two whistle-blowers behind the disclosure of PricewaterhouseCoopers’ (PwC) internal company documents to a French journalist, helping to expose widespread tax avoidance. The luxleaks documents were used in a television program about multinational companies and the payment of tax and were published online by the International Consortium of Investigative Journalists in 2014. Following these revelations, the OECD branded Luxembourg as non-compliant with international standards on tax transparency and placed it on a blacklist of non-co-operative jurisdictions.

Mr Halet was convicted in the Luxembourg courts on several charges, including theft, breach of professional secrecy and breach of trade secrets, and fined €1,000. In May 2021, a Chamber of the ECtHR held that Mr Halet’s criminal conviction was compatible with the right to freedom of expression. It found that the domestic courts had carried out an appropriate balancing exercise between the harm apparently caused to PwC and Mr Halet’s right to expression. It also endorsed the approach of the domestic court, that the finding that the disclosed documents did not contain information that was “essential, new and unknown”, was a legitimate consideration in its analysis of those competing rights. The case was referred to the Grand Chamber which will hold a hearing in February 2022.

The role of whistle-blowing

The issues that the Grand Chamber will need to determine in this case are likely to have a significant impact on how investigative journalism is conducted. In its written comments Media Defence emphasises three points: the importance of whistle-blowing for effective newsgathering and reportage on public interest matters; the emerging global legislative consensus of the importance of ensuring whistle-blower protection; and relevant factors when considering whistle-blowing in the context of private enterprise.

Media Defence Legal Director, Pádraig Hughes, said, “Investigative journalism depends on whistle-blowers to uncover corruption and incompetence. We hope the Court recognises and endorses the emerging consensus among states around the world that they deserve protection, not prosecution, as outlined in our written comments.”

The decision of a Chamber of the Third Section can be found here.

(Note: Media Defence was granted permission by the Grand Chamber to intervene on condition the written submissions do not comment on the facts or merits of the case and only address general principles applicable to the determination of the case.)

We are Hiring for a Finance and Operations Director

We are looking for a talented, fully-qualified finance professional who brings strong strategic and operational experience across all areas of budgeting, financial reporting, governance and risk. The role of the Finance and Operations Director is a key part of our organisation and of our leadership team. As a strategic advisor to the CEO, our Board […]