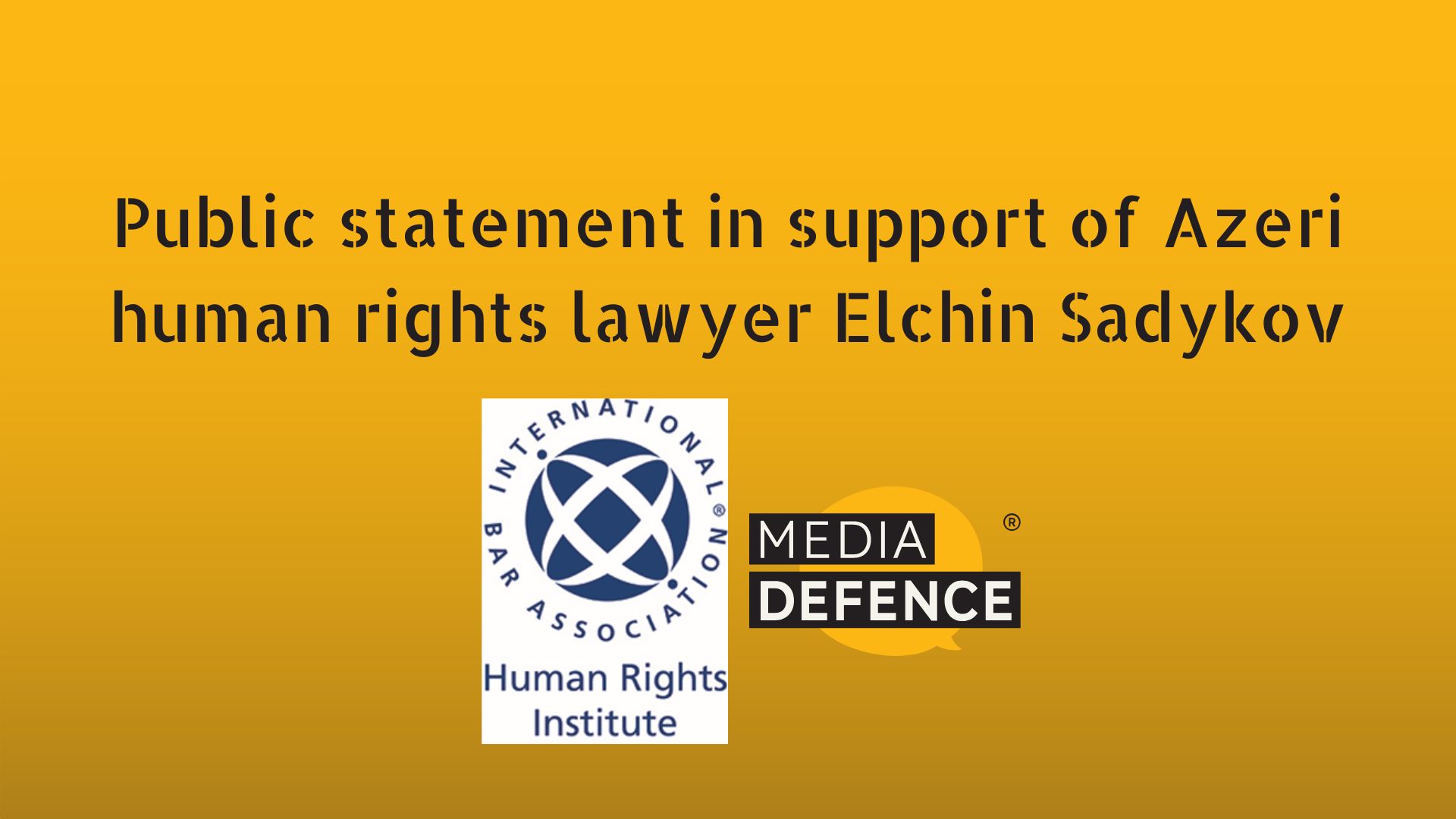 Mr Sadykov is a well-known human rights lawyer, who has represented journalists, activists and politicians over many years. On Saturday night, his home and office in Baku were raided by the police. That same night, Mr Sadykov was interrogated and subjected to a court hearing, and, on Sunday morning, remanded in pre-trial detention for four months. Mr Sadykov has been in incommunicado detention for at least three days. Today, a court in Baku will hear an appeal against his pre-trial detention.

The manner of Mr Sadykov’s arrest and detention raise serious concerns with regard to the legitimacy and lawfulness of the procedures brought against him and their compatibility with international human rights standards.

While searching his house and office, the authorities seized material relating to cases Mr Sadykov is working on as well as his electronic devices. These items are protected by legal professional privilege and contain sensitive information relating to serious human rights abuses. This material should be returned immediately.

Media Defence and IBAHRI have collaborated with Azerbaijani lawyers and civil society organisations supporting cases being litigated at the European Court of Human Rights. The action taken against Elchin Sadykov is not an isolated case but reflects a pattern of harassment against critical voices in Azerbaijan, including politicians, journalists, lawyers and human rights defenders. This latest abuse of the legal system produces a chilling effect on legal professionals dedicated to upholding human rights in Azerbaijan, to the overall detriment of victims of human rights violations.

Mr Sadykov should be released immediately and respect for his rights and liberties must be ensured, in line with international human rights standards. As the Council of Europe Commissioner for Human Rights stated earlier, Azerbaijani authorities have the “duty to ensure that human rights defenders and media professionals can carry out their work safely and freely”.

Read the pdf version of the statement here.

Jean Wyllys is a Brazilian journalist who writes for Counter Punch, amongst other prominent newspapers and magazines. He is also a researcher at Open Soctiety Foundations and an LGBTQ+ activist. His research focuses on disinformation and the rise of authoritarian governments. Wyllys was forced into exile after receiving homophobic hate speech and death threats whilst […]

As part of Media Defence’s latest project Empowering Women in Digital Rights Advocacy, we aim to contribute to building a strong legal defence network in the region. To achieve this goal, we provide financial assistance to organisations to establish legal aid units or media defence centres. For that reason, we are particularly excited to announce […]