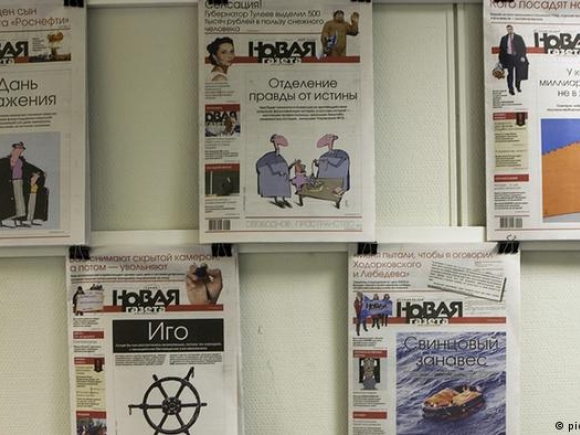 MLDI, along with the Russian NGO the Mass Media Defence Centre (MMDC), submitted an amicus brief in the case of Novaya Gazeta and ZAO Novaya Gazeta v Russia on media regulation and its implications for the right to freedom of expression, arguing that state controlled regulation of the media can constitute a serious threat to press freedom.

In this case, Novaya Gazeta newspaper, the first applicant, received a warning from Rozkomnadzor, Russia’s state media regulation agency, for dissemination of extremist material. The newspaper had published a story about politically extreme organisations in Russia to expose these organisations to law enforcement agencies and to bring their unlawful activities to the attention of the public. Two warnings within one year from Rozkomnadzor are enough to trigger legal proceedings that can result in closure of a media outlet. The chilling effect these warnings can have on the media is clear.

Novaya Gazeta newspaper brought a case before the Russian courts challenging the issuing of a warning, on the basis the regulator failed to take into account the context and purpose of the article. It argued that it published quotes from extremist organisations in the article to support the central proposition of the article, and that this did not amount to dissemination of extremist material. The Russian courts rejected their arguments. The applicants now complain, before the European Court, that the warnings amount to an unlawful and disproportionate interference with their freedom of expression.

In the amicus brief, MLDI and MMDC argue that self-regulation is the most appropriate, and least restrictive, means of regulating the press. They note that warnings issued by media regulators can have a chilling effect on both journalists and media organisations and that in assessing whether any restriction on free expression violates article 10, the European Court should have particular regard to such warnings.

The brief also draws the court’s attention to the chilling effect a warning from Rozkomnadzor can have on the media in Russia and argues that its lack of independence and over broad mandate has led to arbitrary abuse, resulting in censorship of the media.

Padraig Hughes, MLDI’s Legal Director, said that “Threats to a free and active press come in many forms, including through government controlled regulation of the media. A state controlled regulator is never the answer. We hope the Court will recognise that self-regulation contributes to a vibrant and inquiring press, an essential component of any democratic society.” He added “A free and active press is essential to exposing extremist ideologies and the hate speech that accompanies them.”

The intervention can be downloaded following the link below.

MLDI would like to thank Conor McCarthy for his assistance in drafting the brief, and Galina Arapova and Dirk Voorhoof for their valuable input.