Tackling internet censorship in Pakistan: a tough but necessary battle. Welcome to the first installment of our new ‘Partners’ blog series. In this series, we will be interviewing some of our partners from around the world about their crucial and fascinating work in freedom of expression. 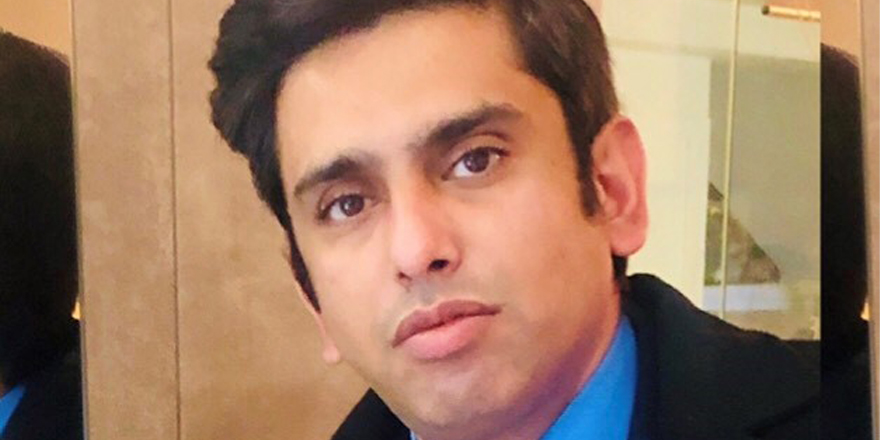 Tackling Internet Censorship in Pakistan: A Tough but Necessary Battle

Fear and self-censorship dominate the media environment in Pakistan. Harassment, intimidation and the use of legal pressures against independent journalists and other people expressing themselves offline and online is common. Censorship in the country, which was already worrying, escalated since Prime Minister Imran Khan took office in July 2018.

We spoke about these issues with Pakistani lawyer Yasser Latif Hamdani, who has litigated internet freedom cases in Pakistan for several years. He is passionate about media freedom and, when asked why it’s important to him he says;

“As a Pakistani, I would like to see my country develop into a healthy democracy and for that media freedom is sine qua non and an irreducible minimum. This makes media freedom important to me. It is the media that can act as a check on excesses and arbitrary actions on part of the government along with the judiciary of course”.

The government’s use of draconian laws against independent media and internet freedom is increasing. Local NGOs, journalists and lawyers are working in a struggle to counter this crackdown. Lawyers like Yasser have come to the courts several times to act against these circumstances. This is how Yasser got involved in 2012:

“In 2012, YouTube was banned in Pakistan. Bytes for All, a digital rights advocacy group, engaged me as counsel to challenge that ban. It was in part because of the case we filed in Lahore High Court that the government was finally forced to lift the ban on YouTube in January 2016, though not quite how we wanted it. I have been engaged in media defence ever since to ensure that such blockings are never repeated.”

The repression of internet freedom in Pakistan has not ceased after the YouTube case in which Yasser worked. One of the most well-known laws restricting this right in Pakistan is the Prevention of Electronic Crimes Act 2016 (PECA), which was enacted despite high criticism from bodies such as the U.N. Special Rapporteur on the promotion and protection of the right to freedom of opinion and expression. This law grants power to the governmental Pakistani Telecommunications Agency (PTA) to block online content if it “considers it necessary in the interest of the glory of Islam or the integrity, security or defence of Pakistan.”

As Freedom House notes, this and other laws are used to censor criticism and public interest information, leading to the blocking of over 800,000 websites. This includes news, political and religious content. Alongside this, the government frequently shuts down internet and mobile communications on alleged security grounds. Yasser considers that the impact of such restrictions “is to be seen in terms of economic cost which is substantial not just for telecommunication companies but for businesses relying on the internet and social media. The kill switch employed by the government is like the sword of Damocles threatening to fall on our heads.”

September 2019 brought new success in the fight for internet freedom in Pakistan, as the Islamabad High Court ruled against the overbroad interpretation of PECA by the PTA. According to the Court, the PTA was violating “the fundamental rights guaranteed under the Constitution as well as the settled law enunciated by the superior courts” for blocking content without notice or any opportunity to the affected person to comment on the restriction or to defend themselves. The Court also ordered the PTA to work with the federal government to establish rules for the implementation of Section 37 of PECA, which refers to the online blocking. Considering this, we asked Yasser if he thinks that courts are acting as a safeguard for freedom of expression online and if the protection from the courts is strong enough:

“Enlightened judges act as protector generals for internet freedom and freedom of expression but they are few and far between. For each case that upholds media freedom, there are five others where the courts do not uphold the principle of freedom of expression as steadfastly as they ought to do so.”

Media lawyers like Yasser operate in a difficult legal context. Freedom of speech and of the press are fundamental rights in Pakistan as per Article 19 of the country’s constitution enacted in 1973. However, that same provision allows restrictions under broad grounds, for example; “the interest of the glory of Islam or the integrity, security or defence of Pakistan or any part thereof, friendly relations with foreign states, public order, decency or morality, or in relation to contempt of court, commission of or incitement to an offence.” Yasser considers that this norm should change in favour of freedom of expression:

“Ideally Pakistan should return to the language of Article 8 of the 1956 Constitution, which did not have the ‘glory of Islam’ exception. The glory of Islam exception under the 1973 Constitution is overbroad and has led to several outrages by the executive and even the legislature. The existence of blasphemy laws and criminal defamation speaks volumes. An even more ideal situation would be unfettered freedom of expression and speech on the lines of the US first amendment, with no overbroad exceptions of any kind”.

The lack of protections for freedom of expression amount to a high level of self-censorship. Pakistan is one of the toughest countries in the world for being a journalist, ranking 145th on the Reporters without Borders’ Index. It is also constantly present in the Committee to Protect Journalist’s ranking on impunity in crimes against journalists. Furthermore, according to Amnesty International, media workers report “a growing culture of censorship, coercion and harassment by the authorities”. Asked about the environment in the Country, Yasser explains:

“Pakistan is a hybrid state with a civilian democratic government vying for power with other parts of the government that constitute the unelected deep state. Given the general volatile situation in the region, Pakistan is a national security state. The added issue is of religious sensitivity that comes with being an Islamic Republic with a state religion as is the case under the 1973 Constitution. All of these factors lead to journalists being circumspect about fighting back and choose instead to self-censor.”

This complicated environment is also problematic for lawyers working in defending internet and media freedom, as Yasser explains: “One of the biggest challenges comes from those sections of society that frame lawyers like me as “anti-Pakistan” or supporting an “international agenda” at times. There are other challenges such as the fact that one has to devote a fair bit of one’s practice to corporate work for bread and butter, which takes away from not just time that could be devoted to media freedom but is forbidding in terms of the lengths that one can go in controversial cases. The legal side is clear enough. Jurisprudence in Pakistan seems to hold the questions of sovereignty and Islamic values in high regard and are not always forthcoming.”

Lawyers like Yasser are necessary in countries with such a delicate climate for media freedom. Their work is necessary to promote better practices and to champion democracy and human rights. Change might be slow and difficult to obtain, but it has to be sought, as Yasser concludes:

“We need more strategic litigation but that is something that requires resources of which there is paucity. Just like an economy needs corporate lawyers, there have to be dedicated lawyers who specialise in constitutional litigation around Article 19 of the Pakistani constitution because much work needs to be done there.  Advocates involved in this kind of litigation are often poorly paid and have to rely on other streams of income, which naturally takes away from the quality of work done. Litigation requires undivided attention, reading of case law and strategic thinking, which cannot happen if one is spread thin in too many things”.