Over 140 Lawsuits Filed against Journalist João Paulo Cuenca in Brazil 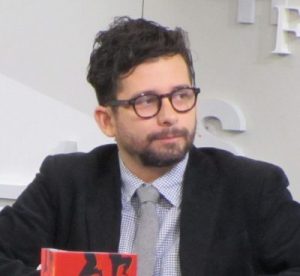 In Brazil, journalist and author JP Cuenca became the defendant in more than 140 lawsuits. These suits were filed all over the country by pastors from the Universal Church of the Kingdom of Christ, a multinational organisation with branches operating in more than a hundred countries.

Deutsche Welle fired him for that tweet, saying it went against their values. Brazilian President Bolsonaro’s son and supporters picked up on the news and intensified their attacks on Mr Cuenca.

The response from the Universal Church

Starting in June 2020 individual pastors from the Universal Church began filing lawsuits against Mr Cuenca in almost every Brazilian state (there are 27), except in São Paulo where he lives. Most lawsuits are in the form of civil cases initiated before small claims courts alleging the pastors were offended and asking for compensation. In small claims courts the accused needs to appear him/herself before the court. In addition, six procedures are criminal in nature.

This obviously coordinated strategy by the President’s supporters aims to bankrupt Mr Cuenca. Despite the lawsuits lacking any merit, if even a small number result in a negative judgment, this will have a serious impact on Mr Cuenca. He would have to pay the compensation before appealing to a higher court.

As of April 2022, 91 out of 143 cases against Mr Cuenca had either been won or dismissed. Beyond Mr Cuenca’s defence, steps have also been taken by the Brazilian Press Association (Associação Brasileira de Imprensa, ABI). ABI filed a complaint about the judicial harassment against him to the Office of the Federal Public Prosecutor. The Federal Public Prosecutor opened an investigation and notified the Universal Church. Lawyers for the Church eventually testified and presented a written reply objecting to the investigation. They denyied any coordinating role in the lawsuits initiated by pastors against Mr Cuenca.

This investigation, which is civil in nature, is still ongoing. However, the Public Prosecutor’s Office petitioned the National Justice Council (Conselho Nacional de Justiça, CNJ) about this issue, requesting a Resolution or Order recommending how judges and prosecutors should treat lawsuits such as Cuenca’s.

On 8 February 2022, the CNJ held a session and decided to issue a norm. Recommendation 127 focuses on “predatory judicialization that can lead to the restriction of defence and the limitation of freedom of expression”. [2] This Normative Act classifies as predatory judicialization the mass filing of actions with a similar request and cause against a person or a specific group of people to inhibit their full freedom of expression. In the recommendation, the CNJ guides the courts to adopt measures aimed at speeding up the analysis of the occurrence of procedural prevention. It also highlights the need to group actions, as well as consider the bad faith of the plaintiffs, so that the defendant can effectively defend themselves in court.