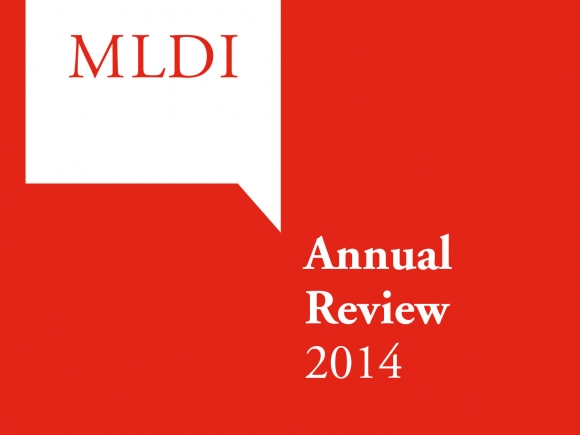 This year, with the imprisonment of three Al Jazeera journalists in Egypt on false news charges, press freedom issues made headlines around the world. News coverage of this scale is rare, but the sentences are not: oppressive governments around the world are increasingly using false news, criminal libel and national security laws to criminalise free speech.

For cases like this we provide emergency support, but we also take a principled stance and try to have the laws that allow these cases to be overturned. We do this by appealing to constitutional courts or international courts such as the European Court of Human Rights and the East African Court of Justice. In the review you can read about our work on a case that has been brought before the African Commission on Human and Peoples’ Rights.

At the heart of what we do is a belief that journalists, bloggers and independent media must have access to the best possible legal support and the necessary financial support to defend themselves when cases are brought against them. Defending journalists and others who report on issues of real public interest will continue to be a priority for us. For example, in Cambodia we supported a radio journalist who was accused by the Government of inciting hatred by reporting on issues of deforestation and land rights, and in India we are helping a medical publisher defend a case brought against him by a large Danish pharmaceutical company after he reported that drugs being marketed were not licensed for use in India.

As we look ahead, we expect to see more cases like the one we explore in the review where we support Bytes for All in their efforts to overturn the ban on YouTube in Pakistan. Internet censorship is a growing problem. As well as blocking entire platforms such as YouTube, many Governments are singling out individuals. For example, in Malaysia and Singapore the Prime Ministers are now personally suing bloggers and online media, while in Russia a new law requires popular bloggers to register with the Government.

Our long-term goal is to strengthen media legal defence capacity around the world by making sure that journalists can access local support when they need it. We do this by supporting individual cases, assisting groups to set up media defence centres within their countries and providing training to build legal expertise. Our partnerships with media defence centres across Asia, Europe and Africa provide the funding and strategic support needed to build the capacity of these organisations.