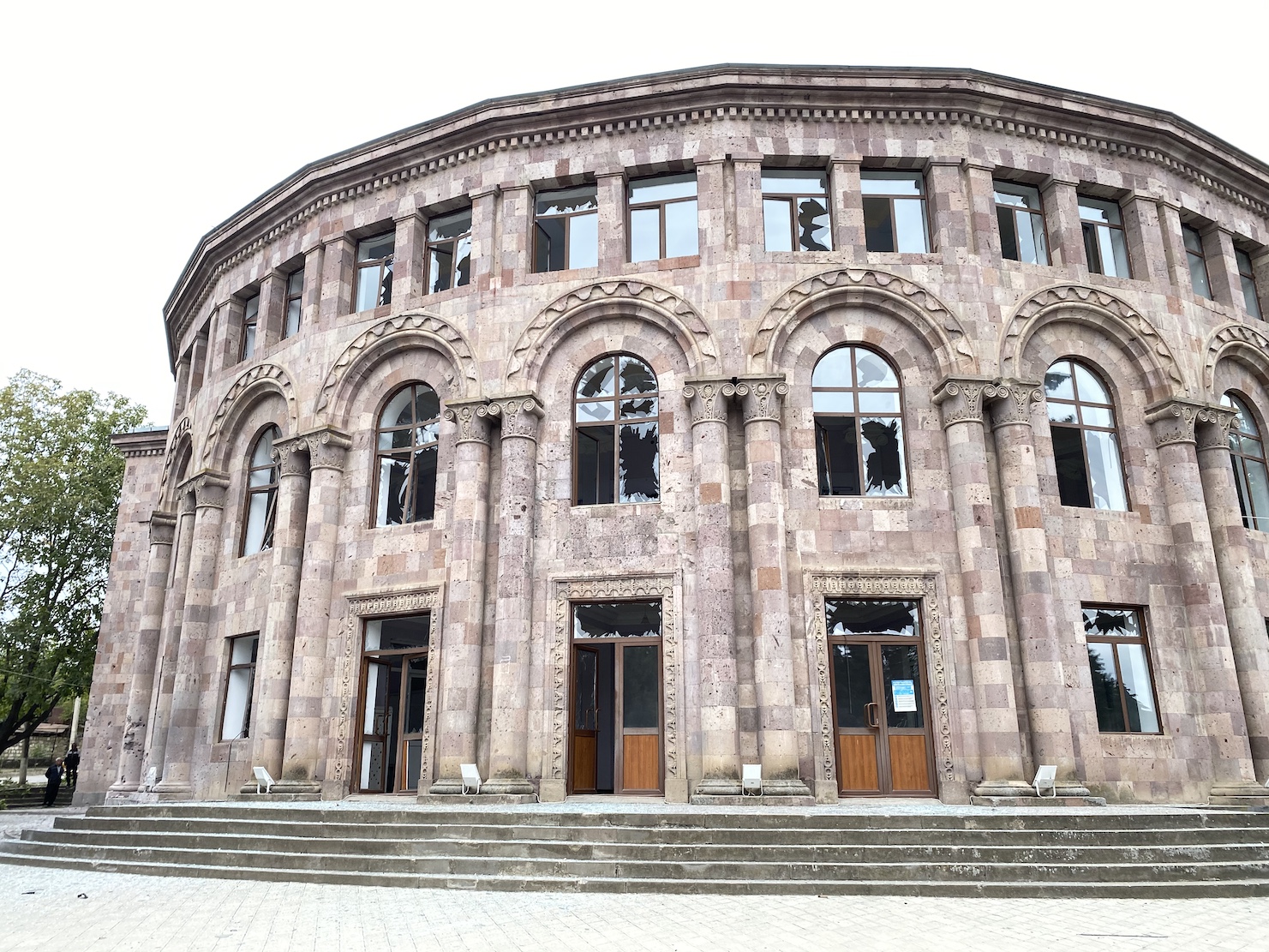 Media Defence has today filed a case at the Strasbourg court on behalf of four Armenian citizens following the bombing of the town of Martuni by Azerbaijani forces during the recent armed conflict in Nagorno-Karabakh. The applicants – three journalists who were injured and the brother of a journalist fixer who was killed – allege that as a result of this attack their rights under the European Convention on Human Rights were violated by Azerbaijan.

The bombing took place on 1 October 2020 when the centre of Martuni was hit by around 40 missiles over a short period. Four people were killed, and a number of others were seriously injured. Later that day the Azerbaijani government, referring to the bombing, accused Armenia of endangering the lives of journalists and violating international law. In fact, attacks on journalists by Azerbaijani armed forces were a regular occurrence over the course of this conflict. Many journalists reported being harassed and threatened by Azerbaijani armed forces while trying to carry out their journalistic work.

The applicants’ case is that their right to life and right to freedom of expression were violated by Azerbaijan when they bombed Martuni. These rights are protected by article 2 and article 10 of the Convention.

The applicants are represented by Pádraig Hughes, Carlos Gaio and Sabah A. from Media Defence along with Armenian lawyer and president of the Freedom of Information Centre Shushan Doydoyan, who said:

“This case has a strategic meaning for the Armenian journalistic community. As a result of shelling by Azeri military forces at least six reporters were injured and one fixer was killed in Artsakh in October, 2020. Even though media professionals working in conflict zones have the status of civilians and are protected by international humanitarian law, this principle was not properly respected. Journalists are not military targets, their safety should be guaranteed because they are carrying out their professional duty in the war zone by risking their lives. I am proud to be a part of the legal team which developed this strategic litigation case to demand recognition of the violation of the affected reporters’ rights and compensation from the Azerbaijani Government”.

Media Defence Legal Director Pádraig Hughes said, “The importance of accurate and informed reporting during armed conflicts cannot be overstated, not least because reporting often has an impact on how warring parties behave. This attack prevented journalists from doing their job and was just one part of a number of attacks on the media by Azerbaijan during the conflict. The way in which the conflict was conducted has since been described as showing the ‘future of warfare’. The Court must ensure that future includes proper protections for journalists so that the quality and independence of the information they are able to provide is not compromised.”

For further information on this case please contact Pádraig Hughes at padraig.hughes@mediadefence.org

We are Hiring for a Finance and Operations Director

We are looking for a talented, fully-qualified finance professional who brings strong strategic and operational experience across all areas of budgeting, financial reporting, governance and risk. The role of the Finance and Operations Director is a key part of our organisation and of our leadership team. As a strategic advisor to the CEO, our Board […]