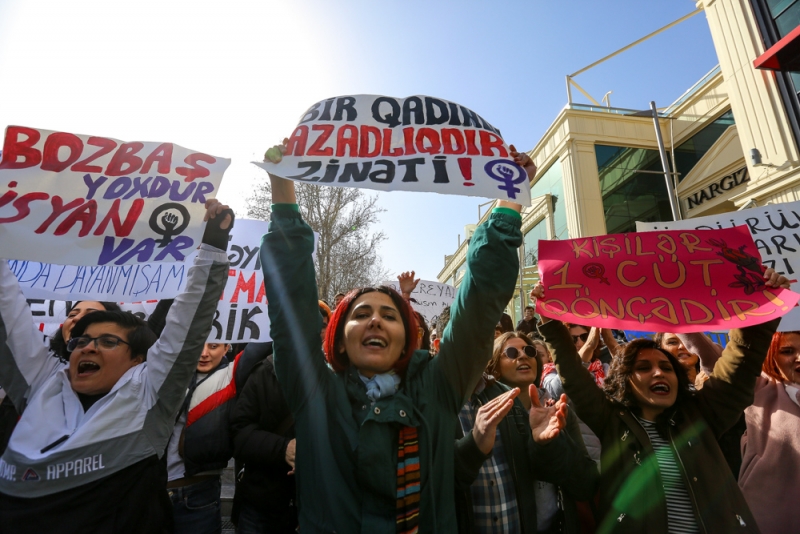 Media Defence has filed an application to the European Court of Human Rights on behalf of Gulnara Mehdiyeva, an activist and journalist reporting on LGBTI and women’s rights issues in Azerbaijan. Ms Mehdiyeva was subject to a serious cyberattack, in which a hacker gained access to her email and social media accounts, after she played a key role in organising a march to mark International Women’s Day in March 2020.

The hacking of Ms Mehdiyeva’s accounts typifies the challenges faced by human rights activists in Azerbaijan – especially those advocating for LGBTI and women’s rights. Having gained access to her accounts, the hacker downloaded her private data including photographs, email and social media archives. The hacker also deleted three Facebook groups dedicated to LGBTI and women’s rights, which Ms Mehdiyeva administered. These private groups had functioned as safe spaces for LGBTI individuals and women and girls who had experienced domestic violence to share private stories and experiences. As result of the attack, the identities of group members, including minors and other vulnerable individuals, were exposed.

The Rise of Cyberviolence

Ms Mehdiyeva alerted law enforcement authorities and provided them with two IP addresses clearly used by the hacker to access her accounts. Despite her repeated requests that they investigate the cyberattack, the authorities refused to do so – claiming they lacked the “technical capacity” to investigate the IP addresses. She challenged that decision before the domestic courts, without success.

Online harassment, especially of women, has increased significantly in Azerbaijan. Those targeted are often outspoken critics of the Azerbaijani government. In Ms Mehdiyeva’s case, the evidence certainly suggests state involvement. One of the IP addresses used to hack her accounts had previously been used to carry out phishing and DDoS attacks against other independent media. Digital forensics organisation, Qurium Media Foundation, linked those attacks, and the one carried out against Ms Mehdiyeva, to internet infrastructure connected to the Ministry of Internal Affairs. In the weeks following the cyberattack, police also contacted over 50 members of one of the deleted Facebook groups. This had been a private group, such that none of its members should have been identifiable. However, many of those questioned were not activists and had no apparent connection to women’s rights or other activist groups.

Our application argues that Azerbaijan breached Ms Mehdiyeva’s rights to private life and freedom of expression by refusing to investigate the cyberattack against her. In addition, it argues that there is sufficient evidence to find that the state was involved in or facilitated the cyberattack – amounting to a further violation of her rights.