Marshal Muchende on getting Zambia’s “false news” law struck down 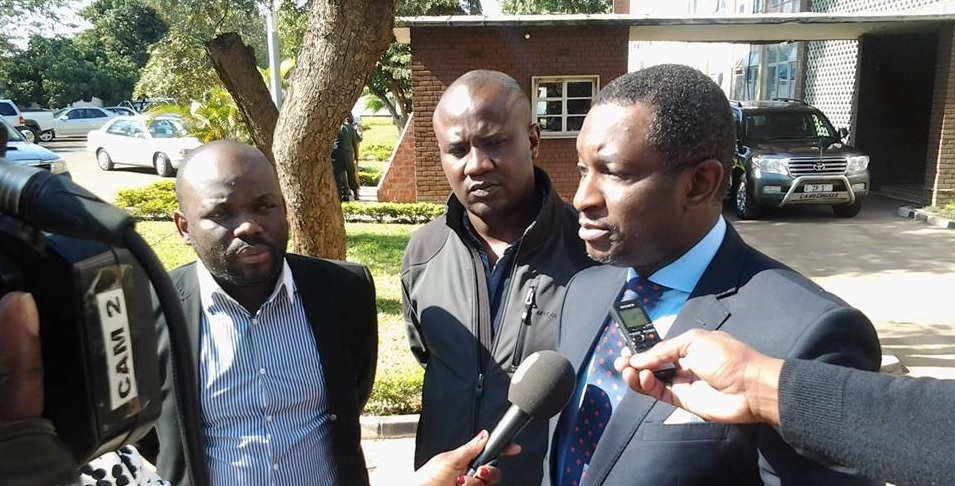 The 4th of December 2014 was a defining moment in Zambian legal history. In a landmark judgment, High Court Judge Isaac Chali struck down the provisions of section 67 of the Penal Code which prohibited the publication of so-called “false news”, joining Zambia’s name to the list of countries who have similarly held that this colonial-era law is not justified in modern democracy.

The ruling came in the context of legal proceedings against two journalists and a civil society activist, MacDonald Chipenzi, Richard Sakala and Simon Mwanza. They faced three years prison under Section 67, which criminalises “anybody who publishes any statement, rumor or report that is false and likely to cause alarm”.

We argued that this provision was simply an outdated and repressive piece of legislation that serves no legitimate aim in a free, open and democratic society. It had been introduced in colonial times to repress the independence movement; and in recent years the “false news” law had been a key tool used by the ruling Patriotic Front government to suffocate the views of media houses and others who were seen to be opposed to it.

In essence, the law required journalists to verify the accuracy of any statements, be it their own or those made by others, before they could be reported. We argued and the judge concurred that it would be a grave impediment to the freedom of the press if journalists and scribes who distribute matter criticizing the conduct of public authorities could only do so after verifying the accuracy of all the statements of facts on which their criticism was based.

This ruling has put an end to the prosecution of the three journalists concerned in the case, but will also put a halt to many other pending prosecutions.

One notable beneficiary is Hakainde Hichilema, popularly known as “HH”, a high profile politician who leads the United Party for National Development (UPND). HH had been charged under section 67 for criticizing the government’s decision to send cadres to Sudan for training as part of a memorandum of understanding between Zambia’s “Patriotic Front” government and Sudan’s ruling National Congress Party, led by Lieutenant General Omar Hassan Ahmed Al-Bashir (who has been indicted for war crimes).

I was a part of the legal team representing HH. Our attempts to have Section 67 referred to the High Court for determination of its constitutionality failed on several occasions – in our view, because it was a highly political case. But the landmark judgment in Chipenzi’s case renders the case against HH null and void.

Another “false news” case that will be halted by the ruling has been the prosecution of journalist Collins Changwe, a talkshow host with Radio Station “Hot FM” who hosts a popular breakfast show. Hot FM’s managing editor was cautioned under section 67 for reports on the breakfast show earlier this year that late President Sata was ill. Interestingly, the same story was published in the Post Newspaper yet no action was taken against the managing editor of that newspaper. We can only guess at the reasons. President Sata has since passed away, following a grave illness.

Section 67 will remain infamous in the memory of many Zambian journalists for suffocating views that dissented from the ruling Patriotic Front. It had a severe chilling effect on many journalists as well as civic and political leaders who were unable to comment freely on matters that reflected on the conduct of those in authority.

Judge Isaac Chali held that Section 67 contravened our constitution precisely because of this chilling effect: the provision went far beyond the permissible restrictions that may be constitutionally imposed on the enjoyment of right to freedom of expression and freedom of the press. Section 67 was therefore not reasonably justifiable in Zambia’s democratic society and was declared null and void.

The author is a Zambian lawyer who works with the support of the Media Legal Defence Initiative to defend media freedom in Zambia. He represented Richard Sakala and Simon Mwanza in their application to the High Court that resulted in the ruling declaring Zambia’s “false news” provisions unconstitutional. He also represented HOT FM radio in their defence of a false news charge.