The African Court on Human and Peoples’ Rights, the East African Court of Justice and the African Commission will speak out on the criminal prosecution of those who challenge the conduct of public officials, muzzling a free press in the run-up to elections, and the space allowed for open and critical debate in a post-conflict society. 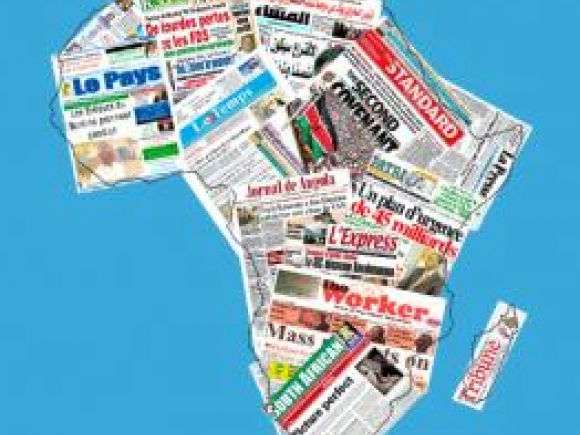 The first US-Africa summit was held in early August, focusing on trade and investment opportunities across the continent. While some of the world’s most promising markets can be found in Africa, the situation of the press – whose ability to freely operate enhances transparency and democracy – is not as rose-coloured. Oppressive laws are still being used to stifle government criticism and journalists continue being jailed for addressing matters of public interest. For example, in Burkina Faso a journalist served a year in prison for accusing a local prosecutor of corruption while in Rwanda, two journalists recently served prison sentences for having ‘insulted’ the president and speaking truth to power.  In the coming months, three African human rights tribunals are due to hand down decisions that could have a significant impact on the rule of law on the continent.

The African Court on Human and Peoples’ Rights, the East African Court of Justice and the African Commission will speak out on the criminal prosecution of those who challenge the conduct of public officials, muzzling a free press in the run-up to elections, and the space allowed for open and critical debate in a post-conflict society.

These cases are of momentous importance. Not only can they have a profound impact on the democratic process in the relevant countries (Rwanda, Burundi and Burkina Faso), but they could also set a precedent for the region and influence other international and national courts to follow suit and push forward Africa’s state of press freedom, transparency and democracy.

The African Court on Human and Peoples’ Rights in March this year heard the case of Lohé Issa Konaté v. Burkina Faso, which concerned a Burkinabe journalist who was jailed for a year after publishing articles criticising a public prosecutor. The judgment will be handed down later this year and will be the first opportunity for the youngest regional human rights court to give its views on the importance of press freedom in general and the legality of criminal defamation in particular. Criminal defamation laws are a widespread problem not only in Africa, but worldwide, being used as a tool to silence members of the press, bloggers, political activists and human rights defenders. Since 2013, the African Union Special Rapporteur on Freedom of Expression has been running a campaign encouraging countries throughout the continent to abolish laws that criminalise free speech.

The challenge of Burundi’s 2013 Press Law by the Burundian Journalists’ Union will also be the first time the East African Court of Justice considers a press freedom case. Adopted in the run-up to Burundi’s 2015 general elections, the Press Law is one of several pieces of legislation that seeks to limit the space for free and critical debate on matters of public interest, thereby hampering a fair and open democratic process. The law effectively allows for prior censorship and imposes heavy fines on editors and journalists who violate the law, which is determined by a government-appointed oversight body. The Court’s findings in this case will not only set an important standard for the Partner States of the East African Community, but also the many countries worldwide that seek to restrict public debate during election time.

Finally, the African Commission on Human and Peoples’ Rights is due to hand down a decision regarding another East African state: Rwanda. Following the 1994 genocide, Rwanda has gone through a period of impressive economic growth. However, the lack of free space allowed for political actors, civil society and the press has been a serious point of concern regarding the rule of law in the country. The ruling party, the Rwandan Patriotic Front, maintains tight control of elections and there is hardly any space left for an independent press. Criticising the policies of the ruling party, including President Kagame, is what landed journalists Agnes Uwimana-Nkusi and Saidati Mukakibibi in jail on charges including genocide denial and criminal defamation. While their sentences were reduced on appeal and the genocide denial conviction struck out, they still ended up serving 4 and 3 years in prison for doing what an independent press is supposed to do: holding those in power to account. They appealed to the African Commission, which last handed down a decision against Rwanda in 2003, which was the third case against it to ever be considered by the Commission. With Rwanda’s recent accession to the African Court’s jurisdiction, it will be interesting to see how the Commission, which is the Court’s African Union counterpart in the field of human rights, assesses Rwanda’s compliance with its obligations under international law.

In all three cases the courts’ decisions could have far wider consequences than merely on a country level. If the courts choose to take a progressive stand and set the bar high for Africa’s human rights, they can give new momentum to the furthering of press freedom throughout the continent. This will mean countries can no longer clamp down on those who seek to encourage public debate or exercise their right to freedom of expression, which will increase the level of transparency and enhance the democratic process.