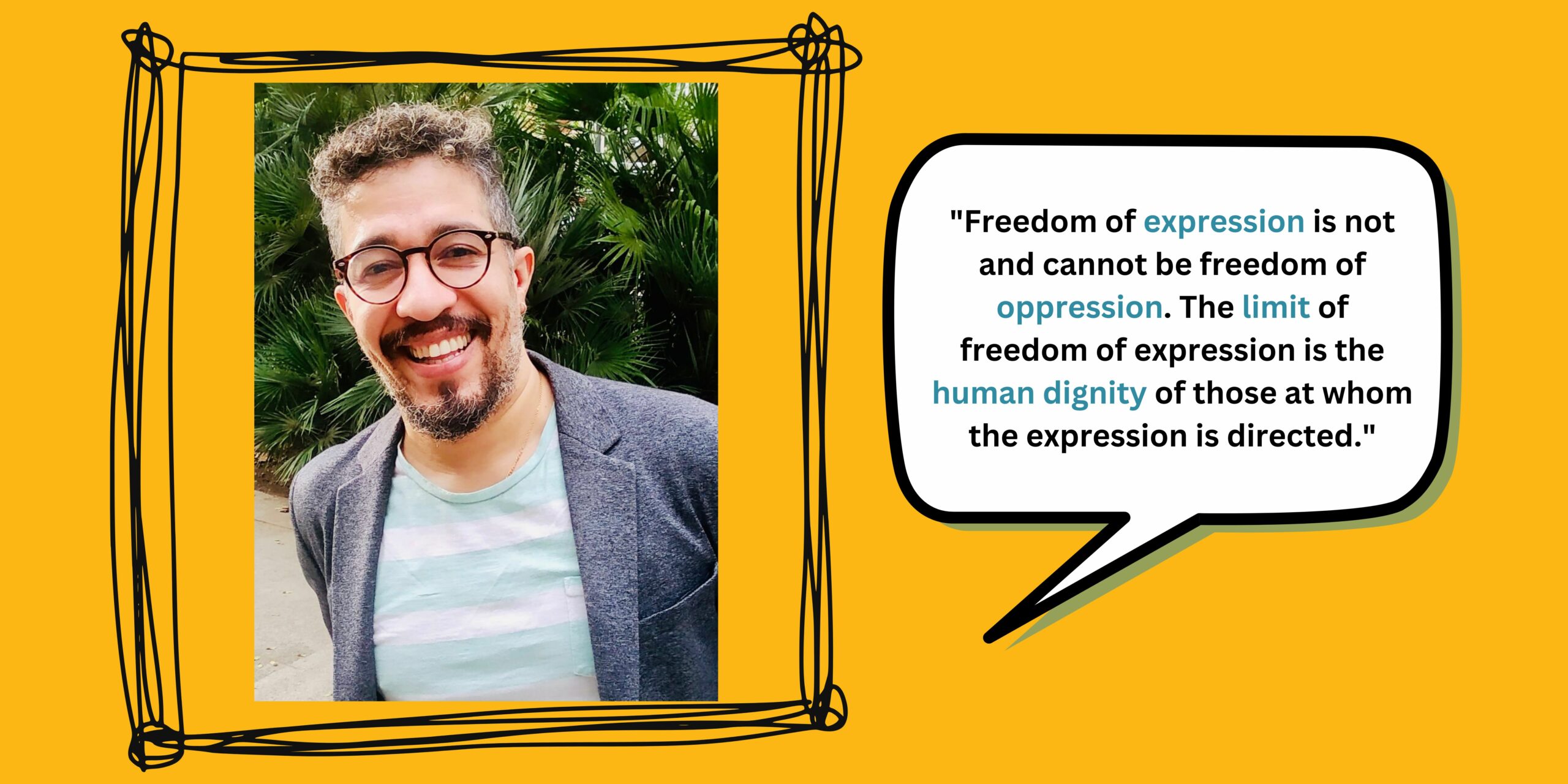 Jean Wyllys is a Brazilian journalist who writes for Counter Punch, amongst other prominent newspapers and magazines. He is also a researcher at Open Society Foundations and an LGBTQ+ activist. His research focuses on disinformation and the rise of authoritarian governments. Wyllys was forced into exile after receiving homophobic hate speech and death threats whilst serving as one of Brazil’s first openly gay members of parliament.

What does freedom of expression mean to you?

Could you tell us about the defamation against you?

From the moment I became a member of the Brazilian parliament, far right groups subjected me to a defamation campaign, online violence, and harassment. They did this in response to me being the first openly gay social-democratic parliamentarian in a majority right-wing environment.

The defamation campaign against me is ongoing. In fact, any Twitter profile that criticizes Bolsonaro or other powerful far right individuals receives hateful, defamatory remarks, and comments that are based on misinformation.

In 2022, I was sued for my comments on social media after an MP agreed with the proposition that a Nazi party should be legalised and said that Germany had made a mistake by criminalising the Nazi party.

Media Defence is supporting the appeal against the lawsuit that is ordering me to pay damages in this defamation case. For me, it is very important to have an organisation like Media Defence by my side in fighting defamation through judicial means. Since we can’t contain all misinformation, we must at least hold powerful public officials that are spreading lies and promoting harassment judicially accountable.

How has this case affected your work?

It has affected my whole life. It forced me to abandon my mandate in Congress. To leave behind my family and friends. It has drastically affected my mental health. In other words, it has totally altered my destiny. My luck is that the years of living in poverty have made me a survivor, someone capable of reinventing themselves, and continuing the fight.

What are the biggest issues you see regarding freedom of expression in Brazil at the moment?

On the one hand, a big issue is the disinformation programmed by the extreme right. This includes lies, slander, conspiracy theories, denialism and historical revisionism. On the other hand, the silencing of political and artistic expression, especially of minority and powerless groups. So there is a perversion of the notion of freedom of expression. Additionally, and as a consequence, powerful individuals are permanently harassing those who bring to light truthful information and who promote diversity.

This interview was translated from Portuguese. Read the original version here.