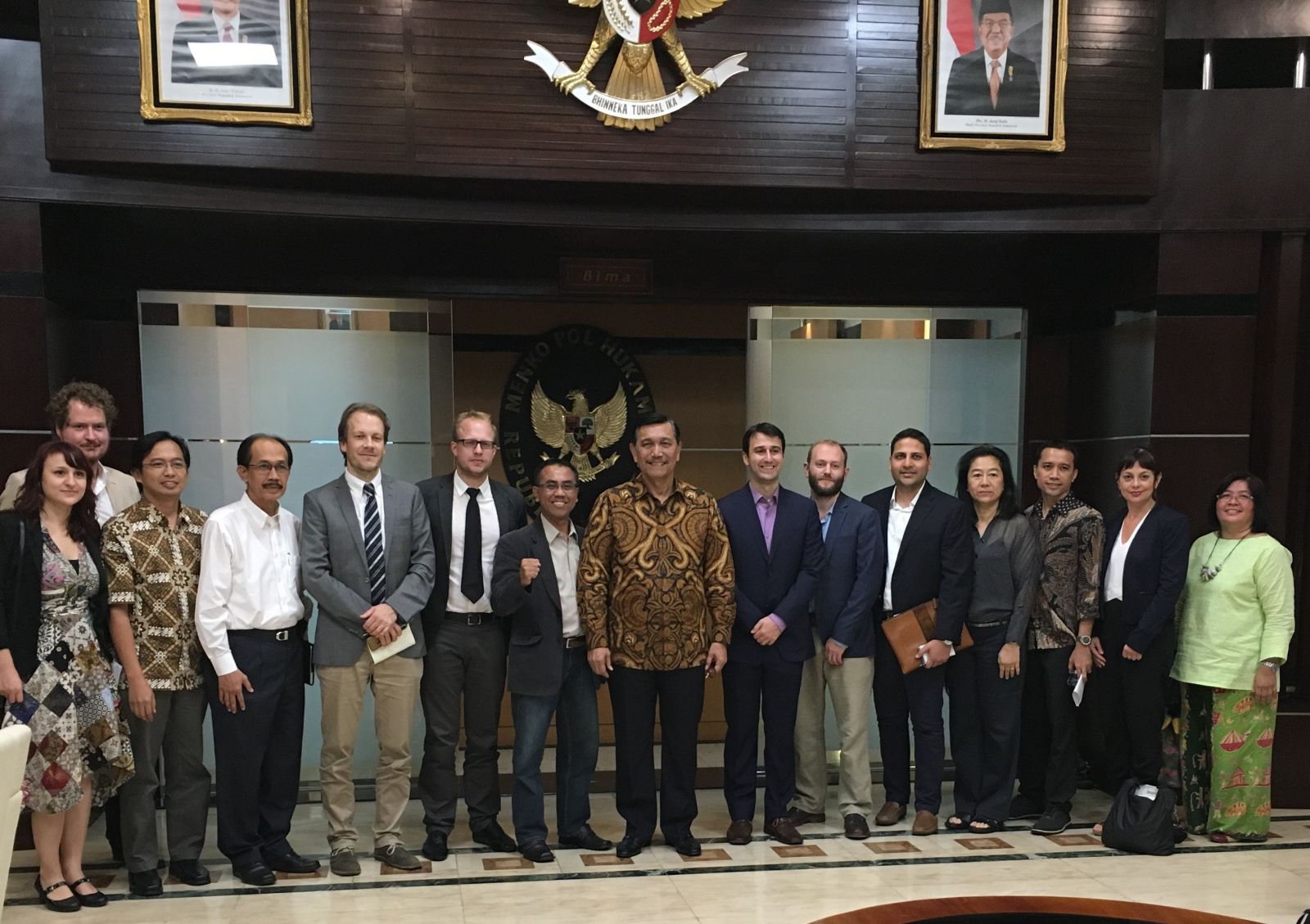 Jakarta, November 13, 2015— An international delegation of media and freedom of expression organisations met with the Indonesian government to discuss the state of media in the country. It highlighted concerns regarding journalist safety and an environment that poses significant threats to freedom of expression.

At a meeting on Thursday, Coordinating Minister for Political, Legal and Security Affairs Luhut Binsar Panjaitan re-committed, on behalf of the Widodo administration, to free press access to Papua and promised to review outstanding cases of killings of local journalists raised by the mission. The Minister was open to further communication with the media and civil society, and welcomed further recommendations.

The International Partnership Mission to Indonesia travelled to the country to meet with journalists, government and civil society representatives to review the media environment one year on since its first visit in December 2014. Significantly, it also conducted a fact-finding visit to Papua.

Publicly declared open to foreign journalists by President Joko Widodo in May 2015, Papua and West Papua have been restricted for international media for half a century. Access remains problematic, with obstacles being raised by local military and police. The mission met with Papuan journalists and media activists who described an atmosphere of surveillance and intimidation, as well as claims of security agents posing as journalists.

The mission also heard about challenges to freedom of expression more broadly across the country. Continued violence against the media and the failure to bring perpetrators to justice fuels further attacks, and leads to self-censorship. The digital space is an emerging front line for the media, meanwhile the Electronic Information and Transactions Law and the broader Criminal Code are being abused to silence critical voices.

“In a region where the press is under sustained attack, Indonesia has a leadership role to play in defending media freedoms,” the mission said. “There has been little demonstrable progress following the recommendations offered by the mission a year ago, and despite significant interventions by local civil society organisations. The government of President Widodo should do more to advance media freedom and protect journalists.”

On its first visit, the mission was briefed on the 2009 Anak Agung Prabangsa murder case in Bali, which as a result of cooperation between media, police and local government resulted in the prosecution not only of the killers but also of the mastermind.

“The Prabangsa case proves that Indonesia can tackle impunity,” the mission said. “We welcome the dialogue that has begun with the Widodo administration.”

The Mission will publish a report of its findings and recommendations by the end of November. Recommendations from the IPMI visit in 2014 are available here: www.tifafoundation.org/international-partnership-mission-to-indonesia/.

The International Partnership Mission to Indonesia visited the country from November 9th-13th and visited Jakarta, Jayapura and Makassar.

Centre for Law and Democracy