2020 in Review: The Effects of COVID-19 on Freedom of Expression Worldwide 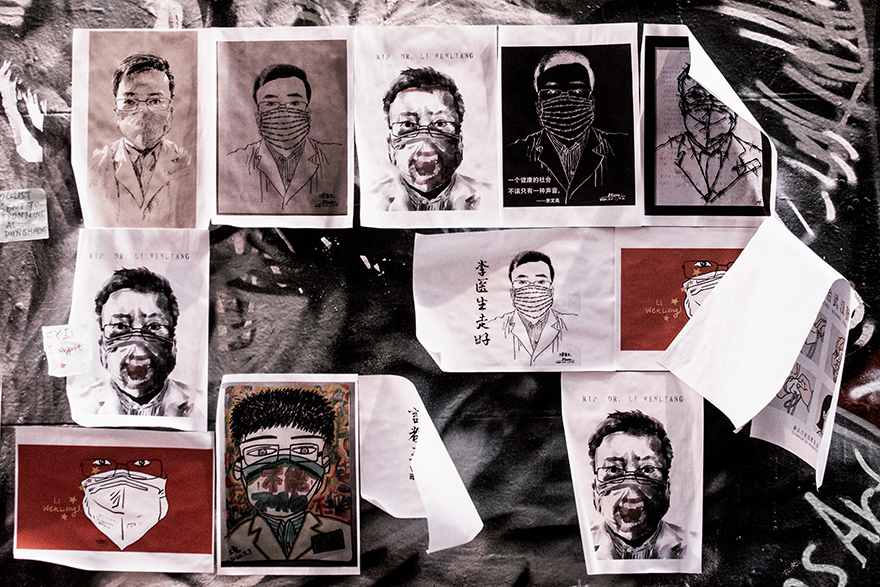 2020 has been an extraordinary year, with the world facing unprecedented challenges due to COVID-19. People moved their lives almost entirely online, even as they took to the streets to protest in staggering numbers. We have seen a rise in the number of governments clamping down on freedom of speech, ostensibly to protect citizens from disinformation in the context of the pandemic. Beyond these immediate concerns, however, COVID-19 has also given rise to troubling questions about the future of news ecosystems in the context of growing public distrust and an industry struggling to adapt to our changing consumption of news.

Just as we may not yet understand the full extent of the pandemic’s financial implications, so too it may take years to comprehend its impact on journalists and public watchdogs around the world.

In hindsight, perhaps the tone for the year was set in late 2019, when the Chinese government suppressed attempts to sound the alarm on COVID-19. When whistle-blower Li Wenliang warned fellow medics of a SARS-like virus he was witnessing in Wuhan, he was detained by police and ordered to “stop making false comments”.[1] Upon his death after contracting COVID-19, Li received hundreds of thousands of messages of condolence and gratitude on his Weibo page, which were swiftly deleted by the authorities.[2] Since then, several other Chinese activists and citizen journalists have found themselves in similar situations. Most recently, citizen journalist Zhang Zhan has been sentenced to up to five years in prison for reporting on the outbreak in Wuhan.[3]

This suppression of whistle-blowers and tight control of information is not unique to China. Dozens of countries have investigated, detained and threatened those who dare to report on the spread of the virus.[4] Media Defence supported journalists arrested and detained on trumped up charges for reporting on the pandemic, while our partners in Hungary, Poland and elsewhere continue to fight the misuse of COVID-19 legislation to silence critical media.

While, governments needed to act swiftly to curb infection rates, too often, the need for urgency led to legislation being implemented without sufficient scrutiny. COVID-19 provided many populist governments and oppressive regimes with the perfect cover to erode human rights and regress further into authoritarianism. Even for those governments acting in good faith, there has been little evaluation of the long-term ramifications of these laws or checks on how they may be open to abuse down the line.[5]

As with so many industries during the COVID-19 crisis, independent media around the world has suffered. It was a pandemic paradox – readership of most news sites soared – but newsrooms, especially smaller or regional outlets, continued to close. While online readership and subscriptions rates mostly increased, advertising and print sales fell sharply, and independent outlets were hit particularly hard. We need to ensure independent journalism is protected, encouraging democratic and pluralistic media which instils confidence in its trustworthiness.

The press has long been vilified by populist and authoritarian leaders, and this rhetoric has risen in recent times. Throughout his Presidency, Donald Trump has been a vocal critic of the press, delegitimising factual, evidence-based journalism through his constant calls of “fake news”. This phenomenon is not limited to the US either: leaders across the globe, from democratically-elected Bolsonaro of Brazil, to Turkish President Erdogan and Hungarian Prime Minister Orban, have all incited hatred towards journalists, describing them as “traitors” and “terrorists”. These tactics have consequences. Authorities not only chill critical coverage but make journalists more vulnerable to abuse online and off. In the most extreme cases, journalists have been killed as a result of their reporting. Since December 2019, two journalists supported by Media Defence have died in detention – Vietnamese blogger Dao Quang Thuc and Cameroonian journalist Samuel Wazizi. We continue to work to ensure that full and effective investigation is undertaken into both deaths.

This distrust of the media can be exploited by governments to suppress opposition and silence critics. Despite the restrictions on travel during the pandemic, 2020 has seen dozens of high-profile protests around the world. From Black Lives Matter marches in the US, to pro-democracy protests in Hong Kong and the anti-SARS demonstrations in Nigeria, communities have exercised their right to protest. A common theme of these protests was the arrest of journalists reporting on them. In Nigeria, media agencies were fined for “exaggerated reporting” when they shared footage of soldiers gunning down protestors.[6] Producer of Radio Television Hong Kong, Bao Choy, was arrested by police following her work on an investigative documentary into the violence used against protestors.[7] In the wake of George Floyd’s death at the hands of police, there were 192 reports of journalists being attacked by police for following the protests.[8] By intimidating and silencing journalists in this manner, governments can pursue their own narrative, and minimise the voice of their populations.

Media Defence continues to work to safeguard the protections afforded to journalists reporting from protests. Earlier this year, for example, we filed interventions before the Supreme Court of Justice in Mexico (with Article 19) and the Supreme Court of Colombia (with Robert F Kennedy Human Rights) in separate cases concerning the failure of authorities to safeguard freedom of expression and the free press in the context of protests.  In September, Colombia’s Supreme Court handed down judgment in that case. It condemned the violent repression of anti-government protests that had taken place in November 2019. The Court also made a number of orders aimed at ensuring systemic reform, preventing other such violations of the rights of peaceful protestors and journalists.

The pandemic demonstrated why factual news is indispensable and how a free press can save lives. Reliable news reporting was an essential tool to limit the virus’s spread, keep citizens informed and untangle the complex economic hardships and human suffering that ensued. Now more than ever, we need to ensure that journalists and independent have the support necessary to do their job.

Yet the events of the past year serve as proof that the context in which the media operates is worsening. RSF’s World Press Freedom Index suggests that the coming decade “will be pivotal for press freedom”.[9] But as well as being a warning, this statement represents hope. For many journalists, the very fact that hostilities towards them are growing serves as a reminder that the work they do is more important than ever. Citizens around the world are beginning to understand the crucial role that the press plays in exposing corruption, investigating human rights abuses, and holding power to account.

Over the past 12 months, Media Defence has played a significant part in defending press freedoms, changing legislation fundamentally and keeping dozens of journalists out of prison. And in turn, this was made possible by funders and philanthropists who are increasingly aware of the importance of journalists and our work to defend them. This ecosystem is key to the longevity of democracies around the world. We are keen to continue this positive trend in the coming year, supporting independent media to be as vocal and diverse as the populations it seeks to inform.