“Without MLDI, I would have applied for political asylum” 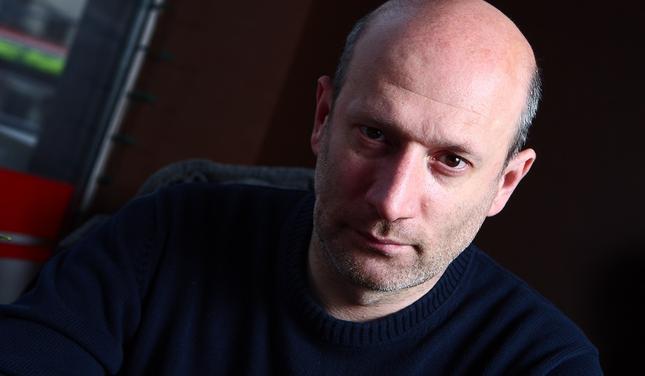 Latvian investigative journalist Leonids Jakobsons has been charged with violating the mayor of Riga’s confidentiality of personal correspondence.  Jakobsons did not have the financial resources to pay for a defense lawyer until MLDI stepped in. Jakobsons is the first Latvian journalist to be charged with disclosing personal information from emails. He is facing up to a three year sentence and a fine of 50 monthly paychecks.

The focus of the trial is an article from 2011 that was written and published by Jakobsons on his investigative news portal kompromat.lv. Jakobsons’s piece exposes the mayor of Riga Nils Usakovs’s ties with a Russian secret service employee. The article contained email contents written by Usakovs to his Russian contact. Having the largest ethnic Russian minority of the ex-Soviet Baltic states, Latvia is concerned with a potential Russian influence within its borders. Usakovs claims that his personal information has been disclosed.

Once the article was published, Jakobsons’s investigative news portal was subject to a two-week long hacker attack. Subsequently, police searched his home from where he works, as well as the location of his work server. Jakobsons was handcuffed and put in isolated police custody for two days. His work computer was seized and remains with the police.

The trial against Jakobsons started in 2013 and is in the fact-finding stage. Several witnesses have yet to testify. His work was severely affected. “The court procedure is very unpleasant. It just consumes much time and energy. There is just this constant pressure. I write much less articles”, Jakobsons explains. With his work computer confiscated in 2011, Jakobsons is wary of the police having seen all his sources of information. “The process is a big minus. I still have to restore the trust with my sources of information,” Jakobsons says. On a personal note Jakobsons adds that “paying € 14,000 means full bankruptcy for me”.

In 2012, Jakobsons was physically assaulted at the entrance to his home. Two men exposed him to tear gas, beat him up and cut his face with a knife. Jakobsons is left with a life-long scar across the length of his whole right cheek. “I became recognizable at all times which is bad for my work,” Jakobsons explains. The criminal investigation has yet to produce any results, and Jakobsons remains wary of the police’s efforts to find those responsible. In January 2015, Jakobsons received a phone call from a stranger who threatened to kill him. In March 2015, Jakobsons had contacted the mayor of the Latvian town Rezekne for an interview. The mayor, from the same political party as Usakovs, allegedly threatened to put Jakobsons into prison if he returned to Rezekne.

The lively and free media landscape in post-Soviet Latvia has shriveled over the past years. Media ownership has become overly concentrated and is at times undisclosed. With independent media being scarce, journalists are exposed to editorial pressure. Political parties have exerted control. According to Jakobsons, Usakovs has sued several journalists for publishing unfavourable stories about him “with the effect that journalists feel deterred of writing stories about Usakovs”.

Jakobsons is defended by Ilona Bulgakova and Linda Birina. Birina has already cooperated with MLDI in another trial involving the Latvian journal ‘Ir’. Jakobsons’s trial is closed to both the public and the press.  Jakobsons concludes that “Every journalist here is fighting his own war. This fight would have been impossible without MLDI’s support. I would have applied for political asylum.”

An interview with Leonids’s lawyer, Linda Birina, in which she discusses the current situation for journalists in Latvia, and her collaboration with MLDI can be read here.