What Happened Next: Joel Eshikumo 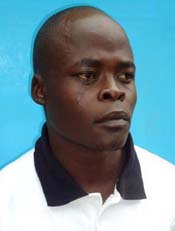 “I have become a well-known person in my region. When my colleagues saw that I was prepared to challenge the case against me they were impressed. I was seen as a courageous campaigner.”

What’s the latest in your bid for legal redress?

With the help of MLDI, I am fighting on two fronts. I spent 9 months in prison as a “judgement debtor” because I was unable to pay libel damages. But under Kenyan law, you should only have to serve 6 months for the offence. After doing so, my sentence was extended to a year. This was illegal and I was released after 3 more months in jail. MLDI filed a petition in the High Court in 2012, arguing that the extension was a violation of my rights to liberty. We are waiting for a ruling on this. Separately, my lawyer, with support from MLDI, is challenging the original defamation judgement on the grounds that I was not served with court papers or able to defend myself properly in court.

How have you felt about the defamation case?

It’s a few years since I was in prison, but I’m still very angry about what had happened to me, especially since I never wrote the article that got me into trouble. When I was released, there was fire in my belly. I wanted to go back to court to clear my name. I wanted to find out more about the case against me, and I wanted compensation for what I suffered.

Do you know of other journalists who’ve challenged court judgements?

I think journalists who face legal actions just for doing their job have to be prepared to stand up for themselves. But many just give in, and decide to abandon the profession, becoming teachers or leaving the country altogether. They are not aware of organisations like MLDI that can help them seek justice. There are groups in Kenya who support journalists but most are not very effective, as they don’t have the financial muscle and are sometimes infiltrated by politicians who are more interested in their own agendas.

Has your campaign for justice changed your life in any way?

I have become a well-known person in my region. When my colleagues saw that I was prepared to challenge the case against me they were impressed. I was seen as a courageous campaigner.  Journalists in this region often come under pressure. Many self-censor. You want to write a story but you don’t because you are scared you will upset someone important.  I now help journalists who are being harassed for stories they’ve written. They come to me and I put them in touch with organisations that can help them. I am a kind of linkman. It’s a role I like. I told my colleagues, we must stick together. We must be each other’s keeper.

How has your journalistic work been influenced?

I continue to work as a probing, principled reporter, and have become the chairman of a local investigative journalists group, the Mumias Journalists Association. Its members are prepared to expose local wrongdoing without worrying about being victimised. This is very important because these stories might otherwise not be written due to the threats that journalists face. My time in prison strengthened my belief in this kind of journalism.

What was your experience of prison?

I felt rejected. I felt that this was the end of me. I couldn’t understand why I was there. I was concerned about the damage this would do to my career. Being in prison was a psychological blow. It haunted me for a long time. It was a difficult period of my life. I was broke and had bills to pay. My home had been wrecked by burglars. I lived off handouts from friends – although I knew I would come out strong. Nine months after my release, I returned to my paper. My colleagues wanted me back because they trusted me and knew that I had done nothing wrong.