Focus On: The Philippines

ournalists in the Philippines risk being murdered for pursuing stories about corruption and their killers are rarely brought to justice.

Here, Joel Butuyan and Harry Roque, co-chairs of MLDI’s local partner, the Center for International Law, a leading advocacy and litigation organisation in the region, describe the twin scourges as the biggest threat to freedom of speech in their country. 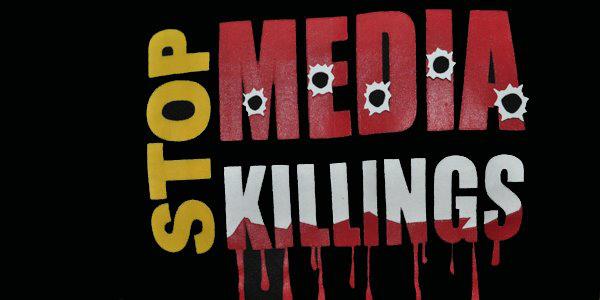 “The conviction rate for murderers of journalists is just 1 per cent, which means that assassins get away with it. They often enjoy protection from powerful people, and policemen lack the resources to go after them.”

The Philippines has a vibrant media scene. A wide variety of views are aired by newspapers, radio and television stations, tending to reflect the political and economic interests of their owners. The government owns and controls some broadcasters, but most print and online outlets are in private hands. In general, though, the press have a critical approach to politics and big business. When there’s a crime or corruption case, people are more likely to turn to the media than politicians for comment.

But the high public trust rating does not come easy. While the constitution guarantees freedom of speech and there are few legal restrictions on the media, journalists wanting to dig beneath the headlines encounter a range of obstacles and dangers, the biggest of which is they risk their lives if they probe too much.

Reporters are routinely threatened and often murdered for doing their job. Three years ago, the Philippines was described as the most dangerous place in the world for journalists, more so than Iraq, Afghanistan and other war-torn countries.

The main reason this problem persists is impunity – the criminal justice system doesn’t work and there’s no political will for reform.  The conviction rate for murderers of journalists is just 1 per cent, which means that assassins get away with it. They often enjoy protection from powerful people, and policemen lack the resources to go after them.

It’s mostly provincial journalists who are murdered, typically when they accuse local politicians of corruption. Reporters working for big city broadsheets are not as vulnerable because there’s more of a public outcry when they are targeted.

We are involved in representing the families whose relatives were killed in the bloodiest single incident in the history of the Philippine media, the killing of 58 people, including 32 journalists, near the town of Ampatuan in 2009. The trial of the alleged perpetrators has been slow because of our antiquated court system and defence lawyers holding up proceedings by filing motions and insisting on long cross-examinations of witnesses.

The second biggest threat to the media is criminal defamation. It’s frequently used to deter city-based journalists from investigating corruption in the provinces. Such cases are a drain on their time and finances, as they often have to travel long distances to defend themselves in a court on another island, where they may also feel exposed and vulnerable.

The United Nations Human Rights Committee last year ruled that criminal libel violated the right to freedom of expression, after we lodged a complaint about a journalist who had been imprisoned for the offence.

It was an important breakthrough, especially since the government has been attempting to extend criminal defamation to the web with the Cybercrime Prevention Act, provoking a public outcry.

In 2012, we went to the Supreme Court to challenge the legality of the move, invoking the UNHRC judgement. The court subsequently issued a restraining order preventing the government from implementing the law, which has since been indefinitely suspended, and its libel provision dropped.

So for now, at least, the Internet is free of restrictions – and in great demand. This has been a very positive development for journalism. Reporters often cite posts on social media sites in their reports and, because the information has been widely circulated, they can claim a public interest defence if they are sued for libel.

But other curbs on press freedom, namely national security curbs on journalists’ accessing government information, remain in place. There were plans last year to finally enact a Freedom of Information bill. President Benigno Aquino said he would make it a priority in order to improve transparency and accountability.

But he backtracked, evidently concerned that left-wing organisations might misuse public documents. Now, however, there are renewed demands for it to become law, amid mounting protests over a major scandal involving the misuse of government funds by politicians.