What happened next: Bheki Makhubu, Swaziland 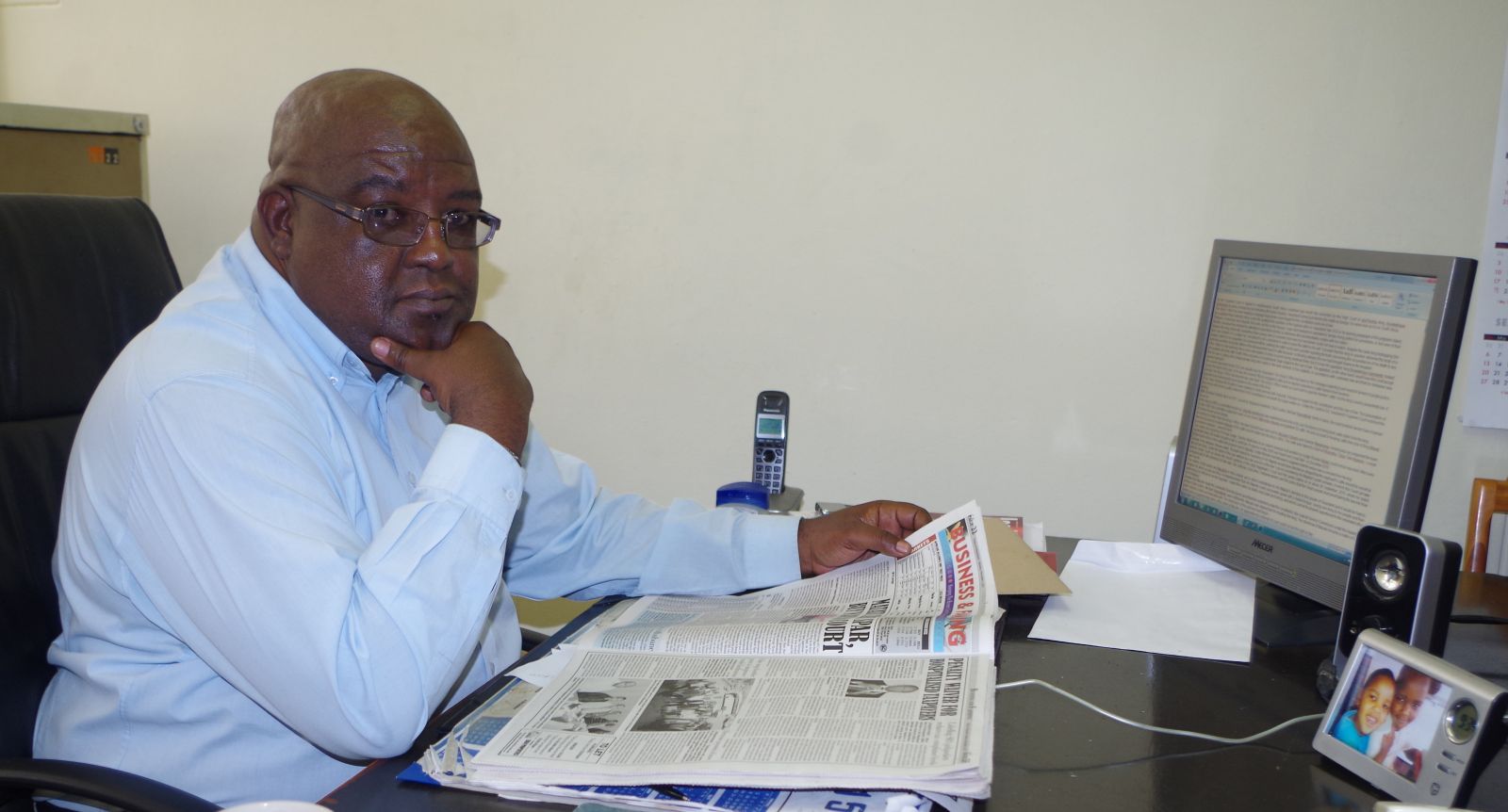 In Swaziland – Africa’s last absolute monarchy – media freedom is seriously restricted. But June 2015 saw a victory for free speech when Bheki Makhubu, editor of political magazine The Nation and human rights lawyer Thulani Maseko walked free after 15 months in prison. They had been charged with contempt of court over articles they wrote criticizing Swaziland’s chief justice, who was fired just weeks before the pair’s release. Here, Bheki shares his experiences of prison and his hopes for the future.

Prison is a place I would not wish on anyone.

The loss of freedom can be stressful, particularly when you cannot do the everyday things you take for granted. Here, I am talking about walking out of your cell to get some sun outside. You can’t just do that. Somebody has to give you permission. When you are a prisoner, in some ways you become a child. Your word counts for nothing. You lose the right to have your say and to be taken seriously.

I got through prison by approaching the whole issue as a war.

I was fired up. I saw myself going into the fight against the chief justice and government. I was clear about my story and knew I had done nothing wrong. Two things were uppermost in my mind. First, I wanted to give them a hard time – I would not simply lie down and let them walk all over me. Second, I needed to work towards my vindication and expose my prosecution for the rot that it was.

Support from MLDI came when I was in prison.

An advocate had been hired to beef up my defense team, but we had no funding for his fees and this became a major problem. The money MLDI sent towards those fees helped a lot. That those funds came out of the blue was a godsend to us here.

When I found out I was to be released, I felt numb.

It was later that I came to appreciate the magnitude of what had happened. That the prosecution, which had worked so hard to have us convicted, suddenly conceded to the corruption of their actions was unprecedented even in Swaziland’s judicial history.

Life was hectic after my release – everyone wanted a piece of me.

It was great but it didn’t give me a chance to get a soft landing. I was released from prison on a Tuesday and on Saturday morning I was on a plane to Johannesburg to attend a dinner hosted by South African editors to which I had been invited as a special guest. I was back in the office on Monday because there was so much work to do. Things had not been working well at The Nation while I was away and I saw no point in sitting at home recuperating while my main source of income was sinking. Now, I want to make The Nation the most respected publication in the country and the authority on news, views and analysis.

The problem with journalism in Swaziland is two-pronged.

You have a hostile government that finds the media an irritation. You also have journalists who pander to the authorities and resort to unnecessary self-censorship. They pander because, in a poor economy such as ours and with limited opportunities, some journalists use their positions in the media as a means to career advancement in other areas. They always seek to impress. Then there are those who are downright afraid to write good stories in fear they could face the same fate as mine.

I now find that, having been persecuted, I can write with greater freedom.

I have been vindicated, so I am not afraid. I am emboldened to continue to do the right thing so long as I do it with integrity and honestly. I still write and seek to expose some of the rot in our government. I have not heard any hostile feedback; I will deal with that problem when it comes. In the meantime, I am doing what I have to do. At this time, I don’t think the authorities want the kind of attention they got from the international community for the abuse of human rights as wrought on me.

I now have a monthly column in South Africa’s Mail & Guardian newspaper.

I thoroughly enjoy this privilege. My slant is to juxtapose their democracy with Africa’s dictatorship structure. In other words, I try to warn them to be careful not to slide into dictatorships by, for instance, ignoring their constitution. I emphasize the importance of press freedom in a democracy because even there it tends to come under pressure from politicians.

I am a strong believer in free speech, more so now after my trials in life.