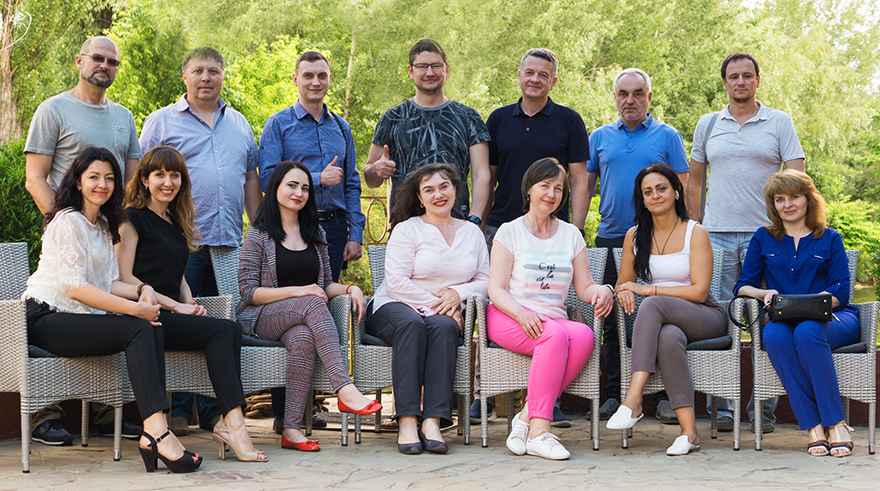 Since 2017, Media Defence has worked in partnership with the Human Rights Platform (HRP), to provide legal defence to journalists and independent media in Ukraine and conduct strategic litigation on press freedom and freedom of expression.

During the grant period, threats and attacks against journalists in Ukraine remained high. In particular, HRP noted an increase in lawsuits filed against journalists seeking extortionate amounts of compensation. In one case, a former mayor of Kyiv sought 1 million hryvnias (around $37,000) in damages against a journalist, after the journalist published ‘defamatory comments’ in an article that exposed  how the City had raised metro fares to pay off an old debt of UAH 1.96 billion (estimated £51,528,983) for cars bought on lease. HRP reports that there haven’t been claims of this magnitude since 2010. Furthermore, digital rights and freedom of speech online were increasingly under threat as the government of Ukraine drafted laws with the potential to harm human rights.

With Media Defence’s support, HRP has successfully built a strong network of media lawyers to provide legal assistance to journalists across Ukraine. HRP reports that its confidence in representing journalists in court has increased and that it has greater capacity to host training sessions where lawyers can exchange and develop their professional knowledge.

This has translated into important legal gains. HRP reports that judges appear more receptive to arguments relating to freedom of expression and media rights and are more likely to rule in ways that uphold them. HRP has also developed its capacity to conduct strategic litigation, acting in two cases and intervening in a third, which set vital precedents safeguarding media freedom in Ukraine.

The cases all concerned the right of journalists to protect confidential sources. In mid-2018, Prosecutor General’s Office requested access to review all data from the phones of two investigative journalists, Natalie Sedletska (Radio Free Europe) and Kristina Berdynskykh (Novoe Vremya), from July 2016 to November 2017. The requests were sought as part of a criminal investigation into Artme Sytnyk, head of Ukraine’s National Anti-Corruption Bureau. Sytnyk was accused of leaking state secrets to journalists in May 2017. The District Court granted both requests, giving authorities access to the journalists’ phones for the entire a 17-month period.

In a separate incident, after investigative journalist Ivan Verstituk published information about the daughter of a former prosecutor, the Prosecutor General’s Office again sought access to confidential journalistic materials, this time requesting access to internal editorial materials of Verstituk’s newspaper Novoe Vremya. Once again, the District Court granted that request.

HRP acted for Ms Berdynskykh and the newspaper Novoe Vremya to challenge the disclosure orders. In both cases, HRP was successful, arguing that the protection of journalistic sources is the cornerstone of the freedom of the press The appellate courts overturned the District Court and ruled in favour of the journalist and media organisation, setting a positive precedent in Ukraine.

Natalie Sedletska case’s is currently pending before the European Court of Human Rights (ECtHR). Together with Media Defence, HRP submitted a third-party intervention in the case. The brief sets out the legal principles which ought to be applied where the disclosure of journalistic materials is sought and emphasises the importance of ensuing that journalists are able to fulfil their role as public watchdog, by protecting confidential sources.

HRP considers that the substantive support provided by Media Defence over the grant period has been vital to its success. In the domestic cases, Media Defence and HRP worked together to develop and refine the legal arguments. HRP had not previously intervened as a third party before the ECtHR, and worked closely with Media Defence to develop and submit the written comments.

“Due to legal help of HRP we appealed against the decision of the first instance court and managed to defend our professional rights in the appellate court. The Prosecutor General’s Office was forbidden to obtain internal information of the editorial office, which might have disclosed journalist sources.

The case is unique because the court ruling is not a subject to appeal in such cases. However, due to the arguments of the lawyer the appellate court concluded that everyone has the right to defend itself in a case of gross violation of its rights and access to journalist sources can be provided just in exceptional cases – only if an investigator proves strategic importance of it.

The decision passed by the appellate court is a vitally important precedent in jurisprudence in Ukraine. Now journalists are able to invoke to the decision in similar cases.”