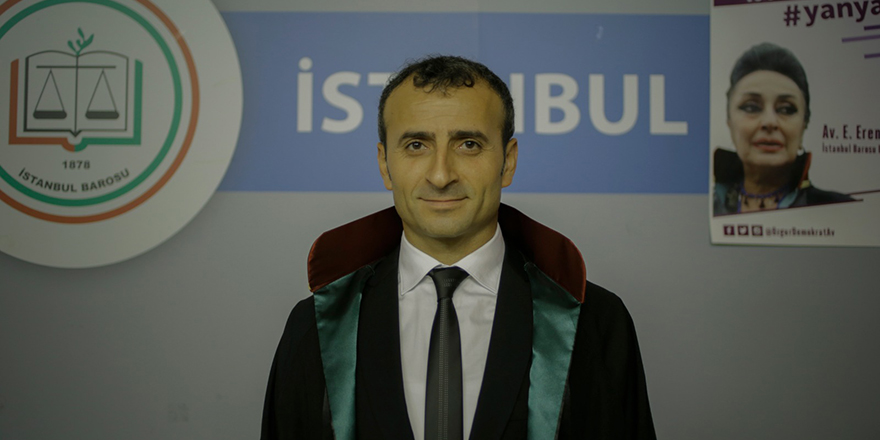 Welcome to the latest instalment of our ‘Partners’ blog series. In this series, we interview some of our partners from around the world about their crucial and fascinating work in freedom of expression.

This time, our Legal and Grants Officer Emmanuel Vargas spoke to lawyer Hanifi Baris of TOHAV (Toplum ve Hukuk Araştırmaları Vakfı/Foundation for Research on Society and Law), an organisation established by Kurdish lawyers and attorneys in Istanbul in 1994. Since 2017, TOHAV has worked in partnership with Media Defence to provide legal defence to journalists and media outlets in Turkey. He told Emmanuel about the main challenges faced in his country, usually known as one of the world’s worst jailers of journalists.

Freedom of press carries a cluster of other rights. Without a free press, many human rights and freedoms would also suffer a great deal.

Almost all major media outlets and broadcasting institutions in Turkey are now under government control or practicing self-censorship. They feel threatened and intimidated, and avoid covering issues, politicians and parties disliked by the government or the president. Thus, freedom of press has become one of the most precious freedoms: the lack of it threatens fundamental political institutions and the very foundation of a republic, such as ‘free and fair’ elections.

The issue is also personal. We the Kurdish lawyers or lawyers from the Kurdish region have witnessed or experienced more violations of rights and freedoms than those in other parts of the country. Press freedom can be as vital as the right to life: in some instances the life of some may depend on the perpetrator’s knowledge of whether the crimes, once committed, can be seen by the world. That depends on reporters and media outlets with courage and protection to do that.

What do you think is needed to improve freedom of expression in Turkey?

International and domestic communities and organizations can help improve freedom of expression through certain policies and activities. There are political steps to be taken by governments and intergovernmental organizations, such as not turning a blind eye to violations. Actors like the EU, the UN committees and councils, as well as unions and individual parliaments, can intensify the use of naming and shaming on all available platforms.

Solidarity from the civil sector within and outside Turkey is now the only hope, as governments do not appear to be willing to act. The most important areas of action appear to be legal action in every sense and the protection and promotion of press freedom throughout Turkey. Bringing the country back to the road of democratic consolidation will be hard and will take years, probably decades. We will need all the support and solidarity available.

What are the main challenges you face, both practical and legal, when litigating in favour of media freedom in Turkey?

Limits in human and economic resources are the most common challenges. Our organization and many others barely survive economically, as we try to fund our activities with grants and the overwhelming portion of the work is done voluntarily by members of the Board of Directors.

The most common legal problem is the erosion in rule of law. The judiciary is co-opted by the executive. Arbitrary decisions and actions by courts, prosecutors and law enforcement make it difficult for lawyers to fight against abuse and violation of rights in legal proceedings. Many defence lawyers are criminalized for their professional activities, associated with the alleged crimes of their clients even before conviction. They are victims of the judiciary due to the government’s criminalization through ‘guilt by association’.

Turkish Union of Bar Associations and provincial bar associations can also be co-opted. Lawyer associations and human rights organizations like ours try to re-establish the previous status quo, where defence lawyers were not treated like ‘co-conspirators’ of their clients, but most of the time to no avail. In addition, judges, prosecutors and attorneys in Turkey usually ignore the rights of certain individuals and groups labelled by the government as ‘domestic enemies’.

What are the latest developments around the criminalisation of journalists in Turkey?

As of now, 86 journalists and media labourers are in prison. In the first week of March 2020, twenty journalists were detained; two of them were immediately arrested. Numbers by the Journalists’ Association of Turkey reflect that, as per 10 January 2020, 11,157 journalists were unemployed; 3804 press cards have been revoked, 685 after 15 July 2016 on national security grounds; almost 12,000 journalists were tried between 2003 and 2018; the number of arrested journalists reached 91 (five of them have been released since). Moreover, in 2019, 59 journalists were convicted to 200 years of imprisonment; and nearly 200 arrest were issued against journalists.

Journalists and reporters have been arrested for reporting on issues ungratifying to the government. Reporters of Cumhuriyet (the Republic), the largest daily not controlled by the government, have been arrested because they reported on Turkish agents killed in Libya. Kurdish reporters are prosecuted on the grounds of printing news or commenting in social media about the occupied regions in Syria and Iraq, the arrested/discharged elected Kurdish mayors and their replacements, the kayyıms (trustees), and the demonstrations in Kurdish cities. Usual incredible and non-credible charges.

What is the status of online censorship in Turkey?

Access to tens of media outlets associated with the opposition, mostly associated with or supportive of Kurdish political parties or Turkish opposition parties to the left, is blocked. Access is denied administratively through the BTK (The Board of Information Technologies and Communications) without court order. Therefore, online censorship is full throttle on. The only good news was that the online censorship on Wikipedia ended recently thanks to a court verdict. However, I do not see any reason to be optimistic yet. Specific court verdicts may lead to the lift of blocking or termination of censorship on specific websites, but this has not yet created a broader impact. And there are reports about a new bill being drafted, with the purpose of giving the administration the power to block social media platforms if they do not open offices in Turkey.

Have you faced restrictions like the ones you mention?

I was arrested, imprisoned for two and a half months and convicted on bogus charges of ‘terrorist propaganda’ and ‘insulting the president’. The charges about propaganda were mainly based on thumbnails of Kurdish warriors and the Kurdish flag in news articles and opinion pieces I posted on social media. The publications I posted were from international media outlets.

I could not believe my eyes when I got arrested by the police on those grounds. I even laughed upon looking at the file. The police officers said they knew it was nonsense, but they had to follow the orders as Diyarbakir police (I lived in Istanbul) sent the file. They said they did not believe anything would happen, but they had to deal with the bureaucratic transaction.

The policemen and the prosecutor took my statement swiftly and the file was sent to a judge. To the surprise of everyone present, the judge arrested me because he found a sentence in a 2013 tweet insulting to the president. Interestingly, the president was prime minister in 2013. Even if we agree that the tweet was insulting, it could not be a ground against me because there is no crime in the Turkish Criminal Code of ‘insulting the Prime Minister’.

What I can only say of this nonsense is that they were all afraid of their superiors. Fear has captured the law enforcement and judiciary, as several militant officers and judicial practitioners have joined the ranks since 2016. I think that the mundane condition of the law enforcement and the judiciary in Turkey is militant Turkish nationalism with a sauce of Islamism.

If you would like to learn more about becoming a funded Media Defence partner, please click here.