“It’s quite an exceptional and rare experience to be able to get to know the people who fund us in the way that I have.” – Emmanuel Vargas, MLDI’s first Latin American Fellow 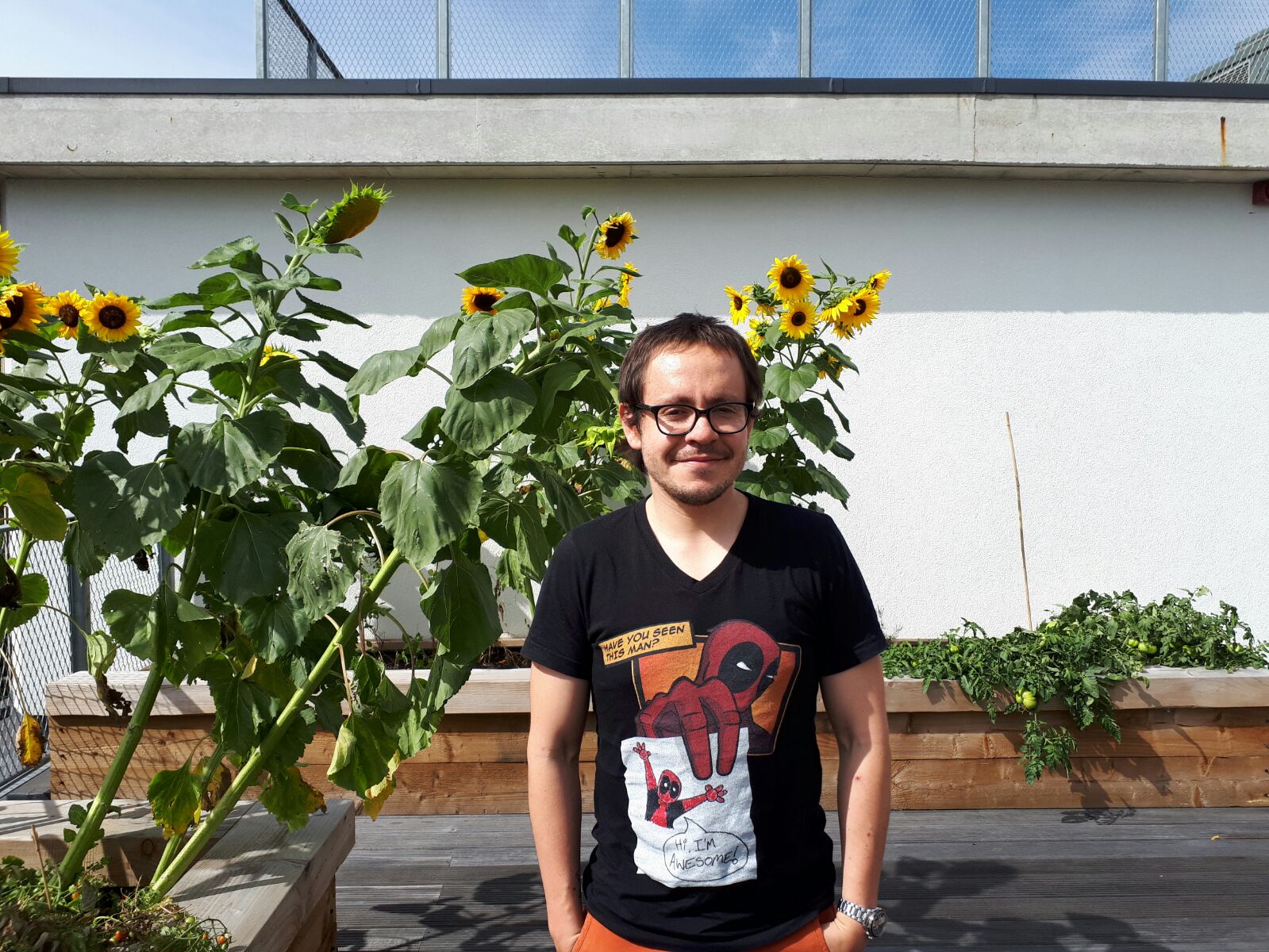 MLDI recently hosted Colombian lawyer Emmanuel Vargas, as its first Latin America Fellow. MLDI is piloting a fellowship project with human rights lawyers from Latin American to help it develop its relationships and reach in the region.  Emmanuel is advisor to the Executive Director at one of MLDI’s funded partners, Foundation for Press Freedom (FLIP), and also a Research Masters student at the University of Amsterdam.  He studied law at the Los Andres University with a special focus on journalism.

Below, Emmanuel shares his experience of the fellowship including what he gained from the experience, how he feels MLDI benefited and suggestions for future fellowships.

I chose to do a fellowship with MLDI because I knew their work was similar to what we do at FLIP. I started my masters recently and I wanted to know more about the right to freedom of expression across the world – at FLIP, we only focus on Colombia, with my masters I can explore what’s going on in other parts of the world, especially Europe, and with MLDI I thought I could continue to learn more about freedom of expression in other parts of the world.

At MLDI, I produced research memos and carried out research for some of the cases MLDI was working on in India and Pakistan, as well as memos focusing on more general freedom of expression standards in Latin America. I also helped with translation of some of their cases and helped to develop their regional strategy for Latin America.

“The only thing I would change about the experience would have been to make it longer.”

The best thing about working at MLDI is the variety of the work involved. Often at an organisation you only get to work on a small number of things, whereas at MLDI there are always new cases coming in and different projects so you get to work on different things every day, which helps to develop your skills.

The office is nice and so are the people. There is definitely a different culture compared to a Latin American office (which is much louder!). The atmosphere at MLDI is much calmer, but not at all dull – it’s a great balance between being serious and but also having a young energy.  I think I got to know the staff well and we got to understand each other better. The only thing I would change about the experience would have been to make it longer.

How I benefited from the experience

“It was really great having the opportunity to gain an understanding of the issues and the legal systems in India and Pakistan, these were completely new to me.”

The experience completely met my expectations. All of the work was really interesting and useful. Even though I already knew about the jurisprudence of the Inter-American Court, I knew about them in a very general way, while with MLDI I was able to get a much more detailed understanding of this.  It was really great having the opportunity to gain an understanding of the issues and the legal systems in India and Pakistan, these were completely new to me and the challenges journalists face there are very different to the kinds faced in Colombia, as are the approaches to remedy them. 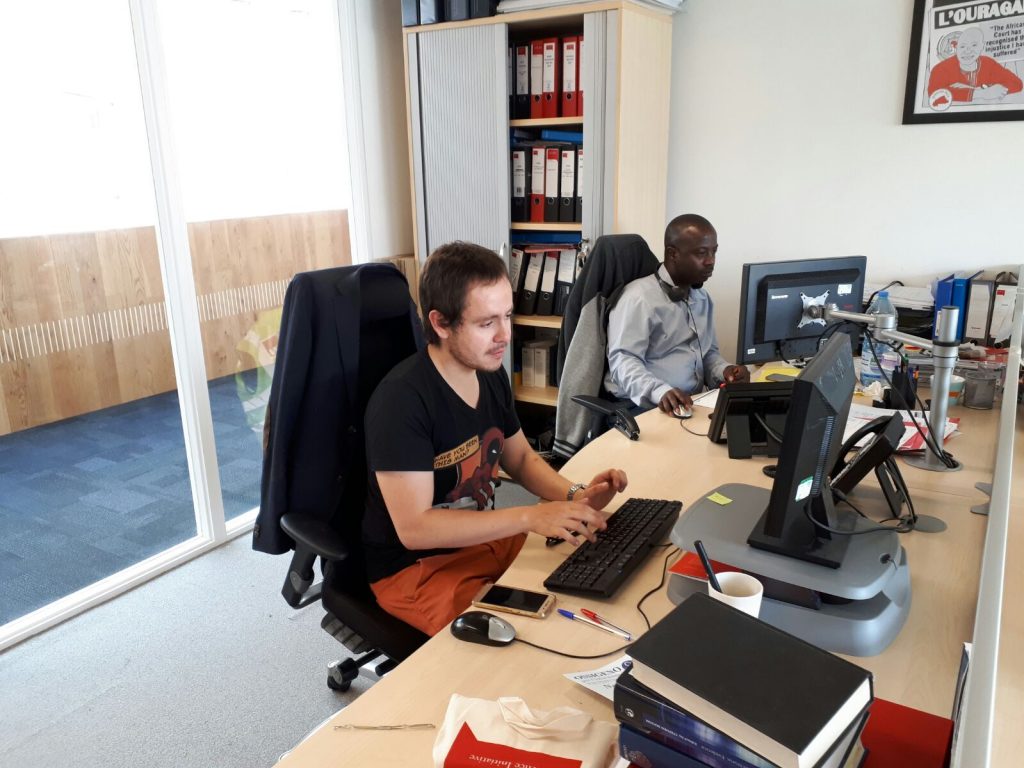 I learned a lot while at MLDI, especially about the UN bodies and mechanisms, which we don’t use very often with our work at FLIP, and maybe this is something FLIP could do more of in the future.

As a result of being at MLDI I think I will approach some work with a different view, and be able to develop better legal arguments.

How MLDI benefited from the experience

For MLDI, I think the work I did on the Latin American cases and freedom of expression standards will be useful for them again and again for future cases they will deal with in the region. I also think I helped to build relationships between MLDI and some of the Spanish speaking journalists they were supporting by helping with translations, communications and being able to explain some of the context.

“It’s quite an exceptional and rare experience to be able to get to know the people who fund us in the way that I have.”

I also think the relationship between FLIP and MLDI will become stronger as a result of my fellowship. It’s good to know the people behind the grant, normally we would only know about the reporting and administrative things, it’s quite an exceptional and rare experience to be able to get to know the people who fund us in the way that I have.

The visa experience was quite challenging and it was difficult to understand what kind of visa I needed. But after a few emails with the Home Office I managed to resolve this. Finding a flat wasn’t too hard as had a friend who supported me with finding a place and how it works here.

When I wasn’t at the MLDI office, I spent my time in London with some friends I knew here, trying the different foods, getting to know the city and visiting different parks. I managed to go to Brighton and Edinburgh while I was here too which were great – I wish I could have seen more of the UK.

I’d advise future fellows to wait to look for an apartment when they get to London as it’s much easier and seems to be how it works here. In terms of working with MLDI, you don’t need to worry, the staff are friendly and open to discuss things or answer queries. They have weekly meetings which are really useful to understand what everyone is working on and what’s coming up. Whoever is coming next will definitely learn a lot of new things, my only advice would be to make sure to be open to that.

I loved the experience, and I want to keep in touch with MLDI both as a member of FLIP and as a lawyer working in a similar field.