Paving the Way Towards Justice for Sudanese Journalists: How One Lawyer Is Taking on the State Utilizing the African Regional Systems

“Our partnership has been very useful in terms of improving my litigation, analytical writing, research skills, et cetera. The surgery gave me the chance to move beyond just having the interest in a case like this and actually acting upon it.” 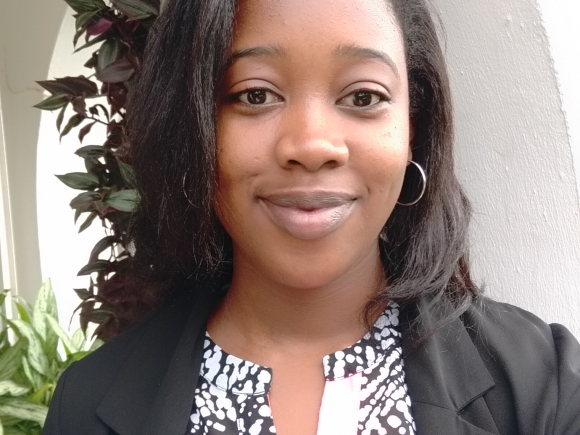 From the time she was studying for her law degree at the University of Pretoria, Cynthia knew she wanted to make a difference in people’s lives by utilising the law and the African regional systems to promote human rights across the continent. She began her career at the Foundation for Human Rights Initiative in 2013, and in 2014 she joined the African Centre for Justice and Peace Studies (ACJPS), where she remains today, focusing on human rights violations in Sudan as their legal programme officer.

In 2015, Cynthia found a call for applications for MLDI’s first East Africa Freedom of Expression Litigation Surgery. She considered several cases to work on during the surgery but settled on journalist Hassan Ishag’s arbitrary detention – her first freedom of expression case – as the one she would want to present.

In June 2014, Hassan was arrested, arbitrarily detained, and suffered ill-treatment in Al-Nahud prison. He was held for three months without charge, and released unexpectedly. But life was no longer the same, and Hassan no longer felt safe where he was. He left his family, his job at Al-Jareeda newspaper and Sudan. It’s a choice too many journalists have had to make, as we’ve seen time and time again. Working alongside MLDI and the East and Horn of Africa Human Rights Defenders Project, ACJPS has filed a communication to the African Commission on Human and Peoples’ Rights on his behalf in an attempt to procure some justice – and change.

ACJPS’s collaboration with MLDI, Cynthia says, has been invaluable. “Our partnership has been very useful in terms of improving my litigation, analytical writing, research skills, et cetera. The surgery gave me the chance to move beyond just having the interest in a case like this and actually acting upon it.”

After learning more acutely how to utilize the African regional systems using litigation techniques and discussing broader strategies during the surgery, Cynthia realised she wanted to take Hassan’s case to an international body, with the support of MLDI. They immediately worked together to file a communication to the African Commission, complaining that Sudan violated the African Charter on Human and Peoples’ Rights when it detained Hassan and held him arbitrarily in 2014.

This case is strategically important because it is the first time the African Commission will consider the arbitrary arrest and detention of a journalist in the Sudan.

“We hope to use this mechanism to encourage Sudan to reform its practices and laws, and treatment towards journalists might change over time,” Cynthia says.

The situation for journalists in Sudan, she says, is not easy. Everything from raids on newspaper offices to arrests are commonplace, especially for journalists and news outlets who cover sensitive topics. And worse are the emergency laws that have been relied on to stifle dissent.

“I especially hope to bring to light and challenge the emergency law that Hassan was detained under,” Cynthia says. “It’s scary, especially if it can be used without judicial oversight and to restrict freedom of expression. Then of course, we also hope to highlight Hassan’s situation itself and obtain redress for the ill-treatment he endured while he was being interrogated.”

Cynthia hopes this case can bring awareness to Hassan’s treatment and the restrictions on free expression in Sudan in general. A victory would put much needed pressure on Sudan, paving the way towards justice for Hassan and others waging similar fights at the domestic level.