In 2014, the Media Policy Institute in Kyrgyzstan provided legal defence in 24 cases  and delivered over 300 legal consultations to journalists and media outlets. MPI’s statement outlines the new developments for Kyrgyz press freedom in 2015. 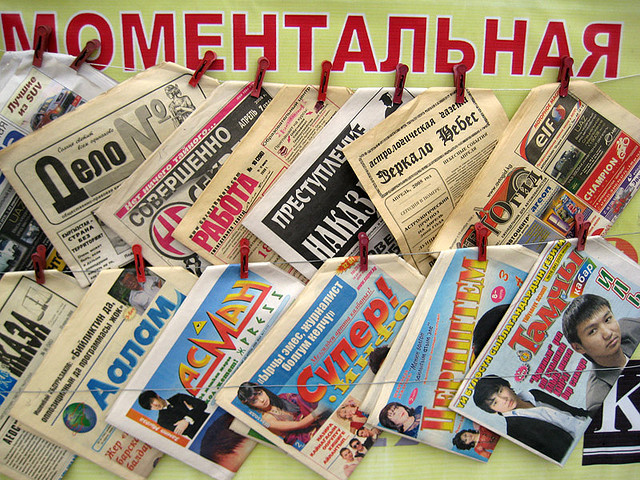 “Since the beginning of the year, Kyrgyzstan has witnessed violations, by state officials, of the constitutional right of citizens to freedom of expression, as well as of the right to freely look up, receive, store, use and disseminate information. On the other hand, another characteristic feature of this period is the cooperation of authorities and civil organisations with a view to allowing media representatives to carry out social functions, such as informing the society on socially relevant issues. Examples of this include:

– the decision of the Constitutional Chamber of the Supreme Court of the Kyrgyz Republic that if a media statement reporting a crime is found to be invalid, it cannot be considered as knowingly false and does not constitute an offence under Article 329 of the Penal Code of the Kyrgyz Republic;

– the withdrawal by the State Communications Agency of the order to Internet providers to block the Kloop.kg news portal, as the Office of the Prosecutor General had not provided the court’s decision in accordance with the law.

However, despite the fact that steps towards collaboration have been undertaken, negative developments have also been observed, including the following:

– limiting journalists’ access to information and impeding their professional activities, including use of force by security personnel of KGMA (Kyrgyz State Medical Academy) against “Azattyk” journalists and an NTC (New Broadcasting Network) journalist; personnel of the Ministry of the Interior hindering a “Topnews” journalist from video-filming outside the Mayor’s Office in Bishkek;

– journalists being threatened with revoking their accreditation in parliament due to critical publications (Information Agency “24.kg”, “Azattyk”);

Another issue that raises questions about political interferences with the media is the ownership dispute in the popular newspaper “Vecherny Bishkek”, which, in addition to being a big business, is also an influential information resource. Its editorial policy benefits from being financially, politically and technically independent.

Media Policy Institute has been MLDI’s Media Defence Centre partner in Kyrgyzstan since 2010. This statement was originally published in Russian on MPI’s website, and is republished with permission and thanks.