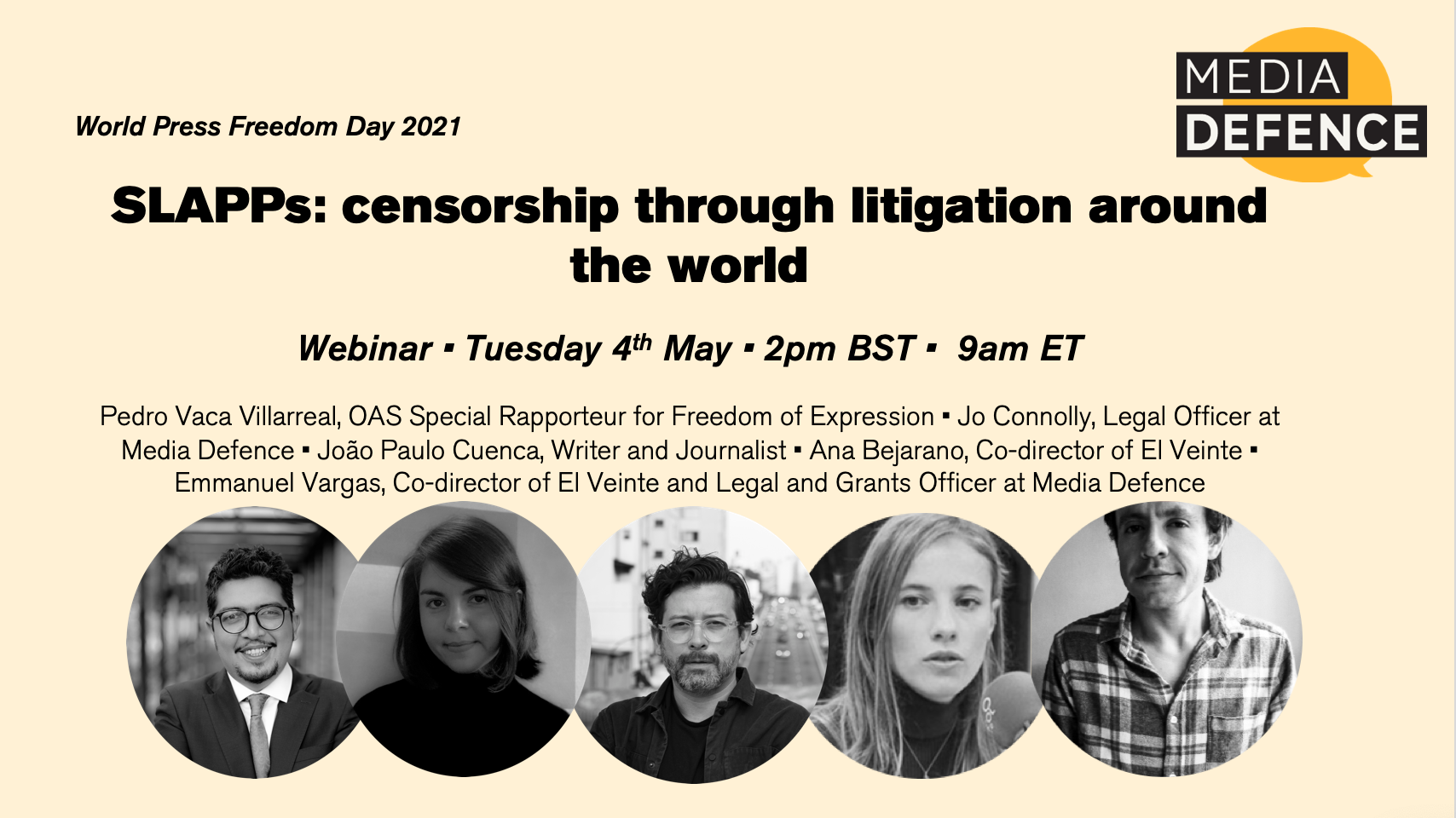 On the 4th May 2021, Media Defence hosted a free webinar to discuss the use of abusive litigation to silence journalists around the world. The webinar featured as part of UNESCO’s World Press Freedom Day and you can watch it, in full, above.

In Brazil, journalist and author João Paulo Cuenca became the defendant in more than 140 lawsuits. Pastors from the Universal Church of the Kingdom of Christ, a huge multinational organisation, filed these suits all over the country. In Poland, Media Defence is providing emergency support to Grzegorz Rzeczkowski, an investigative journalist with the prominent political weekly Polityka. Rzeczkowski is facing multiple lawsuits for his reporting on the “wiretapping scandal”, which rocked Polish politics in 2014.

These are examples of Strategic Lawsuits Against Public Participation – otherwise known as “gag lawsuits”. SLAPP lawsuits are used to censor and intimidate critics by burdening them with the cost of a legal defence until they abandon their opposition. These suits are not only aimed at media outlets, but individual journalists, who have been targeted in their personal capacity. Many of these journalists face heavy fines, bans from journalism, and even custodial sentences as a result of baseless legal claims. This type of litigation is designed to drain resources and chill critical reporting, and is becoming increasingly common across Europe and around the world.

Media Defence, as part of the Coalition Against SLAPPs in Europe, is committed to defending and protecting journalists from this kind of persecution. This event aimed to raise awareness of this form of censorship, and share expertise on how best to counter it. Our panellists have a wealth of experience of SLAPPs, both personally and professionally, and discussed how this type of litigation has been used in their region.

El Veinte is an NGO dedicated to studying and countering legal harassment against journalists, media outlets and social media users in Colombia. El Veinte provides support through its pro bono network, strategic litigation, and capacity building. In 2021, El Veinte has been working on drafting policy and legislative proposals to adopt legal safeguards against SLAPPs in Colombia. (https://www.elveinte.org/, or follow on Twitter @elveinteorg).