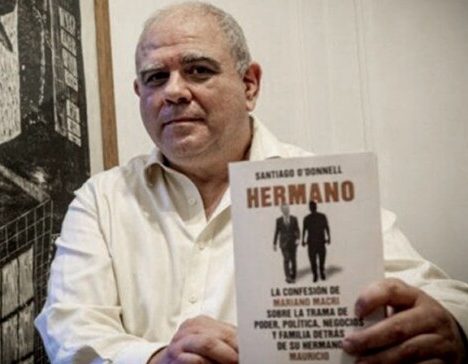 Santiago O’Donnell is an Argentinian investigative journalist, author and editor of international news at newspaper Página 12. In October 2020 O’Donnell published a controversial book (“Hermano”) detailing the rise of Mauricio Macri to the presidency. The book was based on research and recorded interviews with the former president’s brother, Mariano.

The reaction from the Macri family was swift. Mariano Macri applied to the courts asking for the tapes of his interviews with O’Donnell to be turned over in order to prepare a civil lawsuit for damages against him. The first instance judge granted the request and gave O’Donnell five days to comply.

Media Defence is supporting O’Donnell’s defence in court, where he is appealing this ruling. According to his lawyers, Damián Loretti and Cristian del Rosario, “the decision to publish or to reveal the content of an interview remains with the journalist, not the interviewee”. If the first instance court order is not overturned, it may create a dangerous precedent impacting on press freedom on the continent. O’Donnell’s reporting relates to matters that are clearly in the public interest. International law recognises that the techniques and methods of reporting are matters for journalists to determine. In that respect, international courts have noted that journalists enjoy freedom to choose how they report on news items and have recognised the importance of protecting journalists’ newsgathering activities, conducted prior to publication. Santiago O’Donnell’s case puts these fundamental principles of journalism at risk.

With our support, Santiago O’Donnell’s legal team have been mounting a series of appeals and challenges to the ruling. Despite this, on 7 December 2021 the 6th civil court of Buenos Aires upheld the order for O’Donnell to hand over copies of his recordings.

Once notified of the 7 December order, O’Donnell’s team filed a brief questioning the order because it generated confusion and lacked legal basis. The judge rejected this brief. Following this, O’Donnell’s lawyers filed an appeal to the High Court to nullify the order. It was denied.

Reaction to this story in Argentina has been very positive and widespread. All the main newspapers reported on the decision.  We filed an application alongside O’Donnell’s lawyers to the Inter-American Commission on Human Rights in November 2021. The petition is under consideration.

The story has been widely covered in the Argentinian press, including Perfil, El Cohete a la Luna and O’Donnell’s paper, Pagina12.