U.S. Protests: Our Statement on the Mistreatment of Journalists 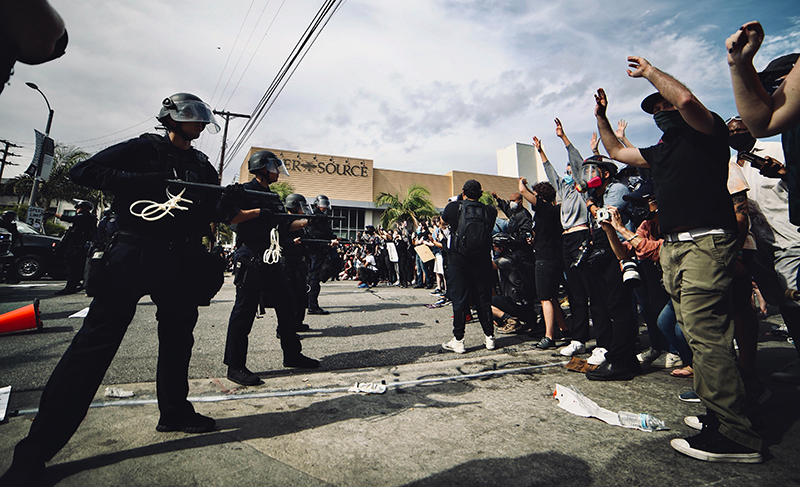 As demonstrations against the death of George Floyd continue in cities across the United States, Media Defence is concerned at the targeting of journalists covering those demonstrations by police.

According to the Committee to Protect Journalists there have been over 125 press freedom violations since these protests started on 29 May. There have been reports of journalists being arrested, tear gassed, maced, shot with rubber bullets and assaulted in various other ways. In many of these incidents there are strong indications that police officers knew the journalist was a member of the press. Two of the most prominent cases have been those of Omar Jimenez, a reporter for CNN who was arrested live on air, and Linda Tirado, a photojournalist, who lost her left eye after being shot while covering the protests in Minneapolis.

At moments like this, journalists play an essential role. This is recognised by the First Amendment, which protects journalists engaged in newsgathering. Arresting and removing them from the scene to stop them reporting on what’s happening at these protests is unlawful.

Violent attacks by agents of the state imperil a free press, undermine journalism and represent a serious threat to democracy. These attacks on journalists reporting on protests across the country are abhorrent. They are also in clear violation of the First Amendment. The fact that many of these attacks have been captured on video or through photographs itself demonstrates how important it is to ensure the press is allowed to cover these protests. Those responsible for these attacks must be held to account.

“Media Defence is deeply concerned by the deliberate targeting of journalists for simply doing their job of covering protests in cities across the US. These attacks not only endanger press freedom, but also threaten democracy and the essential role that journalists play in safeguarding freedoms.”

If you would like to donate funds or pro-bono legal work to help us support journalists, please click here.