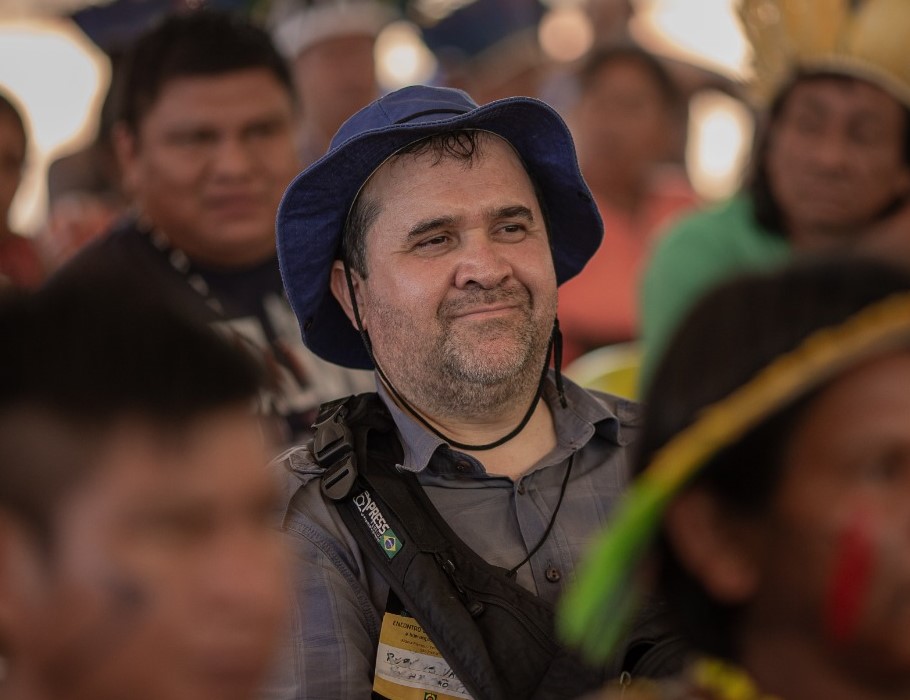 Media Defence, Abraji, RFK Human Rights and Cesar Klouri have filed a petition before the Inter-American Commission on Human Rights (IACHR) on behalf of Brazilian journalist Rubens Valente. The petitioners are asking the Commission to assess whether the outcome of the case against Valente before Brazil’s Supreme Court (Supremo Tribunal Federal, STF) violated his rights to freedom of expression and due process.

Rubens Valente is an award-winning investigative reporter and author. In 2014 his first book, titled Operacão Banqueiro (Operation Banker), was published. The book investigates Operation Satiagraha, an operation by the Brazilian Federal Police against state corruption and laundering of public funds.

Valente’s book attempts to expose corruption within Brazilian society by bringing to light documents and events previously unknown to the public. In particular, the book focuses on the case of banker Daniel Dantas, who was accused of financial corruption and attempted bribery. As a result of these accusations, the Brazilian Federal Police arrested Dantas. Gilmar Mendes, then president of the STF, ordered the release of Dantas on the same day of his arrest. New evidence was uncovered as a result of Dantas’ arrest and the first instance judge ordered a new arrest. Once again, Gilmar Mendes granted an application for habeas corpus within a few hours of this new arrest and ordered the release of Dantas. This sequence of arrests followed by quick release generated great interest among the public at the time. Valente tried to interview Mendes for the book throughout the year prior to publication, but did not receive a reply.

Mendes filed a lawsuit against Valente soon after the publication of the book. He claimed that Valente wrote the book with clear defamatory intent, and requested compensation of R$200,000. The first instance judge initially rejected the claim, but after several appeals by Mendes, the STF validated the high court decision that Valente and the publisher should pay moral damages to Mendes. The judgment also ordered that any new edition of the book must include the full judgment as well as Mendes’ initial application to the court. In practical terms, this order, which would increase the number of pages by 30 percent, made any prospect of the book’s re-edition economically unviable and violated Valente’s intellectual property rights, as well as his right to free expression.

Having exhausted all the domestic remedies available in Brazil, we have filed an application to the IACHR. Our petition alleges that Brazil breached Valente’s rights to due process, honour, freedom of expression, and judicial protection, all of which are established in the American Convention on Human Rights. The application also argues that by ordering that any future edition of the book include more than 100 pages of content not written by Valente, Brazil has violated his right to private property.

The petitioners make a number of requests. Firstly, the application requests that the IACHR declares Brazil responsible for violating the American Convention. Secondly, the IACHR is requested to annul and revoke the judgment against Valente, including the imputation of civil liability. Finally, the petitioners request the payment of fair compensation for his suffering, anguish and stress, and loss of income.

The judgment against Valente, validated by the STF, sets a very dangerous precedent for the protection of freedom of expression. It imposes the obligation to indemnify the exercise of freedom of the press for factual reporting on public interest issues regarding a high-level Government official. The decision has produced a chilling effect not only on Valente, but on other journalists who wish to report on facts of public interest involving judges and other Government officials. Rubens himself refrained from reporting about the author of the lawsuit during the course the domestic judicial procedure.

In May 2022, we filed an update to the petition. The publisher has not settled the debt, so Mendes has requested that Valente be considered solely responsible for the payment of damages. The judge overseeing the execution of the judgment granted the request within 24 hours without hearing Valente’s counsel.

On 18 April Valente – who worked as a special reporter for the news portal UOL – was informed that he would be dismissed. During his employment at the media outlet, which he joined in 2020, Valente has published 533 reports. The alleged reason for the termination was financial cuts. However, UOL has recently hired two new columnists. To read Abraji’s latest article about the case, click here.