Persecution of journalists: the Gambia brought before ECOWAS Court 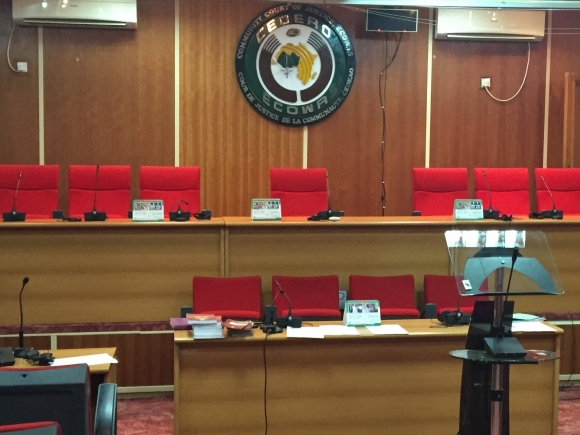 Oral arguments were heard on 11 October 2016, at the ECOWAS Community Court of Justice sitting in Abuja, in a case against the Gambia. The case, which is supported by the Media Legal Defence Initiative (MLDI), has been brought by the Federation of African Journalists (FAJ) and four individual Gambian journalists currently living in exile.

The Court has been presented with accounts given by journalists who have been arrested, held in secret detention and tortured in the Gambia under draconian press laws providing for sedition, criminal libel and false news.

Journalists in the Gambia currently operate in a climate of fear, particularly in light of a recent history of journalists being detained, tortured, disappeared and murdered for simply carrying out their work. This widespread crackdown on independent journalism has resulted in over 110 journalists fleeing the Gambia since President Jammeh came to power in 1994.

The case before the ECOWAS Court considers the oppressive tactics adopted by the Gambian authorities to suppress independent journalism in the country.

The Court will rule on whether the draconian press laws providing for sedition, criminal libel and false news comply with the Gambia’s human rights obligations under international law and whether the measures adopted by the Gambia in enforcing these laws have violated the rights of journalists, including the right to freedom from torture.

Noah Ajare, the lawyer representing the Applicants, told the Court that a positive judgment “would recognise the absolute failure of the Gambian authorities to protect journalists in the performance of their important democratic function as “public watchdogs”, and would be further acknowledgement that the laws on sedition, criminal defamation and false news need to change before exiled journalists can safely return to their home country to fully carry out this function.”

Padraig Hughes, MLDI’s Legal Director, who was present at the hearing, said: “We are glad to have been given the opportunity to put this important case before the ECOWAS Court. The Court is already too familiar with the Gambia’s appalling track record on press freedom. This case presents the Court with the opportunity to build on its previous case law, by challenging the very laws that the Gambia uses to prevent free speech.”

The Court has reserved judgment on admissibility and merits and will deliver its judgment at a later date.