A Victory in the Fight for Freedom of Expression in Vietnam 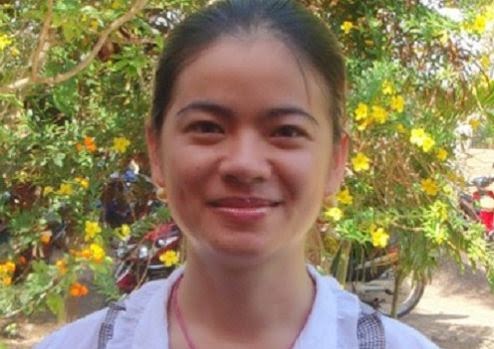 The UN Working Group on Arbitrary Detention has called for the release of a Vietnamese photojournalist, Mihn Man Dang Nguyen, who is currently serving a prison sentence for documenting events and issues that the Vietnamese Government did not wish to be publicised. The UN Working Group Opinion comes in response to a petition filed by the Media Defence, students participating in the Freedom of Expression Law Clinic at the University of Zagreb, and barrister Smita Shah.

Mihn Man, who worked primarily for Vietnamese radio station Radio Chan Troi Moi (Radio New Horizon), was sentenced to eight years imprisonment pursuant to an overbroad provision of the Vietnamese Penal Code that has been consistently used to suppress critical reporting in the country. Throughout her career, she has reported on events not covered by the state-run media in Vietnam and, by publishing her photos online, provided an alternate news source for those inside and outside of Vietnam.

The UN Working Group on Arbitrary Detention called on Vietnam to immediately release the photojournalist, finding that she “was detained solely for the peaceful exercise of her rights.” The Working Group also criticised the Vietnamese law under which Minh Man was convicted, calling it “vague and imprecise” and noting it has been used on persons who have merely exercised their rights to freedom of Opinion or expression under international law.

Jonathan McCully, Media Defence’s Legal Officer has said: “This Opinion is a much needed vindication of Minh Man’s right to carry out her important journalistic work. As an independent photojournalist she gave the Vietnamese people an insight into the civil society activities that the Government wanted to suppress. In her case, the Government went so far as to detain her to achieve this suppression, and she remains one of the many critical voices still in detention in the country. The UN Working Group has clearly stated that this detention is in violation of her human rights, and Vietnam must now take action and free Minh Man.”

The petition to the UN Working Group resulted from a yearlong Freedom of Expression Law Clinic at the University of Zagreb, during which students researched and drafted petitions on behalf of two detained journalists. Barrister Smita Shah, who was a supervisor at the clinic, has welcomed the UN Working Group Opinion: “I am delighted that the Working Group has delivered an Opinion in Minh Man’s case. The students felt strongly about her treatment and were committed to obtaining justice for her. We now have an Opinion that calls for her release and, frankly, that is what Government of Vietnam needs to do. The Opinion is a testimony to the value of student law clinics in challenging serious human rights violations.”

On 31 July 2011, Minh Man was arrested without a warrant, kept in an isolated room for two days and questioned each day for hours by multiple interrogators in the absence of any legal representation. Following 18 months of pre-trial detention, Minh Man and 13 co-defendants were convicted after a trial that lasted only two and a half days. Minh Man was not offered legal representation until the morning of her trial and the trial itself was riddled with procedural irregularities. Minh Man was only given five minutes to address the judge, and could only answer questions put to her with “yes” or “no” answers. She was also not allowed to summon or examine her own witnesses. On 9 January 2013, Minh Man was sentenced to eight years in prison, followed by five years of house arrest. In addition to the lengthy prison sentence and subsequent house arrest, Minh Man has been subjected to increasingly unfair and discriminatory treatment in detention. You can read the UN Working Group on Arbitrary Detention’s Opinion on her case here.