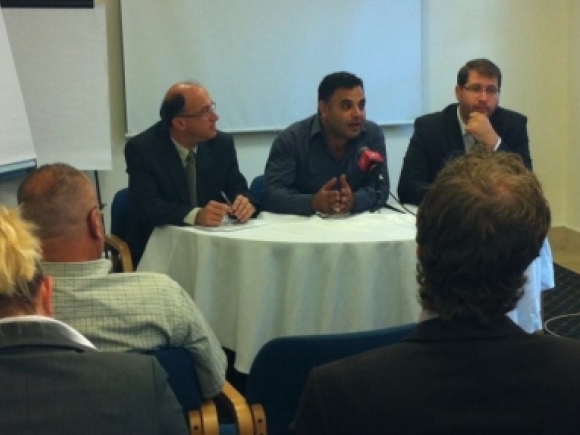 MLDI is supporting Palestinian broadcaster Wattan TV in a court action for compensation and the return of equipment and financial records taken from their offices during an illegal army raid.

Israeli Defence Forces seized broadcasting equipment including transmitters, documents, archives, financial records and several computers and laptops. As a result Wattan was unable to broadcast at all for three days, and is still only able to run a limited schedule.

The Israeli army justified its raid on the grounds that Wattan TV was “broadcasting illegally”. However, Wattan TV’s director, Muamar Orabi, insists that the television station broadcasts legally and has annually renewed the same frequencies that it has been operating on for the last 16 years.

Wattan TV is the only independent TV channel broadcasting throughout the West Bank and Gaza regions and is well reputed for its investigative reporting.

Although Ramallah forms part of the Palestinian self-rule zone within the West Bank of the Jordan River, Israeli forces are known to still be routinely conducting unlawful raids within the area . On the very same day that Wattan TV was raided, Israeli troops also swooped on Ramallah-based Al-Quds Educational TV, owned by the Jerusalem University’s Institute of Modern Media.

The High Court has given the Iraeli army until November 14 to respond.