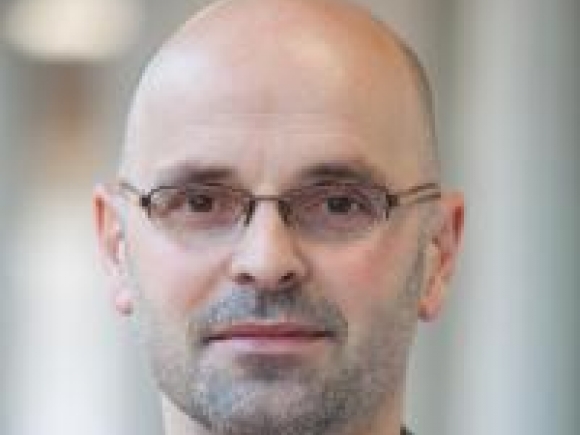 Nine months after their offices were attacked by Muslim extremists, Charlie Hebdo’s cartoonists are facing calls for prosecution for allegedly inciting hatred through cartoons of the Syrian toddler, Aylan Kurdi, lying dead on a Turkish tourist beach.

In one cartoon, the dead Aylan is depicted lying face down in the sand underneath a McDonald’s billboard that reads: “Two children’s menus for the price of one”. The caption says, “So Close to the Goal.” Another cartoon shows him dead next to a large orange dinosaur (alluding to the host of a French children’s TV show called Children’s Island), with the caption “Welcome to Children’s Island.” A third cartoon shows a picture of Jesus walking on water, with the caption “Christians walk on water; Muslim children drown.” A further caption says, “Proof that Europe is Christian.”

It has been suggested that Charlie Hebdo’s cartoonists should be prosecuted for hate crimes, with Peter Herbert, chair of the Society of Black Lawyers, tweeting that his association would consider reporting the cartoons as “an incitement to hate crime & persecution before the International Criminal Court.”

Many have already pointed out that Peter Herbert and others who have called for a prosecution probably missed the point of the cartoons.  For example, Maajid Nawaz, head of anti-radicalization think tank Quilliam, interprets the cartoons as an indictment of Europe’s refugee policies. This difference of opinion in itself illustrates why cartoons so often attract ire: Offense is often in the eye of the beholder.

But being offensive is not a criminal offense and just because someone — or even large numbers of people — might find a cartoon to be in bad taste, that doesn’t mean the cartoonist should be imprisoned. To warrant prosecution in France, a cartoon needs to constitute hate speech or otherwise run afoul of the law. This needs to be measured by legal standards, and not by the standards of a court of public opinion in which offense and hate speech are often confused.

Taking international human rights law as a yardstick, hate speech is a specific category of expression which enjoys no protection whatsoever. Article 17 of the European Convention on Human Rights provides that “[n]othing in this Convention may be interpreted as implying for any State, group or person any right to engage in any activity or perform any act aimed at the destruction of any of the rights and freedoms set forth herein or at their limitation to a greater extent than is provided for in the Convention.” Under Article 20(2) of the International Covenant on Civil and Political Rights, all States are under a duty to prohibit by law “[a]ny advocacy of national, racial or religious hatred that constitutes incitement to discrimination, hostility or violence.”

Human rights courts have taken numerous cases in which they have applied these standards and which can serve as guidance for situations such as the latest Charlie Hebdo controversy. For example, in the case of Norwood v. UK, the European Court of Human Rights refused to hear the application of a right-wing politician who had been convicted for displaying a poster of the Twin Towers in flames with the caption, “Islam out of Britain – Protect the British People” along with a symbol of a crescent and star in a prohibition sign. The Court held that this “amounted to a public expression of attack on all Muslims in the United Kingdom,” and continued that such a “vehement attack against a religious group, linking the group as a whole with a grave act of terrorism, is incompatible with the values proclaimed and guaranteed by the Convention, notably tolerance, social peace and non-discrimination.” That it was, in other words, hate speech.

The latest Charlie Hebdo cartoons don’t come anywhere close to this standard. Even assuming that the cartoons mock a dead three-year-old boy, which is unlikely in the extreme, they are at worst a very bad joke — but they do not constitute an attack on a religious group linking it with terrorism, nor do they incite hatred. If anything, they incite pity.

Charlie Hebdo’s cartoonists — and the cartoonists’ lawyers — have been here several times before. Over the years, Charlie Hebdo has been sued nearly 50 times in the French courts, mostly by religious groups. Catholic groups have been the most litigious, followed by Islamic associations and right-wing extremist groups, which the magazine also offends with great vigor and enthusiasm. The magazine has won the vast majority of cases brought against them, the best known being the series of “Mohamed cartoons” that led to riots across the world. These have been subject to litigation in France, Denmark, the UK, the Netherlands, Germany, and at the European Court of Human Rights, and in none of these cases have the courts found the cartoons to constitute an incitement to hatred.

For human rights to thrive, true hate speech needs to be prosecuted, there is no doubt about that. But clamping down on the right to freedom of expression is likely to be counterproductive, particularly if the call is to clamp down on the speech rights of those who seek to draw attention to what’s wrong with our society. Cartoonists are often foremost among those.

The reality is that Europe is faced with an unprecedented refugee crisis. People are dying in the Mediterranean on a daily basis and European solidarity — either with fellow States or with the refugees themselves — is in very short supply. Instead of prosecuting a cartoonist who is drawing attention to this, we should be dealing with the real crisis.