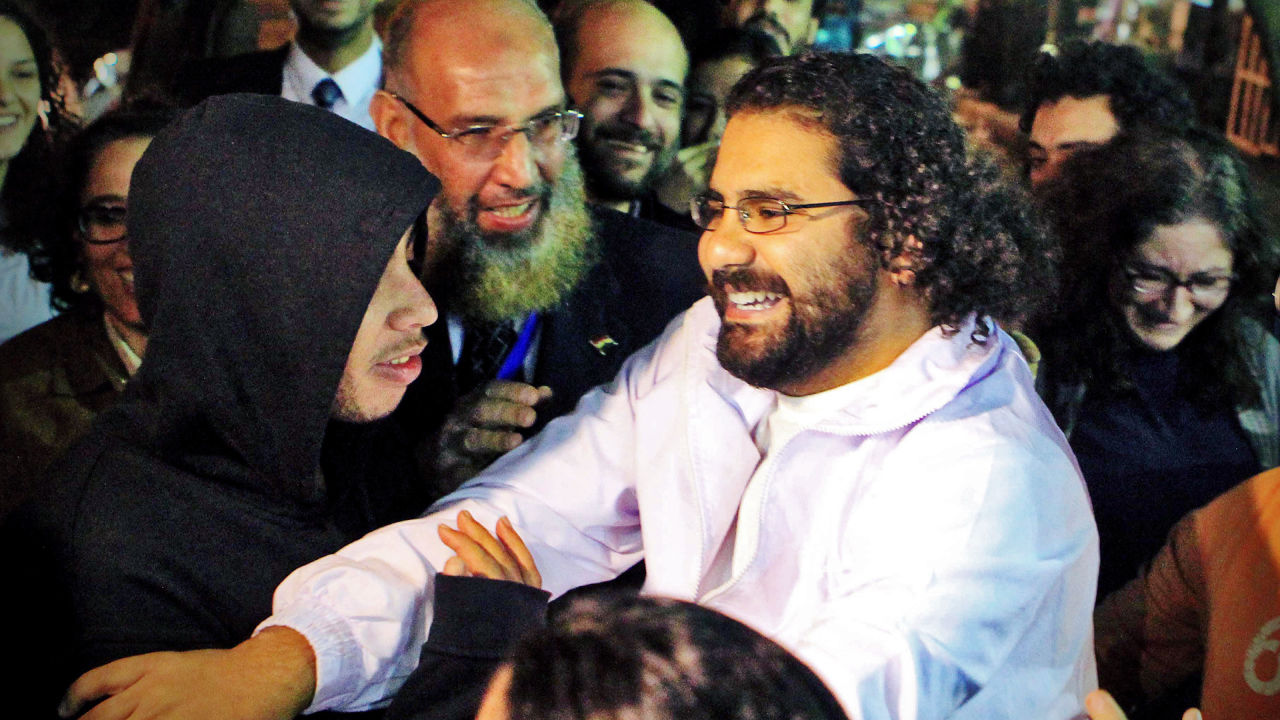 Egyptian human rights activist and blogger Alaa Abd El Fattah, currently serving five years in prison for his participation in a peaceful demonstration, is being detained arbitrarily and must be released, said the UN Working Group on Arbitrary Detention on Wednesday 29 June. This followed a petition to the Working Group by Media Legal Defence Initiative (MLDI) and the Electronic Frontier Foundation (EFF).

Alaa Abd El Fattah, a leading figure in the 2011 Arab Spring, was arrested on 28 November 2013, two days after participating in a peaceful demonstration against a law allowing Egyptian civilians to be tried in military courts. He was arrested without a warrant and beaten by police officers, while authorities raided his home.

The UN Working Group on Arbitrary Detention called on Egypt to immediately release the influential human rights activist, finding that he was detained arbitrarily as a result of the exercise of his right to freedom of opinion and his participation in a peaceful demonstration on 26 November 2013.

Alaa Abd El Fattah’s trial was riddled with procedural irregularities and the evidence that was presented was weak, irrelevant and fabricated. On 11 June 2014 he was convicted in his absence, while waiting outside the courthouse to be let in, and sentenced to 15 years in prison. During the retrial that consequently took place he received a shortened five-year sentence. His conviction is seen as emblematic of Egypt’s effort to target activists, who continue to fight for free expression.

MLDI’s Senior Legal Officer Alinda Vermeer said: “Alaa Abd El Fattah’s valuable work in unmasking Egypt’s disregard for human rights made him a prime target for the Egyptian authorities. In light of the strong opinion of the Working Group, which recognises his important work and calls for his immediate release, Egypt must now take action and free Alaa Abd El Fattah.”

MLDI and EFF are grateful to the Euro-Mediterranean Human Rights Network and the law firm Leigh Day for their help in petitioning the Working Group.